Take My Slap Chop But Don't Touch My... 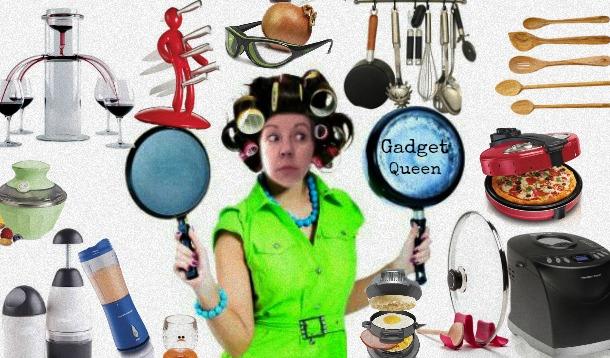 ....Pizza Maker. That's right, my shiny new red pizza maker. When Hamilton Beach came out with this impressive new gadget I knew I had to have it. Well, that's not exactly true. At first I thought, "A pizza maker, really? Isn't that what the oven is for?" And "Holy crock, where am I going to store yet another small appliance?"

Legit concerns, but as I soon discovered, completely unfounded.

Why this brilliant appliance gets the Party Mummy Seal of Approval:

1. It's green. Well, it's red, but it's eco-green. Instead of heating up my oven to bake one pizza, I can cook it in my little pizza oven for a fraction of the energy. As well, it doesn't need to preheat.

2. It's super easy to clean. Just take out the baking sheet, rinse, and that's that.

3. It's quite flat and tucks away inside my appliance cupboard (it sits on top of my slow cooker).

4. It's simple to use, quick and efficient, has a timer and auto shut-off.

5. It's not just for pizza. Essentially anything I used to make in the toaster oven, I now make in the pizza maker. Best part, it can hold much more.

What you can make with it:

Pizza of course. Fresh or frozen, a 12" pie cooks up crisp and delish. 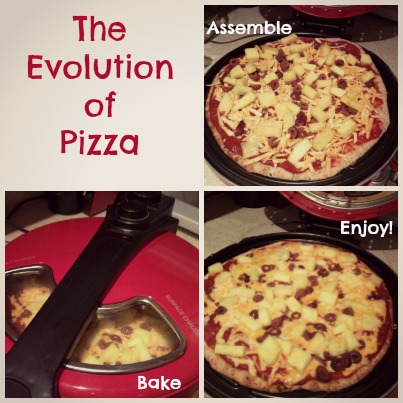 This is one of our favourites— Indian Naan Pizza. Nom, nom, naan. 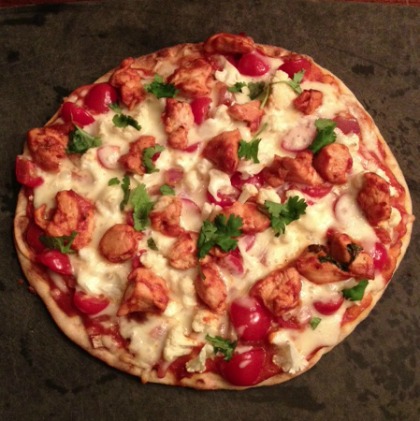 Veggies, like asparagus. Cut parchment paper into a circle and bake at level 4 for 8 mins.

Top with a little olive oil and fresh parmesan cheese. 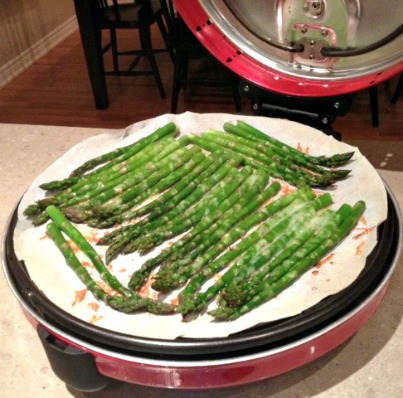 Grilled cheese (flipped once during baking), garlic bread or bruchetta. 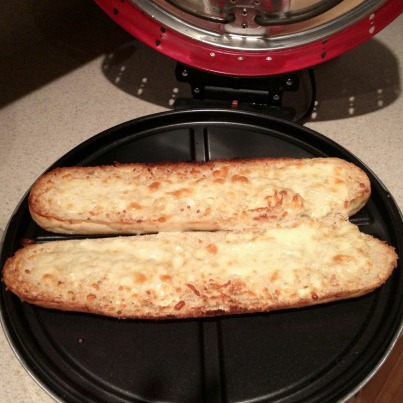 Fish sticks for our weekly fish tacos! (I used to bread the fish myself, but I got wise and now buy the organic breaded fish sticks. Big time saver and still really tasty.) 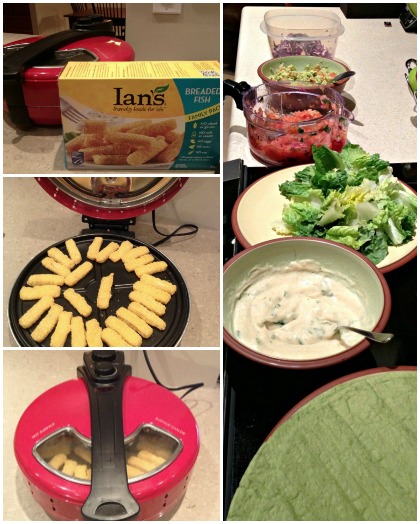 Where to get it: Online at HamiltonBeach.ca and Amazon.ca and in TruServ retailers across Canada.

Related: How To Host An Adult "Make Your Own Pizza Party"

Disclosure: This is NOT a sponsored post. I was given the pizza maker but I wasn't asked to write about. However, when we kitchen gadget hoarders stumble upon something fabulous, we like to share. Hoarders are good that way. 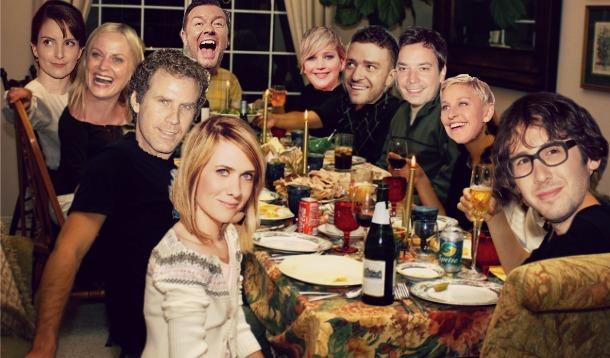 January is gross. It's minus a million degrees, every outdoor surface is covered in a menacing layer of ice and I turned another year older this month. The only thing more depressing than January is dumb-ass February.This is the the time of year when I reach out to friends for comfort and a laugh. However, due to slippery roads and even slicker schedules, I'm on my own for awhile. So until the thaw, I’m hosting an imaginary party in my head, with ten of my favourite funny peeps.

My top ten list of Best Ever Party guests:

Tina Fey and Amy Poehler—You've fantasized about being their best friend too, right? Obviously.

Will Ferrell—He makes me laugh but this guest is mostly for my husband. #mancrush

Kristin Wiig—My favourite character on hers from SNL... Penelope, the compulsive one-upper.

Josh Groban—He has a great voice, but his tweets are even better. Gotta love that self-deprecating humour.

Ellen—Hello, it's Ellen. She doesn't' even need a last name.

Jimmy Fallon and Justin Timberlake—I love everything of theirs, especially if it comes in a box.

Jennifer Lawrence—She photobombs and flips the bird. What's not to love?

Ricky Gervais—Brilliant. That is all. 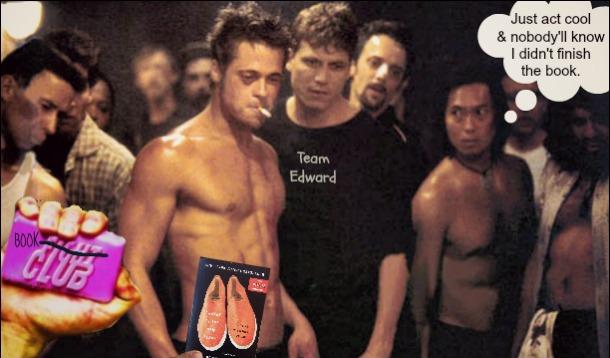 Once a month, countless women across Canada meet to talk books and ingest mass quantities of chips and dip. This literary league of moms, otherwise known as Book Club, abandons their families in the midst of chaotic bath and bedtime routines (I honestly think my tires squeal a little as I drive off) to dissect the days' best sellers. Amid appetizers and themed cocktails, great discussions unfold, trouser buttons are undone and good times are had.

An essential component of any successful Book Club is the hostess. She sets the tone and ensures the steady flow of discussion...and wine. She makes sure everyone is heard and that the chip bowl is never empty. She also breaks up any fights that may break out between club members. Some discussions can get pretty heated. Don't even get me started about the "Team Edward vs. Team Jacob" brawl of 2009.

#1 - The first rule of Fight Club is, you do not talk about Fight Club.

#2 - The second rule of Fight Club is, you DO NOT talk about Fight Club.

#8 - If this is your first night at Fight Club, you have to fight.

Ironically, my book club has the exact same rules, with a few minor alterations...

#1 - The first rule of Book Club is, you do not talk about Book Club...unless some nerdlinger decides to blog about it.

#2 - The second rule of Book Club is, you DO NOT talk about Book Club...or god forbid take photos. What? So I may have posted a few shots to Instagram.

#3 - If someone says stop, goes limp, taps out...they’ve had too much wine or overdosed on two-bite brownies.

#5 - One book at a time....although I currently have three half-read novels, a self-help book, several magazines and a pamphlet stacked on my bedside table.

#6 - No shirts, no shoes...wait, I broke that rule. I wore a shirt AND shoes. I had to. a) Nobody wants to see this lily white post Christmas belly. b) I had holes in my socks.

#7 – Book discussions will go on as long as they have to...or until someone’s husband calls asking/pleading for them to come home.

#8 - If this is your first night at Book Club, you have to fight...to make yourself heard over the ridiculous amount of chatter, laughter, slurping and lip smacking.