(But yes. It Can Be Annoying.) 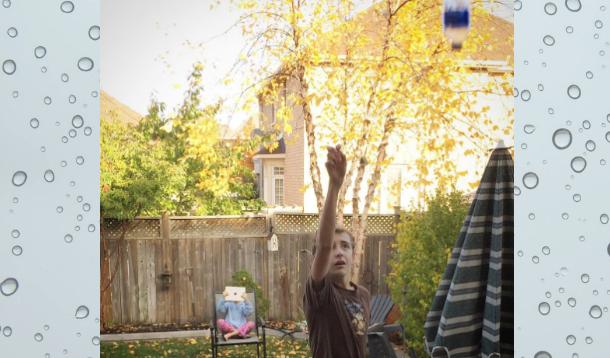 If you’re the parent of a Canadian tween or teen, this is likely the soundtrack of your life right now.

If your kids are still young, you’ve probably heard this repetitive thumping somewhere off in the distance—it’s the sound of plastic water bottles landing on the ground... or the table, or kitchen counter, or rim of the basketball net, or hood of the car, or roof of the shed, or windowsill (we currently have four bottles languishing in our eaves trough).

Kids are obsessed with mastering the bottle flip—made famous by (what else) a viral You Tube video.

It’s a simple concept. A non-concept really. Just empty about half the water from an ordinary water bottle and tighten the cap. Hold from the cap end and flip the bottle in the air 360 degrees and attempt to land it upright; the more impossible the landing, the better. Or should I say, the more “totally epic.”

It’s an annoying sound to say the least. I despise repetitive noises. Especially tapping or clicking or wrapper crinkling or god help us all, food chewing. Misophonia my friends, it’s real and it’s a pain.

Last Sunday as I attempted to sleep in (past 7AM... is that too much to ask??) I was awoken but the sound of my son hurling a water bottle into the air over and over. With each thud I was all, “Seriously?? How is this even a thing?” It’s like he’s training for the bottle flipping Olympic team. If only such dedication was reserved for guitar practice or putting away his laundry.

Water bottle flipping has been banned in some schools. During math class or an English lesson, I can see how it would be distracting. And at recess I suppose there are concerns about kids getting klunked in the head with water bottle missiles falling from the sky.

Bottle flipping is irritating. We can all agree. However…

The kids LOVE it. How can we deny them a little innocent childhood fun?

Not to mention, it’s free and IT’S NOT TECH. How novel. It requires strategy and math (Or is it science? Which one’s trajectory?). Plus it improves hand-eye coordination and collaboration skills.

My son and his friends work together to set up elaborate flip scenarios and take turns filming each other's attempts. The end game is to capture the ultimate landing on video and share it with the world. Okay, that part's tech but still. Better than hours of video games in my opinion.

As annoying and misophonia-inflaming as it is, I decided to try it.

And guess what? It’s a hoot. And not to sound too braggy, but I kick ass at water bottle flipping.

A seemingly effortless landing tacked on to the end of a sentence as you walk away, is my signature move.

Mom: “Put your bowl in the dishwasher please.”
Flip… land… walks away.

Mom: “Do you find it humbling that your mother is such an awesome flipper?”
Flip… misses the landing and says, “I meant to do that. You know, for your self-esteem.”

The bottle flipping ability gene runs predominantly on the female side of our family.

As aforementioned, I rule. But so does my daughter. The kiddo has significant fine and gross motor delays, yet she can flip it like it’s hot. Check out one of her most epic landings. 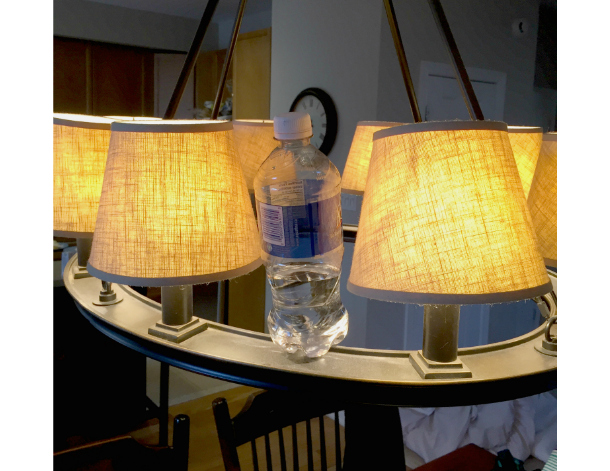 Mind you, she meant to land it on the table but, wow. 10,000 bonus points for a chandelier landing (and an additional 500 mommy gratitude points for not smashing the decorative bowl on the table in the process). It’s a shame nobody was filming at the time. That sh*t would’ve gone viral. Usually one of my kids is filming the other with the iPad. It’s the cutest flippin' thing. 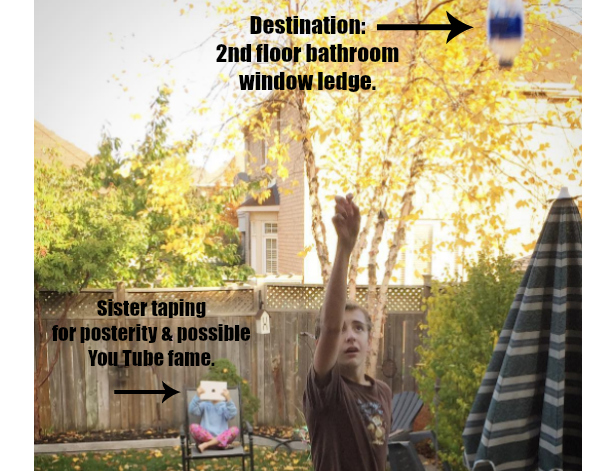 Side note: I made my daughter wear her bicycle helmet last time they were practicing in case a bottle landed on her head. I can’t decide if that was smart or completely over-the-top bubble wrappy.

Anyway fellow parents, before you condemn this trend, take the challenge. You'll be surprised by how much fun it is.

P.S. When my first epic landing goes viral, I’ll be sure to let you know.

What You Need to Know About the Kylie Jenner Challenge