This Cancer Could Have Been Mine

It Could Easily Have Been Me 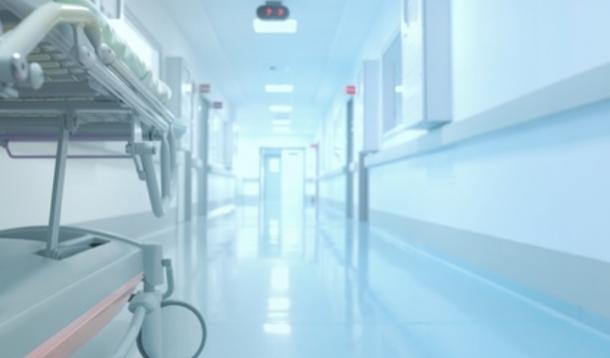 Obviously some cancers are worse than others, but there’s no such thing as a silly, light-hearted, "cute" cancer. If you pull the straw that results in the words, “Your biopsy came back positive,” you and the people who love you are in for shit show.

All cancers by nature are belligerent assholes, but I have a personal beef with breast cancer. It took somebody very special from my family. Losing her so young and healthy and kind and funny as hell, makes no sense. It has left a hole in our family. And in its wake, it has left me afraid. Carcinophobia is "the fear of cancer." It's real and it can be debilitating if you let it.

Last spring after my annual mammogram I got that phone call—the “we spotted something on your scan” call. More often than not this is a false alarm. I’m one those dense breasts and cysty types so this wasn’t my first time at the callback rodeo.

But false alarm or not, I was sufficiently alarmed. You know how it goes. You start thinking and over-thinking and second guessing and worrying and next level catastrophizing.

Sitting in the chilly hospital waiting room in my gown I felt sweaty despite my goose bumps. I’m not good at waiting. It makes me feel out of control and vulnerable.

As I listened for my name to be called an exam room door opened and I locked eyes with my child's coach. We said a quick hello but nothing more. She was in a rush to leave and it was my turn to go in.

The tech confirmed I had a new cyst. A benign sack of fluid. And I exhaled. I left the hospital feeling relieved and lucky, like yet again I had dodged a bullet.

I saw our coach that night at practice. I searched her face for traces of worry but there were none. She was busy coaching and everything seemed as it should be. I exhaled once again.

Several months went by as I enjoyed the summer with my family. Life went on as normal.

This fall we returned to the gym, and I looked for our coach. I didn't see her at first. But then I spotted her across the lobby and I froze. She walked toward me wearing a head scarf. I felt my pulse quicken. After a few deep breaths I followed her into her office.

"Fuck is right." she replied matter-of-factly.

I am in awe of her and the other women in my life who have pulled the cancer straw. What they are facing is the scariest thing of all. And yet they haven't crumbled. Just the opposite. I wonder if they are amazed by themselves, in their strength? They certainly should be.

I'm sure my child's coach, my friend, has had her moments. How could you not rage against this disease? How could you not cry and scream and pound your fists? But she comes to work. She shows up. She holds her head high. Her beautiful, bald perfectly shaped head.

I know you don't want to be called "inspirational." You're simply doing what has to be done. But you are inspirational. You're inspiring me and the kids at the gym who see you as strong and determined. You're up front, willing to talk about it, to tell it how it is.

We see you smiling and laughing and living strong.

As I write these words, it occurs to me that this story will be published in October. October is Breast Cancer Awareness Month. I didn't write this for that purpose. I am well aware of Breast Cancer. Only a few short years ago I could count on one hand the people I know who have been affected by it. Now I use two hands.

To the fierce and fantastic woman I know who pulled the cancer straw, I'm sorry. It could've just as easily been me.

And at the end of your treatment, when you ring the 'Bravery Bell,' it's going to be the sweetest sound.

Donna McCullagh was one of the nurses who helped come up with the idea of the Bravery Bell for chemotherapy patients at Princess Margaret Cancer Centre.

"The 'bravery bell' was inspired by the bells that sound the end of a round in boxing. Affixed to a wall on the chemo ward, the bell is rung by patients who have finished their last session of the treatment. It is a victory celebration of sorts, met with applause and tears from staff and patients alike. In August 2015, after her second round of chemo, she got to ring the bravery bell herself."

"Going into chemo is a battle you have to go into on your own, but (the bell) gave other people hope that there was an end to this,” McCullagh told the Star last year.

Sadly Donna lost her battle this fall, but she leaves behind an incredible legacy of courage and hope.

RELATED: I Was 30 Weeks Pregnant When Doctors Told Me I Had Breast Cancer