How To Deal (and NOT to deal!) With Stares And Awkward Questions 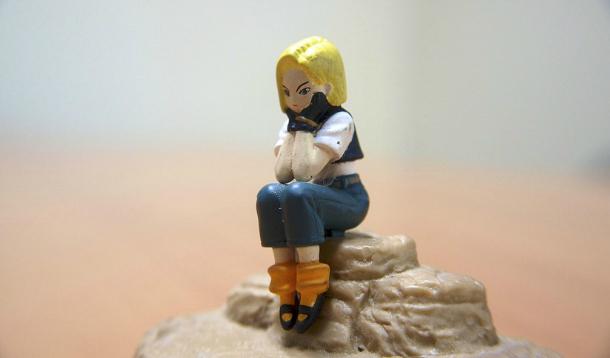 If you invite my daughter with special needs to a party she'll RSVP a resounding YES in giggles and jumpy claps and possibly a high kick. Her desire to connect with other humans, kids or adults (she's not picky) is one of the reasons we entertain often and host a lot of craft/baking/holiday theme parties at our house. She isn't invited to many parties, so we bring the party to her!

When my girlfriend invited Avery to her kids' birthday she circled the date on the calendar and literally counted down the days. She told everyone at school/at the grocery store/in her dance class/anybody within earshot, that she was going to a party.

When we arrived at the party and Avery said hello to her friends I could already see the confusion spread across the new kids' faces. Friends who know Avery understand that she is different. They honestly don't care. I wonder if they even notice anymore? They love and accept her and they're patient when she can't find the words. I totally get that people who have never met my special girl struggle to figure her out.

My child doesn't have any immediately recognizable physical traits to identify her as a person with special needs. She's physically atypical. So when this nine year-old speaks to you in a speech pattern of a much younger child, it's confusing. And when she touches you or hugs you or stands too close, it might come across as an invasion of your personal space. She's also very petite which might lead you to believe she's much younger than she is.

So I understand that when you meet my daughter for the first time, you might have questions.

I know it, but I'm not always emotionally prepared for it.

When one of the little girls at the party took a pronounced step back from Avery who was trying to get a closer look at the sparkles on her pretty party dress, I stepped in. I can't help it sometimes. To put newbies at ease I smooth things over by explaining without outright explaining. So I'll say, "That's really a pretty dress isn't it Avery? You have a sparkly dress like that too, don't you?" And then I'll engage the friend in conversation and find some common ground by saying something like, "Where did you get your dress? It's really pretty. Avery's favourite colour is purple too." Annnnnnnnd, discuss.

I know that my child can speak for herself. In fact, despite her delayed speech, she's a chatterbox.

I also know that she doesn't always need me to facilitate. But sometimes the other kid — the uncomfortable one — needs a little help.

When the partiers gathered around the table to await the birthday cake, there weren't enough chairs so some kids shared. I asked one of the girls to scootch over so Avery could sit beside her. The girl obliged but when I turned my back, she jumped up and moved two seats over. Apparently she was more comfortable squishing three to a seat, than sitting with the different girl.

One of the boys at the table was whispering, loudly, the way kids do. The girl beside him said, "She said she was nine but she can't be." He whispered back, "What grade do you think she's in?"

"WHY DON'T YOU JUST ASK HER WHAT GRADE SHE'S IN? SHE'S SITTING RIGHT THERE!" I snapped.

There was a sharp edge to my voice.

The boy looked surprised at my outburst, but he only shrugged and then asked her, "So what grade are you in?"

"I in grade four. My brother is in grade seven." she answered smiling. (Her brother wasn't at the party, but she always includes him anyway.)

My friend knew something was up when I turned down a slice of ice-cream cake.

When I told her what happened she was angry on my behalf and she scowled in Avery's defense. But Avery was fine and was happily sporting a chocolate ice-cream mustache, totally oblivious. She doesn't notice when people are talking about her. But knowing her, if she did, she wouldn't care. She marches to the beat of her own drummer and could give two shits what you think of her. God, I wish I was more like that.

After nearly a decade of parenting a special kid, I've gotten into a groove. Today I was off my game.

NORMALLY in a situation like this, as the kids took their seats at the table I would have casually leaned in and laid a blanket statement over the table before the cake came out. I'd have said something like, "Hey kids. This is M and J's (the party hosts) friend Avery. Some of you might not know her. Just so you know, she has a bit of trouble with her speech, so if you have trouble understanding her, just ask me and I can help. She's nine and she's in grade four at XYZ Public School. Avery and I just came from her dance class. Anyone else take dance?" (or some other crowd specific conversation starter).

Usually this starts the kids talking and including my daughter in the conversation. But mostly, it pre-preemptively answers kid's questions and puts them at ease. And, it gives them permission to respectively ask questions.

But I didn't do it this time. Instead of advocating for my child properly using a tried and true method, I reacted emotionally.

The rest of the party was lovely. Avery played and partied and had loads of fun. She always does.

My friend apologized to me, but she obviously had nothing to be sorry for. Even the kids who distanced themselves from my child didn't need to apologize. It's human nature. We all try to figure each other out. And when we come across a new person who doesn't fit into our scope of understanding, we ask questions. And kids, who are not the most tactful (though adults can often be much, MUCH worse) can stumble. And when they do, it's my job as my daughter's mum, to step in to help.

Will My Daughter With Special Needs Get To Be A Mummy?

How A Simple Play Date Became A Game Changer