Why We Worry And How You Can Win The Worry War

Quit Worrying And Start Whoo-hooing In Your Game Of Life 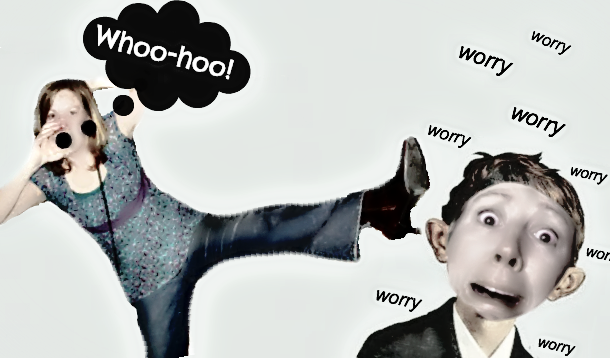 Some days I look in the mirror and think, "Lady, you've got it goin' on." Other days I think, "Lady, WHAT is going on? Quit your worrying!"

I understand the parameters of reality, so why am I such a worrier? I know it's pointless. In fact, worrying to excess is harmful. I know better, so what gives? I think I have an answer.

The first time I recall being truly worried was when I was seven years old. My dad traveled a lot and one night his plane was late. I was convinced he had crashed and I worried myself sick. Of course he was fine, just delayed.

Over the years I continued to worry about a variety of things from A to Z — some realistic, some ridiculous. 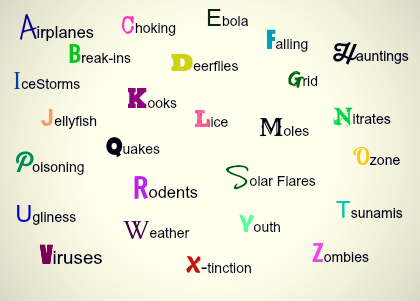 They say only 8% of our worries are realistic. And of those, we can actually only do something about half. This means 96% of the things we worry about are a useless waste of time.

Why do some people worry more than others? I have a theory that we worriers have three things in common:

We dictate and delegate, but then end up doing everything ourselves because everyone else does it wrong. We like to organize and compartmentalize and strategize and basically orchestrate the outcome of like, everything. And when we realize we can't actually control nature and destiny, we freak out a little. If we can't control it, we worry about it.

2. We have vivid imaginations.

Having a creative mind is wonderful. But for those predisposed to worry, it can be disastrous. A dog barking outside isn't just a frisky pet. Instead, we imagine it is a warning that a burglar is casing the joint. We imaginers can take an ordinary scenario and twist it into an epic conclusion that Stephen Spielberg himself would envy.

I come from long line of worriers. You can identify us by our wringing hands and worry lines. This was fine with me until recently. It became un-fine when I saw the signs in my son—he was growing into a wee worrier.

Replete with regret, and of course worry, I knew I had to break the cycle.

It started with me. I worked hard to quit the worrying. Meditation, breathing techniques and changing the pattern of negative self-talk and catastrophizing helped a lot.

But the one thing that helped most was working together with my son. By being a positive role model for him, even if it was an 'act' at first, stuck and became reality. Talking through our feelings worked wonders too. By showing him how to take risks, to be grateful, gentle and gracious, and to live life in the moment, I learned how to walk the talk.

Cutting down on worry is something that takes time to work through, but in the mean time, here's something fun that will take your mind off worry for a little while. It's THE GAME OF LIFE - CAA Edition game!

If you live in South Central Ontario, you can earn an entry by playing THE GAME OF LIFE - CAA Edition for your chance to win great prizes and earn entries into our grand prize draw for an incredible dream vacation! Now how's that for a cure for your worries? And don't worry...you can enter daily.

The game of life is filled with challenges and obstacles at every turn. Worrying about them is exhausting. It depletes us of our ability to enjoy life to the fullest and it robs us of time and energy better spent elsewhere. I'm happy to say that my son and I seem to have this worry thing under control. Sure, we still have work to do, but I'm certainly not going to worry about it.

This is proudly sponsored by our friends at the Canadian Automobile Association of South Central Ontario.
www.caasco.com

Contest open to CAA Members and non-members. Complete rules and regulations are available at www.caagol.com.

HASBRO and its logo and THE GAME OF LIFE are trademarks of Hasbro and are used with permission.
©2014 Hasbro. All Rights Reserved.
®CAA and CAA logo trademarks owned by, and use is granted by, the Canadian Automobile Association.