Dining In The Dark 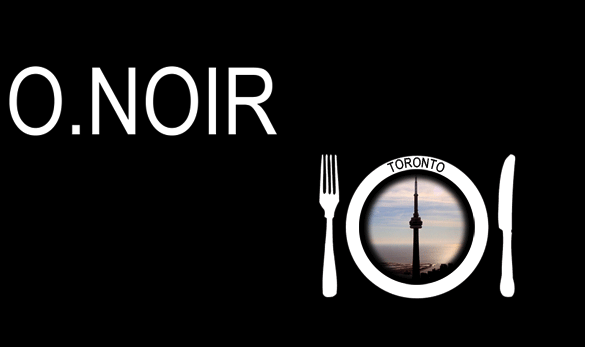 Eating in the dark isn't new for me. I often squeeze my eyes shut at the family dinner table in hopes of finding a moment of reprieve from the chaos. But, dining in the dark at the Toronto restaurant O.Noir is NOT the same experience. In fact, it is an experience unlike any other.

When Erica and I were invited to attend a special lunch, they told us we would be eating in the dark, but we assumed there would be some light. Wrong. It was PITCH BLACK and it was fantastic.

HERE'S HOW IT WORKS:

You descend down the stairs into a dimly lit lounge where you can have a drink while perusing the menu. Check out the fare for yourself here. You order your meal before entering the darkened dining area. Guests are led to their table, conga line style by their sight impaired server.

"Blind people are the best people capable of doing the job in such context. You will become blind for 1-2 hours and you really must be able to trust your waiter. It is a true "transfer of trust" and an amazing approach to raise awareness about blind disability and disability in general." source

The lunch menu created specifically for this event included pulled pork sliders, or so they tell me. I couldn’t actually SEE the sandwiches nor did I taste one since I’m a Flexitarian. I eat chicken occasionally and beef rarely (as in not often, not blood rare). Instead I had a lovely tomato risotto which I ate with my hands. Nobody was the wiser until I discovered I had lost my napkin. It's possible that I ate it.

The next course was a decadent aged cheddar soup. Thankfully we were instructed to sip from the bowl instead of using a spoon because no doubt most of it would’ve ended up on my lap. Or Erica’s since she was within my splash zone.

It’s odd communicating in the dark. While Erica spoke to me, even though I couldn't see her, I turned and looked in her direction and she told me she was nodding in response. People also speak very loud in the dark, as though trying to compensate for their loss of vision. After a short time, it became easier and more relaxed. In fact, talking with others in the dark is actually kind of freeing.

When our amazing server Diana delivered the next plate, she asked if I had received mine yet? At least, I assumed she was talking to me. It’s difficult to decipher who is speaking to whom without visual cues. She guided my hands to my veggie meal. The main course was oh-so tender. And beefy. I didn’t clue in that I had someone’s else plate until I had polished off the marinated Portobello mushroom and got down to the beef in its flavourful sauce. By then it was too late. It was too tasty to turn back. Sorry cow. You were delicious.

As I wiped the gravy from my chin (on to Erica’s pants) I pondered this experience. Without distractions like people watching and technology (all cell phones were hidden away), the focus shifted to the flavour of the food and the conversation became more flavourful and engaging as well.

Would I dine in the dark again? Yes!

Would I wear a white blouse again? No.

This be a great venue for a team-building exercise or staff party! Erica? Next YMC team meeting...in the dark? I promise not to wipe my hands on your pants. 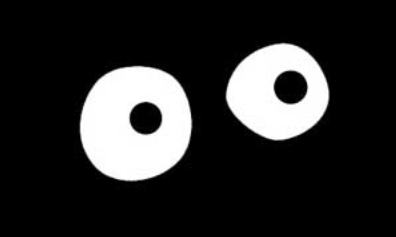