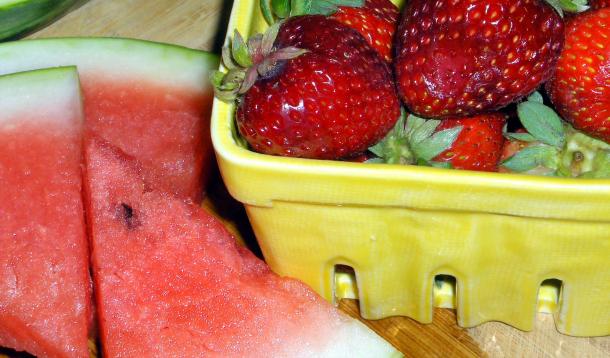 Is there any other word that so instantly evokes childhood summertimes?

Say “popsicle” out loud and you can almost taste the twin rectangles of frozen grape. Or cherry. Or the flowery sweetness of that faux-banana.

We remember the concentration it took to split a Popsicle perfectly in half, one for you, one for your sister, and the tragedy that ensued if you botched it, and one of you received a broken third.

We recall the feel of the splintery wooden sticks as you chewed on them afterwards, wishing you had an extra fifteen cents for another.

Or, even better, a quarter: because a quarter could buy you a Lola, a solid pyramid of frozen flavoured ice. The corner store clerk would snip the top of the triangle, and you’d concentrate on pushing up the perfect sliver of Lola to suck on, making it last, not wanting to happen what always did, the sugary juice slurped until all that remained was a slab of clear, flavorless ice.

To usher in the summer of 2013, we took our boys to a big city park for a walk. And Popsicles. Twelve dollars later, the two older boys had swirly Cyclones, lemonade ice-pops on sticks that are always too short and which hasten the inevitable sticky mess. The little one had a healthier frozen strawberry bar, and sweetly believed that he had the same as his older cousins.

Below is a recipe that says summertime almost as sweetly.

There is a grown-up version too. Which will make the beginning of summer holidays that much sweeter.

Blend strawberries in a powerful food processor (or mash in a bowl for chunky option).

Combine strawberries and yoghurt. You can make this as artistic as you’d like—creating swirls with a light mix, or a full blend for uniform Popsicle. Pour into molds (in a pinch, use an ice cube tray and toothpicks) and freeze.

Makes 4-8 popsicles, depending on size of mold. Combine fruit and vodka with a splash of fresh lime juice (and mint if desired) and a cup of crushed ice. Blend well.

Pour into a festive martini glass and garnish with a sprig of mint.