Infertility Is NOT a Shame and Blame Game

Be kind to each other - and yourself! - at Every Stage of Fertility 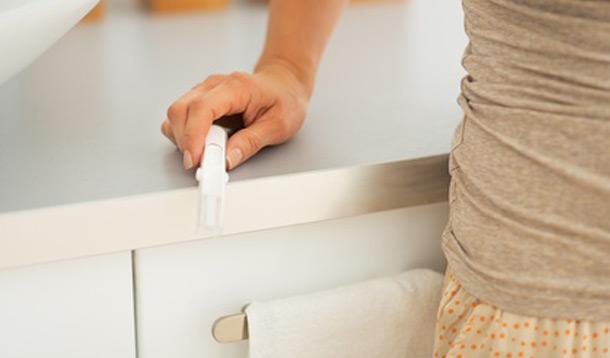 If you've ever struggled with infertility, or had miscarriages, you've probably been at that fork in the road where you had to make a decision: to keep it to yourself or to talk about it. The choice of sharing is often the road less travelled, and many people keep their stories close to their hearts - which is why it is so important and powerful when articles about miscarriage are shared. Whether in later stages or earlier stages, or loss after being ambivalent about the timing of the pregnancy, or stories where any infertility issues are shared, these are often difficult subjects to tackle and considered "off-limits" by many people. But what about the others? People want to connect with others, but aren't always able to. The privacy of their experiences often send them to computer screens to find others who share the same feelings.

Miscarriages and Still Births: Stories Of Love and Loss

I have been asked what the reason for this is. I know the answer, both professionally and personally: It's Shame, and it's toxic.

In John Bradshaw's book Healing the Shame that Binds You, he describes that to have toxic shame as an identity “is to believe that one's being is flawed, that one is defective as a human being.” And when your body is failing to take pregnancies to term, failing to become pregnant month after month, or when you learn it never will, defective is exactly how one can feel.

The feeling is age old with historical roots. Take the many wives of Henry the VIII: The main problem with the wives? They failed to produce the male heir and sometimes failed to produce period. They were shamed, deemed cursed or disobedient to the throne and you know the story— off with their heads! That Henry's sperm dictated the sex or the theory that he had a blood disorder wasn't known or even considered, but women have long heard this message. To be valued, you have to produce.

What I've Learned Living Through A Miscarriage

People get married and plan on having children often thinking it is just a matter of trying, But for many this isn't how it works and they are not able to have children in a traditional way. Others also expect you to get down to business and not many anniversaries in, the questions start.  Zeba says that relatives often questioned her as to when they were going to be having children but she didn't feel comfortable sharing her fertility struggles with the family and would just say they were waiting until the time was right. On the other hand, Zeba says she felt quite open to talk to others about the fertility treatment, stating with some she simply didn't want to be a topic of discussion and certainly didn't want the pity.

And when you've tried and it isn't working, it is frustrating. Jackie says that she was angry at her body, stating that she still really resents her body for continuing to give her her periods and PMS when its obvious that her "entire gyno system was there for decoration"and she felt ashamed that her body wasn't cooperating with her “gender-destiny”.

In my own life, I have kept my journey to motherhood close where and when I could and asked others to do the same. Again it was shame plus I had an array of fears. I was afraid of others—their opinions, their pity, and maybe even schadenfreude. But the biggest part of me feared identifying with a feeling that I was broken. That I was defective. I resented my body not being able to do what it should be able to do and I couldn't wait to figure it all out, be a mom and never think about it again.

Even others that knew my rather obvious story didn't always share about their fertility struggles with me which surprised me. The shame and stigma remain. One woman rather insensitively shared with me how irritating she found it to have people assume she needed reproductive assistance just because she was carrying twins. Even those without the issue want to steer clear of such an association.

How can you combat the shame and get support? First, consider re-framing the narrative, you aren't broken rather you are on your own path. The truth is a lot of people struggle with fertility for a lot of reasons. I doubt you would judge others as broken or less than, so why do you extend that to yourself? Secondly, if you are struggling consider sharing, in your own time, in your own way, with someone you trust and with as many or as few details as you want. More often than not, when you do share, people come out of the woodwork with their stories of loss, struggle, medications, IVF, plans to foster or adopt, their considerations about being a surrogate, etc. We share and bond knowing everyone has a story and many had a journey with many crooks and bends in the road to become a parent. It all helps and we walk away feeling a little less different and a little less ashamed.

Want to read more about relationships and fertility? See Relationship Rescue: Fight Stress, Not Each Other and 10 Cute Ideas for New Non-Traditional Baby Announcements and visit me at my Facebook page where I regularly share relationship articles and resources.