Conscious Uncoupling: Why The Phrase Is Making A Comeback

there's a good reason we shouldn't roll our eyes 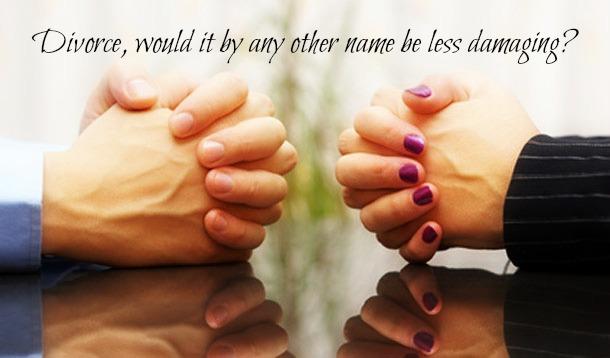 In the past few weeks, I have heard the term “conscious uncoupling” several times outside of the most publicized use by Gwyneth Paltrow. The first time was when I participated on a panel about Helicopter Parenting with co-panelist Doug French of Dad 2.0 Summit, who was featured that previous May with his family in the NY Post about the unique and positive relationship he and his ex-wife share for the benefit of their two young sons.

The second time I heard the term “conscious uncoupling” was when I was a radio guest on Real Parenting in Victoria CFAX 1070. We spoke about 23 Important Reasons to Attend Counselling and "conscious uncoupling.” All this discussion has left me wondering—has this term simply made a resurgence or is it part of the accepted social fabric?

The term “conscious uncoupling” was coined by Katherine Woodward Thomas, a psychologist who runs an online course of this name to help people end their marriages peacefully. But the term made famous by Gwyneth Paltrow was met with scorn and critique by critics of Paltrow, who claim the GOOP publisher and actress is “out of touch”. I believe Paltrow's actual point was missed. The fact is that separation and divorce is hard, and when you have kids, even harder, and trying to work together positively is a good thing.

For others, I know the critique is less about Paltrow and more that the term makes divorce sound too easy or rote, like it takes commitment lightly or perhaps that "conscious uncoupling" gives the idea that walking away from marriage is easy to do. It fails to give the reassurance of “'til death do us part,” which people should strive for in this day, in an age when commitments are taken less seriously. Marriage commitments must be taken earnestly, especially when the statistics for successful second, third plus marriages goes down with each additional marriage. If we don't address issues in our unsuccessful marriages when given the opportunity, then these issues follow us to our future relationships. Kat Inokai doesn't agree that the term is lightweight. She wrote that she is in support of the term, saying that for her the term “divorce” didn't cover the gravity of the tears and struggles that ended her marriage.

Amidst the War of the Roses and in the language of divorce, does any other name smell as sweet?

Jeni Marinucci, YMC writer and writer of Divorce Stories on iVillage, says that although the term was initially met with rage and laughter, she thinks people came to accept and adopt the intent behind the idea, because using a softer term makes sense. Brandie Wiekle, parenting editor, writer, and spokesperson, says that when she first heard the term, it sounded like typical Paltrow trying to suggest she was “doing it better” and re-branding divorce in a way that suited her; however, at the same time she pegged her own family situation as one that lived a "conscious uncoupling" before it was cool, embracing a more collaborative, new family after divorce. It even inspired her website of the same name, which highlights diversity in families. French states that he never cared for the term, “not just because Gwyneth can seem out of touch,” but because “it is not a new thing, rather a neologism that describes what a lot of us have been doing for years.”

If conscious uncoupling means not having a scary, litigious divorce, then my advice is to use it or any other term that suits you. As a marriage therapist, I am all for working on the marriage—and working hard. I fight for marriages every day in my practice, but, of course, not all can or should be saved. In my former life I did custody and access assessments for the court advocating for the best interests of the child, and high levels of conflict are never in a child's best interest. I have seen painful battles, both professionally and personally, and tens and even hundreds of thousands of dollars spent on the divorce with little benefit to either side. How much better would both sides be if they could proceed in the least damaging way? Could a re-frame of the process, with the assistance of a new term, help people proceed in a more proactive, child-focused way?

As Shakespeare said, “A rose by any other name would smell as sweet.” But I agree with Paltrow and many others who would say that the word "divorce" paints too wide a brush on something experienced differently by all who've experienced it.

Want to read more posts about strengthening relationships? See How Not To Have An Affair, Part One and Two, and Crazy Stupid Arguments: How to Break Bad Cycles.

Kelly Flannigan Bos: The Relationship Rescuer Successfully Parenting While Your Partner Is Away