10 Of The Most Memorable Movie Therapists

From the relatable to the counsellor caricatures 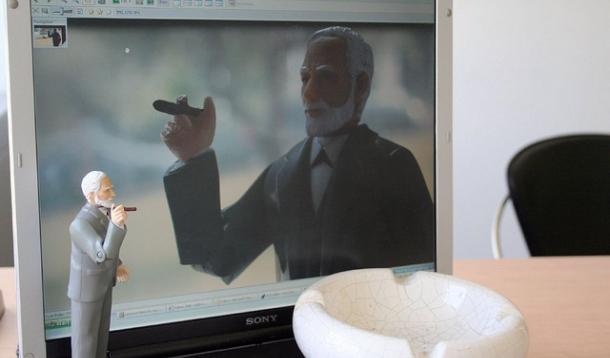 As a therapist, I always enjoy seeing Hollywood's portrayal of the therapy session. Some therapists are relatable and others are more like counsellor caricatures—simply entertainment. When watching therapists on the screen, one can quickly establish who they would and wouldn't want to be working with.

Here are 10 screen standouts when it comes to counselling:

The movie begins with Dr. Wong, played by B.D. Wong (this guy is slightly typecast, also a Psychiatrist in Law and Order SVU), as the marriage therapist to Kevin Spacey and Judy Davis's characters, Lloyd and Carolyn Chasseur. However, the real therapy starts when Dennis Leary's character, Gus, arrives. After a blundered robbery attempt, Gus—the thief—desperately tries to conceal his identity by pretending to be the marriage therapist in front of visiting family members. He tries to fake the role to avoid the law, but eventually has seen too much and takes each family member to task, unleashing some raw and gritty truth, and likely saying everything any therapist that ever saw them secretly wanted to say.

Denzel Washington plays a naval Pscyhiatrist to a sailor with an abusive childhood. One of my mentors recommended this powerful movie to me as a convincing story about the power of the therapeutic process.

I love the reluctant Dr. Oatman (the always fabulous Alan Arkin) with his client Martin Blank, a professional hit man. He tries to end the therapeutic relationship with Martin due to “emotional involvement with him”—in other words, fear of him. But Martin keeps attending weekly sessions despite. In the end, Dr. Oatman does give him the life changing advice of attending his high school reunion while instructing him to do so without killing anyone.

Analyze This and Analyze That:

Dr. Ben Sobel is a therapist who finds himself involved in the therapeutic process with a demanding, dangerous, and possibly unstable client who is also a member of the mafia. I think we all might want to see a Dr. Ben Sobel, because he truly goes above and beyond the therapy room.

Sarah Jessica Parker plays therapist Lucy Ackerman. One scene shows Lucy starting to fall asleep during a session with a client who is talking, yet again, in circles about why this person or that person doesn't call. She yawns, and when he asks if he bores her she says yes and proceeds to rip her phone out of the wall and throw it out the window. This too might be a guilty fantasy of anyone who has heard a story one too many times on the same looping topic.

Silence of the Lambs:

When it comes to Dr. Hannibal Lecter, disturbing doesn't even begin to cover it. Although he is highly intelligent, this would not be my therapist of choice. As a client, I prefer more digesting than ingesting!

Ted goes to counselling to talk about his struggle to get over a girl named Mary. His psychiatrist has the often featured therapist's couch where Ted would lie and talk while his psychiatrist faced away. During the session, the good doctor was actually eating and sleeping and not paying any attention to anything Ted was saying. Generally, he represents people's worst fears in therapy.

Dr. Malcolm Crowe had great remorse over not fully understanding and preventing the death of a former patient. This drove him to do all he could for his new client, Cole. He was patient, understanding, unconventional, and creative, but unfortunately, unwittingly dead.

After a slew of psychologists fail to connect with the brilliant Will, in comes Sean Maguire (Robin Williams), a psychologist that understands Will's roots and although he grabs him by the throat in the first session, eventually he connects with Will and endures Will's challenges to Sean about moving past his wife's death. Sean helps Will with the child abuse he endured and helps him take charge of his life. All in all, a great therapeutic connection minus the throat grabbing start.

Who are your favourite counsellors on screen?