If you are stuck in a cycle of arguing with your partner, here are practical ways to help 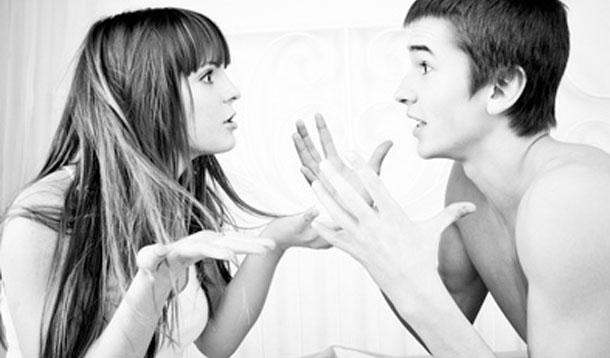 Does it ever feel like arguments with your partner have taken place before? New issue, similar rants. A simple discussion about kennelling the dog might turn into a venue for complaints about the financial struggles, disorganization, snide comments about the in-laws—who can't be asked, because they don't respect wishes about any of your parenting requests let alone dog training—and eventually your sex life will be tossed in there for good measure, because somehow this, too, comes up in the discussion. Recurring or cyclical fights are commonplace in my office, and it is almost as if one could insert any concern and eventually you would have your “argument issue defaults” appear.

Triggered by unrelated and minor issues, these all too familiar and repetitive arguments are common, and overcoming them is possible. The topic of the day may feel important, but the bigger issues, hurts, insecurities, and needs are lying beneath, fuelling the fire. These major issues never get dealt with, as they are lost in the seemingly scripted dialogue you have composed throughout your relationship that breaks down communication. And you blame each other, not always looking at yourself.

During this cyclical fight, you might think, “This is stupid!” or “We don’t need to fight about this!” But you keep going, because the temptation is too great to stay in hoping to correct, be heard, or gain ground mode.

Another distraction from getting to the real issues is your fighting style. So you keep listing examples, bring up the historical evidence, and explain with greater emphasis your point of view. Or maybe you check out, refuse to discuss, and give the cold shoulder and your “fighting style defaults” appear. You counter his avoidance with your aggressiveness, which meets his passive aggressiveness.... and it's all been done before.

There is a way out. Interrupt the patterns of argument issues and fighting styles!

These repetitive cycles are just that, repetitive—repetitive issues, repetitive styles, repetitive... sorry to repeat myself. Your contribution to the cycle could be driving the behaviours and actions of the other and vice versa. Who started it becomes a little chicken and the egg. It doesn't really matter. The point is, don't engage. At least don't engage in the same way. Stop bringing in topics that aren't the specific issue. Try something new. You need to step out and do something different.

When I used to work in a long-term addiction centre, I taught an anger management class. For one of my clients, doing something different when he got angry was the most helpful approach. For example, he might interrupt his angry thoughts by checking his blood pressure or changing his position by subtly standing on one leg. It was just different enough to interrupt an angry pattern.

Once you do something different, the unhealthy pattern will break. If you don't always bring up his spending, you might interrupt him from his rant about your power and control issues. If he stops nagging you with his questions, he will interrupt your stomping out of the room. Stepping away from the pattern is hard and uncomfortable—we've all been there— as you have had a routine focused on defending your point. It is a known approach, but it's not productive. When you make a change, your partner may respond by making positive changes with you, or they may also try to bring you back in to the cycle, baiting you with examples or behaviours. Stand firm. The cycle can't be maintained by one and eventually your partner will also have to do something different

Here are a few examples and approaches to try something new:

If you tend to want to always correct or have your say, don't engage.

If you regularly shut down or duck out during an argument, try taking a moment to stop and hear what your partner is saying.

If you avoid apologies, apologize.

The important thing is to take responsibility for your behaviour and responses, despite the other person. Sometimes you try to do something different, but have gotten sucked back in. Keep trying. And when all of your good healthy actions and self control have not produced tangible results, it might be best to seek a therapist capable of facilitating a more constructive discussion and invitations for change.

Find out how to cope when your partner is struggling with mental health, and what to do when your sex partner doesn't feel sexy.

Kelly Flannigan Bos: The Relationship Rescuer How to Sleep When You Are Too Tired to Sleep