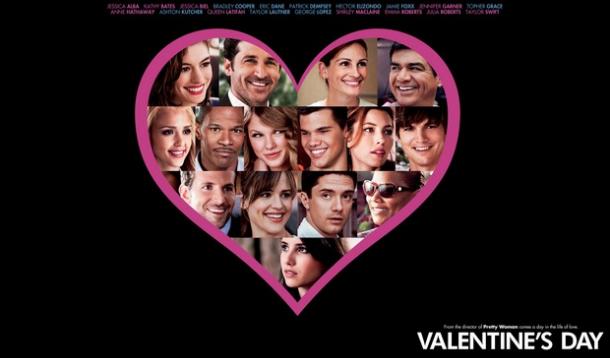 It’s that time of year again—that time when everywhere you look you are surrounded by a sea of red hearts. Chocolates come shaped as hearts, candy comes shaped as hearts, lingerie is sold that is decorated in hearts, and flower shops start to advertise their many rose specials ensuring that there’s not a man around who can actually forget that February 14th is quickly approaching.

Valentine’s Day may just be one of the most marketed holidays next to Christmas, and while I know that there’s a lot of you out there who dismiss the holiday as superficial and unnecessary, I say bring it on!  I especially love seeing how the stars celebrate because love is often fleeting in Hollywood so it’s always fun to see who can manage to stay together for more than one Valentine’s Day.

Although we’ve seen our fair share of shocking splits lately, let’s celebrate this upcoming day of love looking at some of my favourite Hollywood couples and how I think they’d celebrate Valentine’s Day. 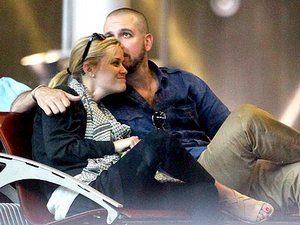 I think I have a girl crush on Reese Witherspoon—and I’ve just realized this. Maybe it’s because she’s a mother of two and can look like a regular mom when out with the kids but then rock the red carpet during awards season or maybe it’s just because she’s managed to date some of Hollywood’s hottest men. But I also think it’s because she seems just so normal, doesn’t she? Reese married her agent boyfriend Jim Toth last April making this their first Valentine’s Day as a married couple.  I guarantee you there will be chocolate and flowers for this couple. 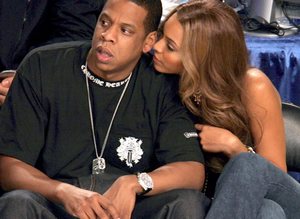 Hip-hop’s royal couple will celebrate their first Valentine’s Day as parents and if you thought Bey’s push presents were excessive I can only imagine what Jay has in mind for Valentine’s Day!  I’m imagining matching diamond baubles for his main girls, aren’t you? 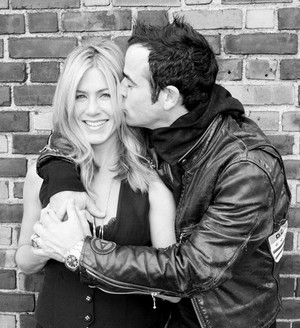 This new couple have been keeping a pretty low profile lately, making me think that Jen just might have a bun in the oven and that she’s waiting for just the right time to debut it.  Either way this is also the first Valentine’s Day for the couple who recently purchased a new home together.  Jen seems like the type who would be just as impressed with a romantic dinner as she would with jewellery, but I have a feeling Justin might surprise her with both. 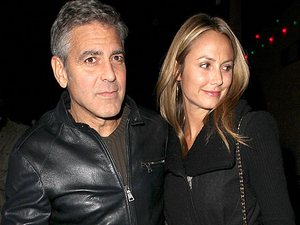 I know a lot of you really like this couple but all I see when they’re together is a dirty old man trying to hold on to a trophy.  That being said I think she’s also clinging to him for exposure, so I have a feeling she’d be the one going all out for Valentine’s Day.  I see these two skipping the romantic stuff and heading right to the bedroom! 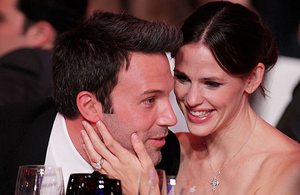 Honestly one of my favourite Hollywood couples even if there are constant rumours about his infidelities.  I love Jennifer because she seems like such a hands-on mother who loves her family but also knows how to make time for herself.  If recent pictures are an indication Jen and Ben might just be welcoming their very own Valentine very soon with Jen due with the couple’s third child anyday.  Either way I see Ben as the type to deliver roses and breakfast in bed along with homemade Valentine’s from the couple’s two girls, Violet and Seraphina.   Awwwwww. 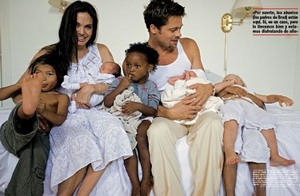 I know how crazy a house with 4 kids is so I can’t even begin to imagine how busy having 6 might be—even with full-time nannies!  But everyone knows that kids love Valentine’s Day—so even if Brad and Angie were too busy promoting movies and fending off tabloid rumours I’m pretty sure the kids insist on celebrating. Maybe Angie makes them heart shaped pancakes! 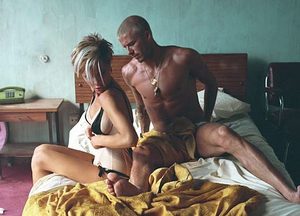 By far my favourite Hollywood couple—simply just because they’re so damn hot together! Seriously, in my imagination there’s a hotel room, champagne, lacy lingerie and a lot of steam! Just like the picture! Clearly Victoria would never indulge in a piece of chocolate so we know that’s out of the question. Honestly though—how hot are they?!

Whether you embrace the romance of or refuse to partake in forced declarations of love, our Valentine’s Day page is filled with articles, crafts, activities, and food to fit your mood.
Category:
Culture - Celebrity
Tags:
entertainment
celebrities
valentine's day
celebrity valentine's
hollywood couples
kelli daisy