Can We Forgive And Move On? 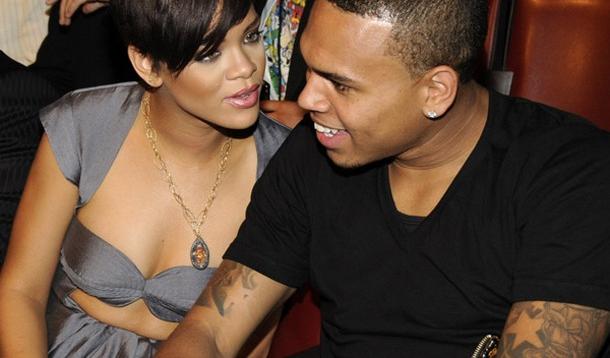 I’ve had this post sitting in my head for a long time now—since the night of The Grammy Awards when Chris Brown performed twice at the very show he had to miss just 3 short years earlier because of the fact that he beat the shit out of his girlfriend.  Since Rihanna released two new tracks this week that she collaborated with her attacker on.  I have tried to reconcile what it was that bothered me the most about his performance and his subsequent duet with Rihanna —and while the fact that he used Rihanna as a punching bag makes me sick to my stomach, the fact that he doesn’t even seem sorry bothers me more.

Chris Brown was a very young man when he beat up his then girlfriend, Rihanna, on the eve of The Grammy Awards in 2009.  He was 19 years old. A child, some of us would say.  And I point this out because I think all of us can remember being stupid and doing stupid things as a teenager.  Maybe not to the point of felony assault, but stupid nonetheless.  And we did it out of the public eye with a chance to redeem ourselves out of the public eye.  My point here isn’t to excuse his behaviour at all, my point is when—and if—do we afford him another chance? I think we can all agree that many celebrities have done the same, if not worse, and still managed to salvage their careers and redeem themselves.  Or at the very least move on from the incident.  The difference, I think, is remorse.

I am disgusted by Chris Brown, not simply because of what he did to Rihanna, but because of how he has behaved since.  Because here’s the thing—I think that if he did what he did, but at the very least recognized what he did was terrible and inexcusable and sought treatment and help and made amends and volunteered at a woman’s shelter and honestly and truly seemed ashamed and remorseful—I think that the public would have given him another chance.  After all, like I said before, he was 19.  He was 19 and rich and famous and had a beautiful and rich and famous girlfriend.

But instead, just 3 weeks after the incident, he chose to go jet skiing at Diddy’s house where he was photographed having the time of his life and flexing his muscles for the cameras. While his ex-girlfriend was trying to heal her face.  Clearly the image of a man who hated himself for his actions. Yeah, right.

Then, two years later while appearing on Good Morning America, the singer smashed a plate glass window and stormed out of the building because the host, Robin Roberts asked him about the assault.  Clearly this is a man who has no rage issues. Yeah, right.

Not to mention the countless twitter wars he’s started with anyone who he thinks he can bully.

But it was after his Grammy performances and wins—when he took to his twitter account once again—that really sealed the deal that this is a man who hasn’t changed at all.

After The Grammy Awards Chris tweeted;

Chris deleted that comment – possibly because his publicist had a heart attack, but then followed up with this comment.

"IM BACK SO WATCH MY BaCK as I walk away from all this negativity #teambreezygrammy."

Forgiveness and redemption aren’t qualities that have a statute of limitations. You don’t get to ask people to move past an incident just because it’s been long enough.  I'm not saying that hitting a woman is ever excusable, but I do think that Chris could have redeemed himself if he actually felt sorry for actions. Forgiveness and redemption are earned.  The only thing Chris Brown has managed to earn from me is my disgust.

Kelli Daisy: Scene and Heard The Oscar Nominations Have Been Announced