10 Years And Not Getting Better 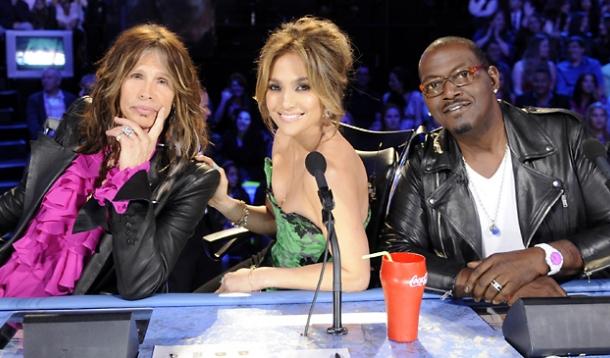 I realize that some of you are die-hard American Idol fans; you watch religiously and follow the show from the audition process right up until the new winner is crowned. I am not one of those fans. I happened to catch someone’s tweets the other day the 11th season of American Idol was starting so I decided to tune in to watch some of the auditions and mostly so I wouldn’t be left out of the conversation. I wasted my time.

The first thing I noticed was that American Idol knows that it’s old and tired. It knows that the last few winners (especially the last one) haven’t really gone on to much commercial success meaning at some point people are going to start questioning the process. It knows it lost Simon Cowell and even the influx of new judges Jennifer Lopez and Steven Tyler can’t replace him. So it tried to play on our nostalgia—showing clips of current contestants when they were young singing alongside Kelly Clarkson on their televisions, or posing alongside pictures of Carrie Underwood wearing a ‘I’m the next American Idol’ shirt. And that worked, for about the first 5 minutes.

The truth is American Idol is old. The formula hasn’t changed in 10 seasons and it’s boring. There is no fun in seeing terrible singers audition for the judges, there is no fun in seeing those whose dreams have been crushed being followed out of the audition hall with cameras in their face as they, as one contestant proclaimed, ‘have a hissy fit.’ And there is really no fun in watching the judges fawn all over people who have marginal talent at best.

I watched the entire 2-hour episode last night questioning just about every one of the judge’s choices.  Aside from the first contestant, David, the one who sounded just like a young Michael Jackson, and Scyler—the girl who auditioned without her brother but who the judges made come in and sing (and I didn’t like him at all), I wasn’t impressed by any of them. And of course there’s the typical marketing ploy they still try to use to make you stick around right until the end, promising a performer that you’ve just never heard the likes of before. Well, Phillip Phillips was an alright singer, but definitely not worth me wasting 2 hours of the same old same old waiting for.

And let’s get to the judges shall we. Maybe someone got a bee in his bonnet that all the talk last year seemed to revolve around JLo because last night seemed to be all about Steven Tyler.  For the record Steven Tyler is not that interesting. And he’s still super creepy.  Jennifer Lopez didn’t have much to say except for when she was being totally condescending to pretty girls, but at least she looked good. Randy Jackson may as well not even be there anymore because all he seems to do it ask the others what they think. It’s like you can almost see the wheels turning in Ryan Seacrest’s head wondering if he should jump ship to The Voice.

I can’t see myself tuning in to watch much this season at all based on what I’ve seen so far. What about you, how did you feel about Idol? 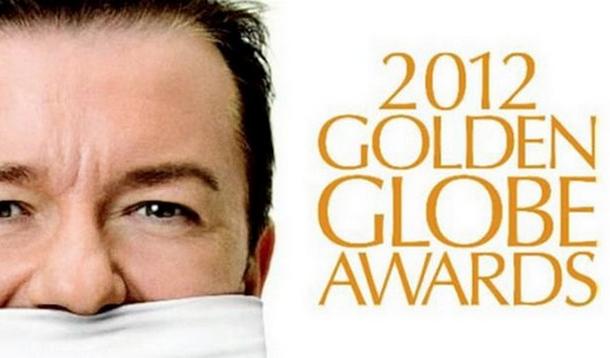 If this year’s Golden Globes has taught me anything it’s that everything is better with twitter. As I sat down to watch the 69th annual Golden Globes I was certain that it would be much better than the last major awards show that I watched – the Academy Awards—hereby known as the worst awards show ever. And it was better, marginally.

The event, which is normally the most entertaining of awards shows thanks in large part to the face that the actors are served alcohol with their dinner, was a bit of a snooze fest this year. But I think we might have had too high expectations. All of us went in to the show not caring about the awards or the fashion or even the actors themselves, we all wanted to see what Ricky Gervais would say. Sadly, he really said nothing.

Last year all the talk post-Globes was about how funny and offside and biting and witty Gervais was as a host. How he was tossed aside mid-show because the A-listers couldn’t handle being the butt of his jokes and how he reprimanded for his remarks. So needless to say we were all a little surprised when The Hollywood Foreign Press announced that he would be hosting yet again. And Ricky Gervais assured us that he would not be censored, that he would be the same funny, crass, take no prisoners sort of host everyone was looking for. Ricky Gervais lied.

So amid the tame jokes and the boring speeches there were some highlights—like Seth Rogen’s hilariously inappropriate comment when introducing himself alongside Kate Beckinsale, William H Macy and Felicity Huffman showing how adorable they are by singing their intro, the ever charming George Clooney borrowing Brad Pitt’s cane to walk onstage to introduce Moneyball, and when Octavia Spencer mouthed the words ‘Oh My God’ to her table 10 The Help co-stars showing her true surprise as winning the Best Supporting Actress award.

Were we expecting too much? Did Ricky Gervais overpromise on his performance? In a nutshell, no and yes. And all I know is thank goodness Billy Crystal agreed to host the Academy Awards again, because at this point he might be the only one that can save The Award Show.

Why This Is One Canadian Actor To Keep Your Eyes On 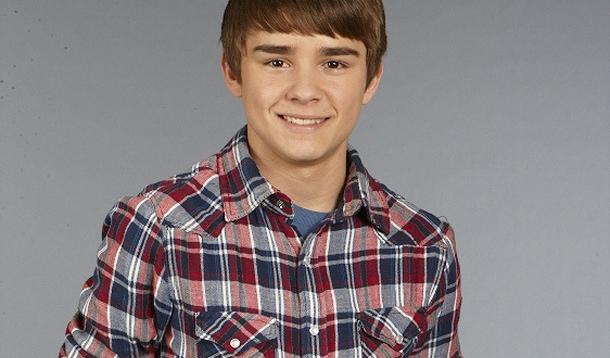 You might not know his name now, but chances are if you have a child between the ages of 6 and 14 you know his face. Dylan Everett has been a presence on Canadian television for years, and is currently going into his 3rd season as the star of Family Channel’s hit show Wingin’ It, but it’s his role in the upcoming Disney Channel Original Movie, Frenemies, that just might be Dylan’s big break into the lucrative US Market. Frenemies co-stars Disney up and comers Bella Thorne and Zendaya and, if all goes well, just might be that open door that introduces the likeable Canadian to the American Disney audience. 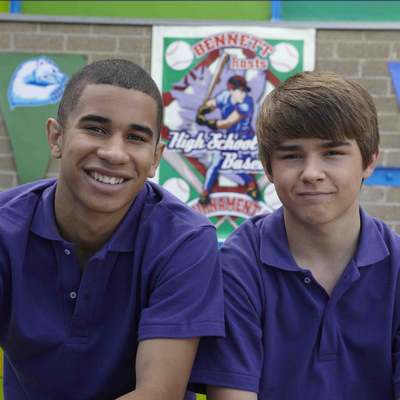 When I was asked if I wanted to interview Dylan I knew I couldn’t resist—given that my daughter has our television permanently affixed to Family Channel. In fact when I was telling my sons that I was going to be speaking to him I turned the TV on and the very first episode of Wingin’ It just happened to be airing. We had a great chat on the phone and my lasting impression of Dylan was that he was a really nice kid.  He was nice, prompt, humble and polite. The kind of guy you can’t help but wish good things for.

As we chatted, Dylan told me that he came by his acting career honestly, following in the footsteps of his older sister. His mother was working at an agency when they decided that they wanted to start a youth roster and his sister, who was 2 or 3 at the time, was signed up. Watching her work as he grew up made Dylan decide that he wanted to do the same, so when he was around 10 he finally convinced his mother to let him go on auditions.  He very quickly started to see success in commercials and started booking bit parts on television shows like The Doodlebops.  From there his successes just continued, and at the ripe old age of 16 is already and award nominated actor. When I asked him if he had any words of wisdom for those parents out there who want to get their child in the business his main piece of advice was to make sure the child wants to do it. He said that with the internet it’s so easy to find a reputable agency to work with, but ultimately it’s hard work so the child has to really be passionate about it and want to do it.

We talked about his role as Carl Montclaire in Wingin’ It and I asked him what we could expect to see from his character in the future and he told me ‘Lots of stuff coming up for Carl, lots of relationship stuff, Carl is getting cooler every episode.’ He said he loves playing Carl and would play him for the next 10 years if he was given the chance, and I believe him. But I can’t help but think that once Frenemies airs in the US, getting the chance to star on a big Disney show would probably be a dream come true for the young actor.  After all, we've seen what it's done for past stars like Zac Efron and Ryan Gosling, both who began their career with The Mouse. Although maybe not on ‘Shake It Up’ the show his Frenemies co-stars Bella Thorne and Zendaya star on, because he claims he has 2 left feet.  I asked him who the better dancer was between himself and the girls and he said he had to give it to the ladies.  I think he might just have been being polite.  And it’s that politeness that makes him just so likeable 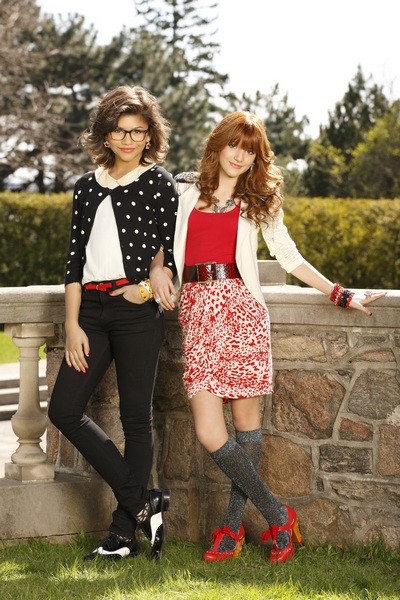 If your house is anything like mine your pvr has been set to tape Frenemies for the past week, but if not you can catch it on Family Channel on Friday, January 13th at 8pm.  You can also catch Dylan on Wingin’ It when it airs Monday—Thursday at 5:00 p.m. and 9:30 p.m. as well as Saturday mornings at 9:30 a.m.

Something tells me that Dylan Everett will be one hot young Canadian actor to watch.