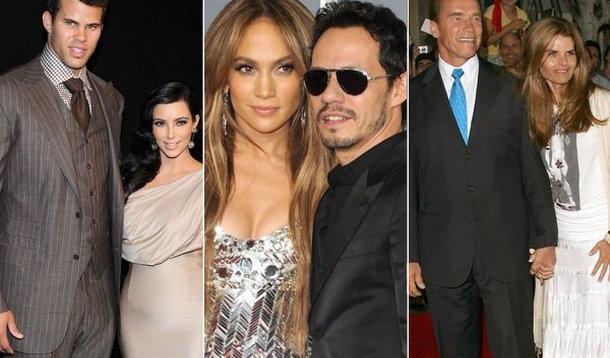 Here we are, at the end of another great year and counting down the best and worst of what 2011 had to offer us. Of course, when it comes to celebrity news 2011 gave us many gifts, good and bad. I will be wrapping up this year with a variety of my Top 10 lists just like I did last year, and to kick things off I will start with my Top 10 biggest breakups in entertainment news.  Here’s my listing of 2011’s biggest breakups—let me know if you agree or if I’ve missed anyone. 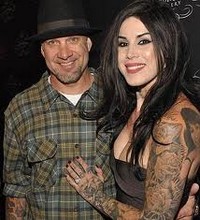 What an honour for Jesse James—he made my list two years in a row! I don’t think any of us were surprised when Jesse James and Kat Von D split the first time—after all this was a man who cheated on the most liked woman in Hollywood, Sandra Bullock. But what was so surprising is that Kat took Jesse James back after their initial breakup only to reveal, in a rather intimate posting on her Facebook page, that James had subsequently cheated on her with not one, not two, but 19 different women (that she knew of). You know what they say, once a cheater....

George Clooney is the penultimate bachelor—who always likes to have a woman on his arm. Kind of an oxymoron I know, but he’s Clooney and he’s hot so he can do whatever he wants!  Elisabetta seemed like the perfect mate for George as she was gorgeous, Italian and seemed to be happy just being his girlfriend and not caring if the relationship ever progressed. But after rumours or Elisabetta wanting more of a commitment and George growing tired of the brunette the couple split and he moved on to ex pro-wrestler Stacey Keibler. And Elisabetta went a little ‘Single White Female’ and started to copy Keibler’s past career moves (DWTS anyone?)  This is a woman who once had the name ‘Eminem’ tattooed in a band on her arm (for reals). Sadly I think Canalis thought she might have had more of an impact on George—clearly she was wrong. 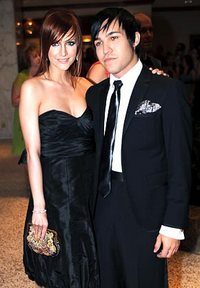 These two kind of shocked us all when they announced their split earlier this year. Well, as shocked as you can be when a very young Hollywood couple ends up with a shotgun wedding. The couple were married 2 ½ years and finalized their divorce earlier this month, but have seemed to be able to act like grownups throughout the process for the sake of their 2 year old son Bronx.

I’m not sure if this is much of a ‘shocking’ split since most people really didn’t know they were dating, but Mila and Macaulay ended their 8 year union this past year – 8 years!  Of course Mila—who had success on TV’s That 70’s Show and films like Forgetting Sarah Marshall saw her career as Hollywood’s newest It Girl take off when she starred in the blockbuster film Black Swan. Of course I’m not saying that had anything to do with the split—but it might have. Then of course there was the linking to Justin Timberlake who starred with Kunis in Friends with Benefits which looked like a terrible movie but they looked like they had super hot chemistry in it. Mila and Macaulay kept their split as quiet as they kept their relationship showing that sometimes you can break up in Hollywood and not sell your story to People Magazine for a cover opp and inside spread. Take that Kardashians.

Well this one shouldn’t surprise anyone—in fact the only thing that surprises me is that she stayed as long as she did. Vanessa announced that she planned to divorce her former high school sweetheart earlier this month after over 10 years of marriage citing ‘irreconcilable differences’. A source claims the reason for the split was that Vanessa thought Kobe had been unfaithful, more than once. What a shocker—a professional athlete being unfaithful. The silver lining—no prenup. Good for you Vanessa, good for you. 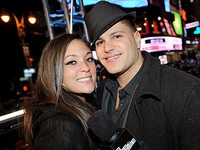 Well you knew I had to include these two, didn’t you?! The most dysfunctional reality television couple ever, Sammi and Ronnie had the most ridiculous relationship I have ever seen, yet they managed to keep making up even after their spectacular fights and cheating scandals were aired for the world to see. It looks like this year might have been the end for Sammi and Ronnie though—well at least until next season!

Proving the Kennedy’s are just unlucky in love, Maria Shriver discovered this year that her husband of 25 years not only had an affair with the housekeeper but that he fathered a child with the hired help. The couple announced their split but it looks like they might be having second thoughts. 25 years is a lot to consider, but so is a years long affair that produced a child.

From the most overexposed wedding to the most predicted divorce, Kim Kardashian managed to last a whopping 72 days married to pro basketball player Kris Humphries. Clearly Kim doesn’t like when all the attention isn’t squarely on her and when she discovered that being married isn’t nearly as exciting as planning a wedding she decided to bail. I can’t wait for the ‘Kim Kardashian Divorce Extravaganza’ exclusive to E! 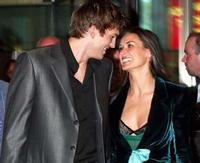 Well they said it wouldn’t last, and it didn’t. Amid cheating rumours Demi Moore finally announced this year that she was divorcing her lying cheat of a husband Ashton Kutcher. The pair lasted longer than most thought they would, but in the end it seems that Ashton couldn’t keep it in his pants and Demi realized that staying with a lying douche isn’t really setting a good example for her 3 daughters. Now we all wait to see what she’ll change her twitter handle to. 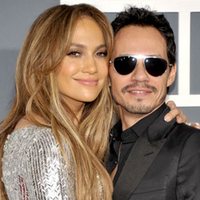 This is my number one split of 2011 because I don't think anyone saw it coming. After 7 years of marriage and two children JLo and Marc announced that they were divorcing, and the rumour mill kicked into high gear almost immediately. Marc was rumoured to be stepping out with Jada Pinkett and JLo picked up a new boytoy/backup dancer to hang out with.  Now the split that started out amicable enough is about to turn very nasty thanks in part to Jennifer’s new boyfriend, 24 year old dancer Casper Smart.  I have a feeling that Jennifer will still come out on top – but at least we have a new scandal to look forward to already for 2012.

Fun For The Whole Family! 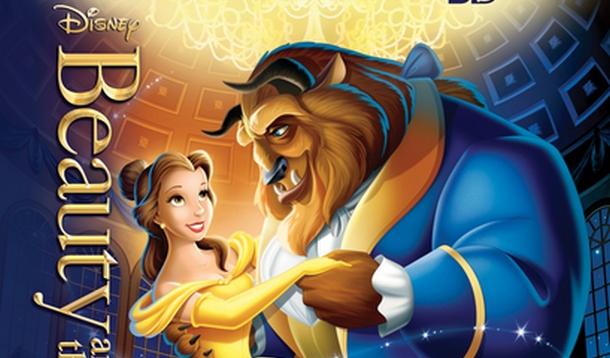 I have to admit now that my daughter is 9 there’s more Wizards of Waverly Place than there are Belle’s and Snow White’s in my house, but that doesn’t mean I’m any less excited to see Disney’s Beauty and the Beast when it’s re-released in theatres this January in Disney Digital 3D!

And not only am I excited to go see it, but I am lucky enough to have a family pass for 4 for 1 lucky winner in Calgary, Edmonton, Ottawa, Toronto, Waterloo, Winnipeg and Vancouver to see it on Saturday, January 7th!  How awesome is that!

To enter to win leave me a comment telling me who your favourite Disney Princess is and what city you would like the tickets for.  I have included the theatre information below.  Contest closes January 4th.

Calgary: Saturday, January 7th at 10:00 am at the Scotiabank Chinook

Edmonton: Saturday, January 7th at 10:00 am at the Scotiabank Theatre West Edmonton Mall

Ottawa: Saturday, January 7th at 10:00 am at the SilverCity Gloucester

Toronto: Saturday, January 7th at 10:00 at the SilverCity Yorkdale

Waterloo: Saturday, January 7th at 10:00 am at the Galaxy Cinemas Waterloo

Winnipeg: Saturday, January 7th at 10:00 am at the SilverCity Polo Park

Vancouver: Saturday, January 7th at 10:00 am at SilverCity Metropolis

Yummy Rules and Regs: You must be a YummyMummyClub.ca member to win. Click to sign up! It's free and filled with perks. One comment per member. Entries accepted until midnight January 4th, 2012. Contest open to Canadian residents. Winners will be picked usingwww.random.org.

Celebrate The Holidays With A New Christmas Movie 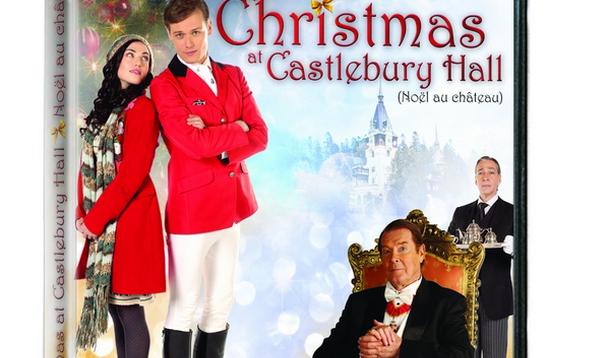 Christmas is just around the corner and that means that holiday movies are on full time at my house.  This year I have been introduced to a new holiday movie called Christmas at Castlebury Hall.

Fortunately I also have a copy to give away to three lucky readers.

Christmas at Castlebury Hall tells the story of Jules Daly (Katie McGrath) and how ‘life isn’t turning out exactly how she expected as she struggles to hold her job while raising her orphaned niece and nephew. But little does she know, their entire world is about to turn upside down when the trio is suddenly invited by the children’s estranged grandfather, the great Duke Edward Huntington (Roger Moore), to spend Christmas at their family’s ancestral Castlebury Hall.’   Of course there’s also a dashing prince involved which always makes for a great story!

Sounds pretty cute, right?  You can check out the trailer below and leave me a comment telling me what your favourite Christmas movie is.

Contest closes at midnight, Wednesday, December 21st. Must be a Yummy Mummy Club member to win.

Yummy Rules and Regs: You must be a YummyMummyClub.ca member to win. Click to sign up! It's free and filled with perks. One comment per member. Entries accepted until midnight December 21, 2011. Contest open to Canadian residents. Winners will be picked using www.random.org.