BLISSDOM CANADA IS MORE THAN A SOCIAL MEDIA AND BLOGGING CONFERENCE 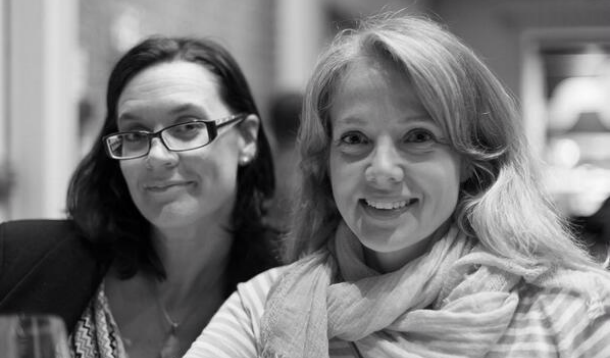 “Mom, I can’t write my driver’s test today because I don’t have the proper documents.”

“What else do you need?”

“A form signed by a prison warden or a lawyer stating they’ve known me at least two years. So, if I’m being released from prison it’s a go, but otherwise I’m outta luck until my passport’s renewed.”

“Go see M; she’s a lawyer and you’re around the corner from her and she knows you.”

For the most part, this was the text-versation that happened one month ago when my would-be driver was trying to take the exam that will allow him to hit the road (with mom or dad in tow). Most moms would have driven him to the examination office themselves, but not me. I sent my son off with a woman I met on Twitter and then had him get official documents signed by another woman I met on Twitter while I stayed home to plug away at deadlines.

Several years ago, an online chat about apples and another one about Jack Johnson led to more conversations and the realization that we shared some things in common—a bent sense of humour, the ability to spot bullshit, and a creative streak. Once we realized we also lived in the same area, meeting in person to see if each of us was as awesome as our online personas said we were was the next step.

After spending years teaching our own kids to be wary of strangers we meet online, the idea of a coffee shop meet-up was too much of a stretch. Enter BlissDom—a conference designed to expand our circles in the safe company of a few hundred other people who have all likely already met online too. We gave each other descriptions and met in the lobby where the conference was being held, we went for lunch, and talked for hours. It turned out our online personas hadn’t lied; we really did have a lot in common.

BlissDom allowed me to expand the roadmap for my creative and professional life. I began blogging to create a writing habit, but knew there was more I could do with it. The people I met at my first conference helped me develop the confidence to look critically at what I produced and to pitch myself for projects I wanted. Since then I’ve been writing about food for Yummy Mummy Club, travel for Life In Pleasantville, and now work behind the scenes at YMC, too.

But by far the best surprise to come out of that first BlissDom Canada conference was friendship. There’s no bullshit with the group of women I met that weekend, and who have since become friends. We’re all past the game playing, high school days and value honesty and mutual support. These are people with whom I can laugh and cry and drink wine. We can discuss topics without it degenerating to argument, crude jokes are acceptable and sometimes required, we’ll take middle of the night (or day) calls from each other, and I even trust them with my kid’s driving test. BlissDom helped make that happen.

RELATED: How The Blissdom Conference Turned My Business Into A Corporation

PREMIXED AND READY TO GO FOR YOUR NEXT PARTY 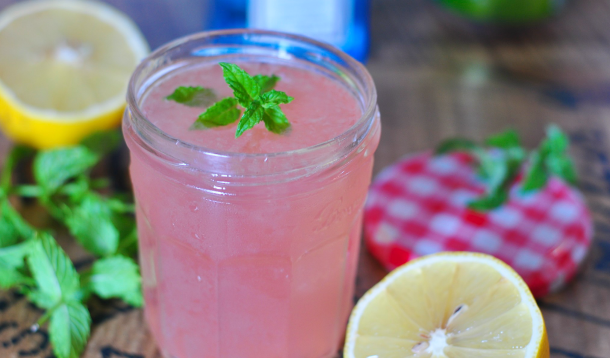 We were at an all-day horse show last weekend and it was HOT, so my husband and I planned ahead (he planned ahead) and prepared a cooler of refreshments for the horse show parents to enjoy once our kids were done competing. The problem with bringing alcoholic drinks to a party or event is that eyeballing the first serving works, but our eyeballs become less and less accurate as the day and heat take their toll. Premixing drinks at home ensures no one over-indulges.

Nothing says thirst quenching like lemonade on a hot day, and adding gin and ginger ale makes it the grown-up version of the traditional roadside stand lemonade. I'm not going to tell you what to do. HAHAHAHA! I'm totally going to tell you what to do, and what you need to do is get rid of the bathtub gin — give it to that relative who always inspects the food you make like you've seasoned it with salted grasshopper legs — and buy quality. There's a difference in flavour.

Makes 1 drink, but who are we kidding? You're going to want to double or triple the recipe. 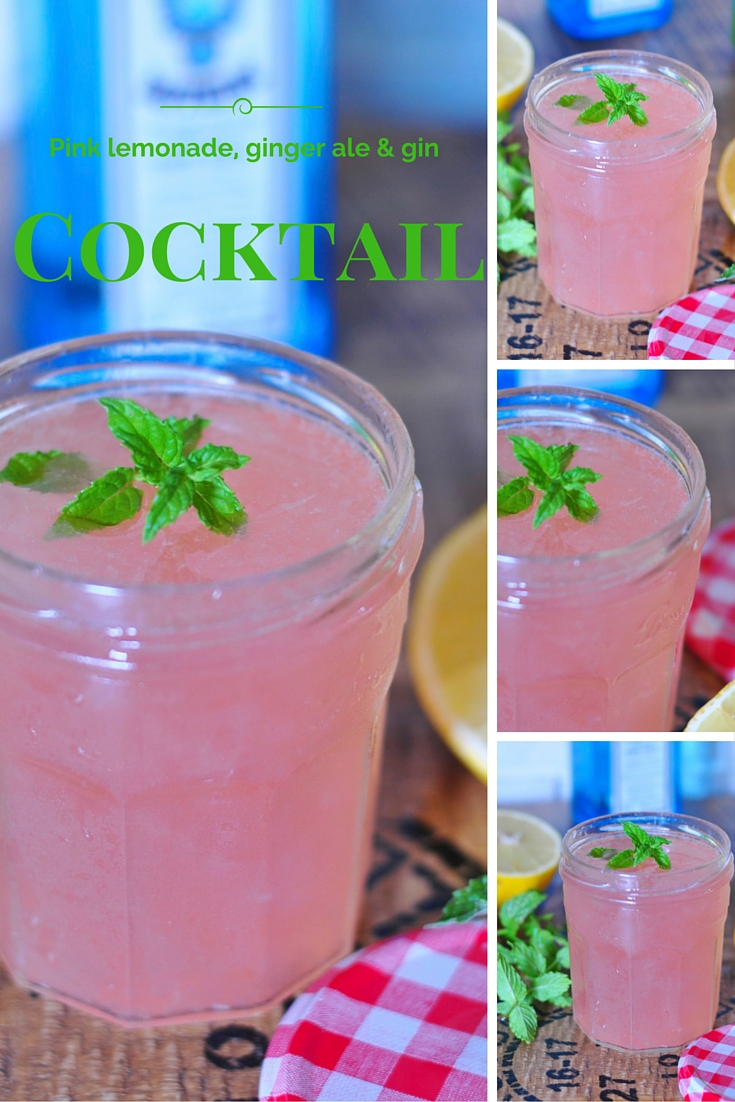 AN EASY ASIAN-INSPIRED SALAD FOR THE WHOLE FAMILY 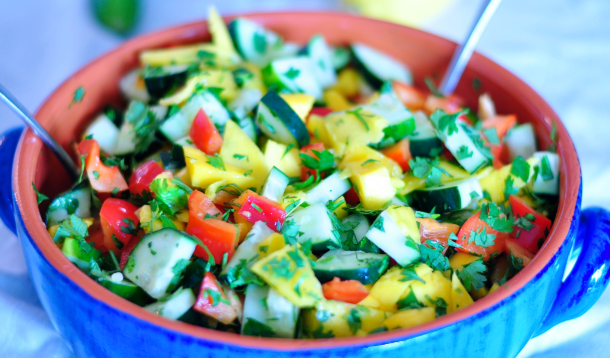 I'll eat pretty much anything with mangoes in it, so it's a bonus that Thai food (one of my favourites) and Lao food (my favourite) include mangoes in many dishes. This recipe is not 100% Thai or Lao, but it does include fish sauce, which Lao people put on everything, and also sriracha, which Hipster people put on everything, so basically it's perfect.

Before you ask if children should eat Hipster-approved food, the answer is YES. Let them taste different flavours, adjust the spice level to suit budding taste buds or novices, and watch them dig in.

My kids love this salad, and so do my nieces. My gang ranges in age from eight to 16, but we've been letting them eat anything and everything since they were little, and that includes spicy food. Sriracha is not overly hot/spicy unless you douse your food with it (which my son does, but he's 16 and they march to a different drummer) and it's easy enough to adjust the quantity you add in the mango salad to suit your family's taste. 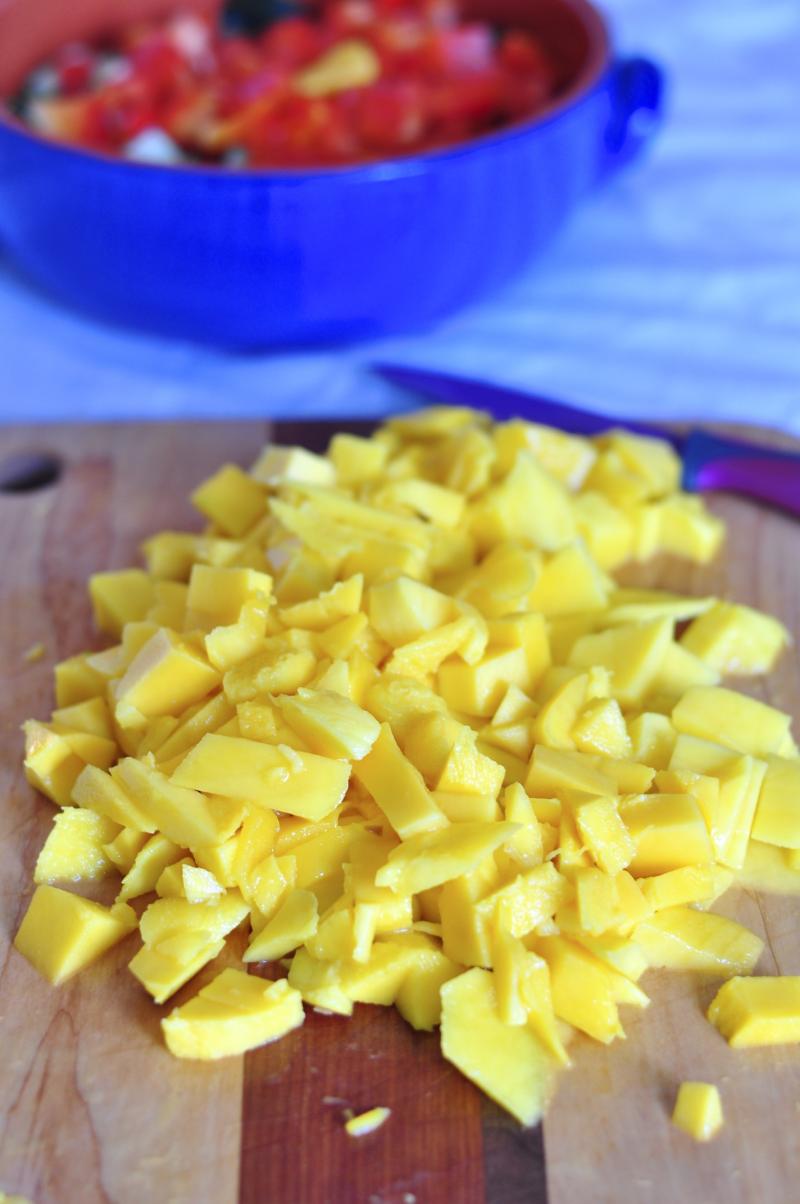 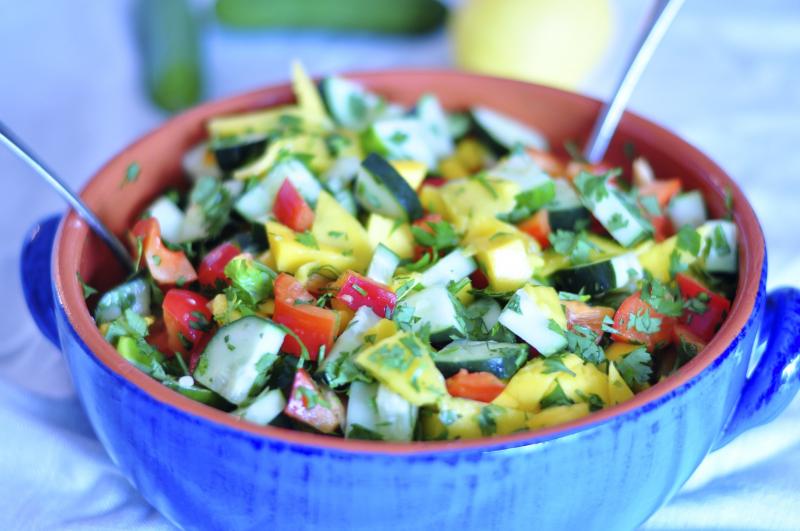 3 large mangoes (The small yellow ones work too, but I was going for flavour and quantity.)
1 red pepper
1 large cucumber (English or garden)

Salt and pepper to taste

Toss cut fruit and vegetables together.

Combine all ingredients for the dressing. Taste before adding salt and pepper and add to taste. I used 2-3 turns of the pepper mill and salt mill for this recipe.

Pour 2/3 of the mixed dressing over the salad and toss. Add more dressing as needed. 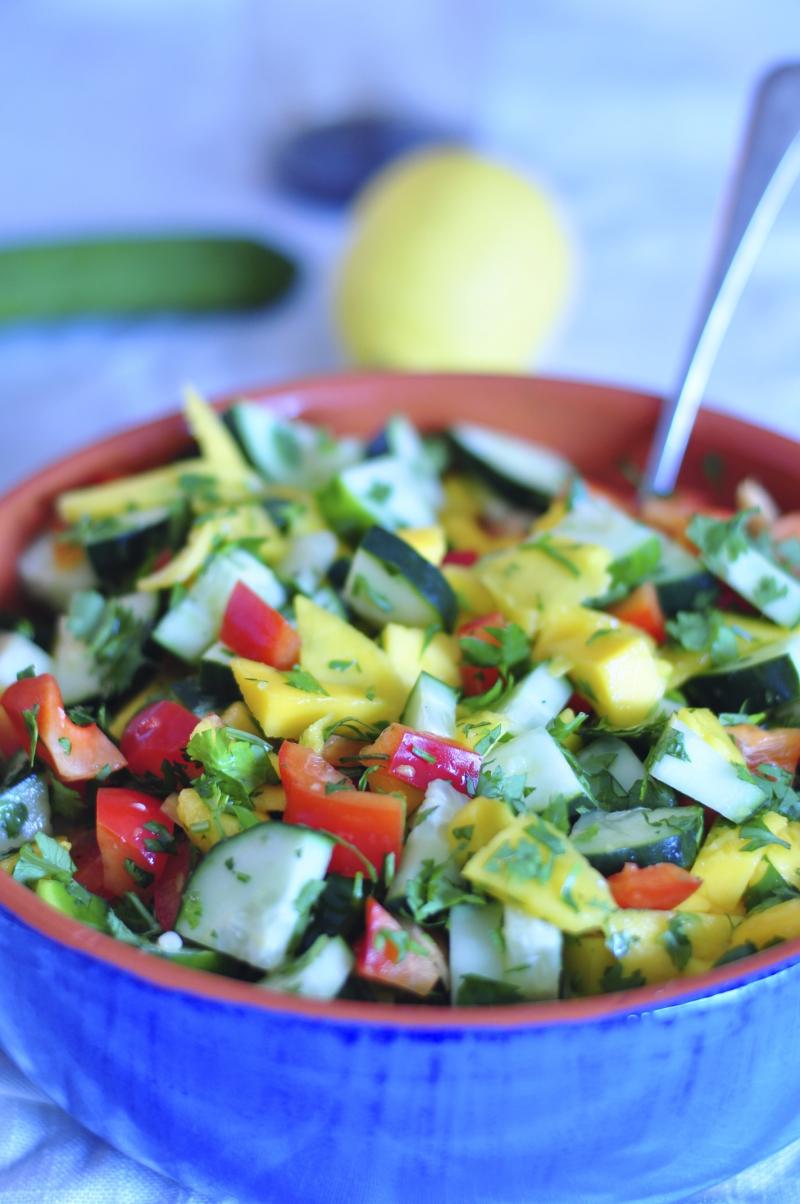 RELATED: Spice Up Your Life With Cauliflower Kung Pao