What does "Tartiflette" Mean? It means DELICIOUS 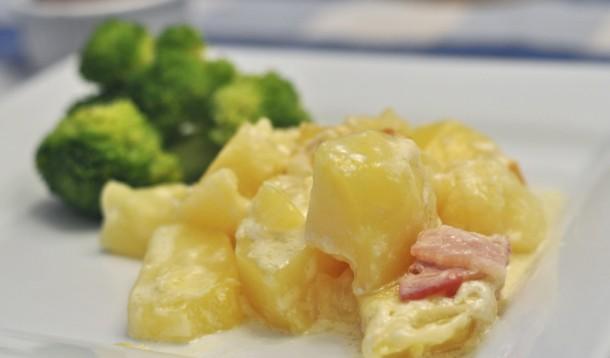 In Canada two things are certain: we’ll talk about the heat and humidity during the summer and then about the cold during the winter. So, in case you’re not aware, this winter has been ridiculously cold. So cold that even Winnipeg cancelled school buses in early January.

What’s better on a day that’s cold enough to freeze extremities than comfort food? Nothing. And what’s more comforting than melted cheese? The correct answer is nothing. Except maybe melted cheese with bacon.

5-Minute Cheese Sauce You Can Add To Anything

The recipe for tartiflette originated in the mountain villages of France’s Haute Savoie region and was meant as a warming meal after long hours working outdoors or skiing. If you’ve been busy shoveling, snowshoeing, or scraping your car, or dutifully cheering and freezing while your children enjoy their winter sports, it’s time to indulge in a nourishing meal of potatoes, cheese, and bacon. 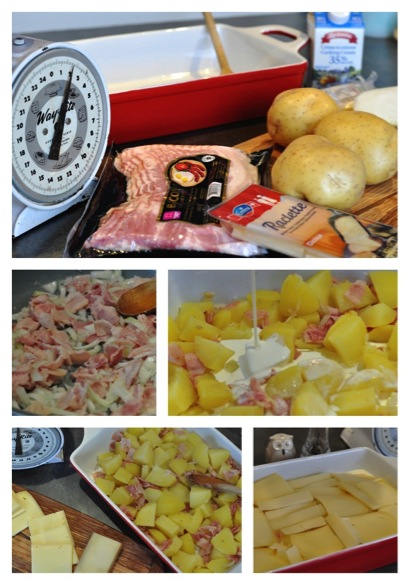 * The original recipe calls for Reblochon, a semi soft cheese, but I substituted with raclette and Gruyere. These two are easier to find at most grocery stores.

Peel and cut potatoes into large pieces and pre-cook in water over medium heat until potatoes are slightly cooked. Don’t let them get soft.

Once the bacon has cooked for 2-3 minutes add the roughly chopped onion and let simmer. Cook the bacon and onions until they’re softened, but not browned.

Add the pre-cooked potatoes to a baking dish, mix in bacon and onion mixture and add cream and milk. Blend gently.

Season with 2-3 pinches of salt and pepper.

Cover the potatoes with slices of raclette and Gruyere and bake for 30 minutes. The cheese and cream will be bubbling once it’s finished.

Let sit for 10 minutes and serve with cooked broccoli and pickles or your choice of vegetables.