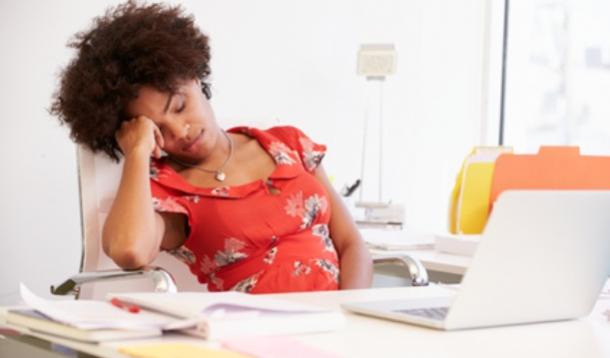 “I don’t understand why you’re making these mistakes,” she sighed, exasperated.

I can’t remember my answer. I’m sure I apologized (acknowledge your mistakes) and made some sort of a positive, reassuring statement (demonstrate that you’ve learned from this experience).

This happened a while ago, but I'm a bit of a perfectionist and I’ve thought about it often since. As someone who’s been working since the 90s, I know that mistakes happen at the workplace, just as they do outside of it. As a Recruiter I’ve spent some time putting mistakes under a microscope lens and dwelling on them with potential candidates (an employer wouldn't ask you this to embarrass you, it’s just a means of assessing whether you’re able to identify your mistakes and learn from them). Mistakes were a "trending topic" at work long before the internet introduced this term and were often addressed by my more experienced colleagues: only those who DO make mistakes, those who don't DON'T; it’s not a mistake if YOU catch it and other purely contextual sayings that may be suspected as self-justification-driven.

Now allow me to self-justify briefly. When I don’t write online, I work as a Recruiter - as you’ve already gathered, and I take pride in my professionalism and the quality of my work. I’ve been told that I’m good at what I do by both candidates and employers. Some of my previous employers asked me to come back and work with them years later, which I did on a couple of occasions. Some helped me find my next jobs.

To this day I’m not sure if I was making more mistakes in this particular workplace than I ever did before or after, or whether the colleague overseeing my work was particularly pedantic, and made mistakes (attention to detail!) become an identifying trait of mine, something that defined me for the first and last time ever.

What I do know is that I was tired. Probably more tired than during any other time in my life. What I also know is that my tiredness had everything to do with my status as the mother of two young children. My boys at the time were aged two and five, and both didn’t sleep – simultaneously applying different and similar approaches to their practice of Not Sleeping. Both brothers wouldn’t fall asleep on their own challenging our sanity with two to three hour long bedtime routines. Both would wake up at 5am daily and on some occasions even earlier. For some of the period in question my older child would sleep with us kicking, elbowing and wiggling me to the edge of our modest Queen sized bed. Poor baby later moved back to his own room where he would wake up every single night, yelling “MAMA! ABBA*!” too scared to venture into the dark corridor – the physical annex of his nightmare.  My husband and I would then take turns folding our bodies to fit the frame of a toddler bed while working around the preschooler occupying it. Do not be fooled into thinking that the other parent got off easy that night. The younger sibling would also often wake up at night and summon us into his room (he, by contrast to his brother, did sleep in his own room). Being a touchy-feely kind of guy ever since infancy, he would only fall asleep if one of us was lying beside him. Since, reality in the form of a baby crib stood in the way of our best intentions, we collaboratively found a creative and not-at-all-crazy way around it, relocating our sleeping arrangement to the floor where we lay atop a complex construction consisting of rigidity, coldness, blankets, baby crib mattresses and foam surfaces which together formed a two-dimensional pillow fort of sorts, where we would sometimes spend hours until he fell asleep. So you see, showing up with three hours or so of sleep under my belt was certainly not an extraordinary event. The fact that I showed up sane, on the other hand, was.

I showed up tired and I made mistakes. I showed up tired because I was a mother to two young children. I was criticized for making mistakes. I was never criticized for my circumstances, but since I knew that my mistakes were linked to my exhaustion which in turn was directly linked to motherhood, I experienced the criticism not as "employee Katia" but rather as "working mom Katia", Working mom Katia made mistakes, sometimes even the same mistake, and very often caught them, but sometimes it was my colleague who did. Sometimes it was my younger single colleague who made them and I would catch them (only those who DO make mistakes, and all that jazz).

I often thought about writing this post and stopped myself. What am I trying to say? Is it the workplace’s responsibility to accommodate to the challenges in the life of a working mom ? I never could quite answer this question and I walked away from this post time after time.

This morning I awoke to more Trump administration news and the answer to the question that's been bothering me for such a long time became clear. Kellyanne Conway, U.S. President Elect’s Campaign Manager implied that there would be no room for working moms in the White House, We all know what nuisance those can be with their breast pumps and kids who won't sleep.

Was I making MORE mistakes at work during that challenging time in my life as a parent? Sorry, still can’t tell you. I do know that I was exhausted stretching my sleep-deprived brain to its full capacity in attempt to learn a new job and new operating systems. I was emotionally drained from adjusting to a new reality of full time work vs. full time home. Was it the workplace’s responsibility to accommodate me? Probably not, but was I really such a liability? Did I really compromise workflow and the quality of work? I'll let you answer that. I was catching my mistakes and sometimes those of others, practicing sound judgment and initiative in identifying not only the right candidates but also unorthodox channels to find them. I wrote clear summaries on them and presented them to the hiring managers with whom I’ve tirelessly liaised providing immediate response to, delivering the highest level of service possible and being recognized for it both by the afore-mentioned manager and the candidates that I was trying to help. I was showing up on time, completing all assigned work within the provided timeframe and sometimes before. I made friends, because I maintained a friendly attitude. It’s possible that I made more mistakes than ever before, but I functioned like a mother: showing up regardless of circumstances – physical or emotional and getting the job done. I would expect of Kellyanne Conway, a mother of four, to know better than the businessman she represents.

Katia Bishops: The Designated Grownup How to Spot a Modern Day Feminist