I Didn’t Even Think I Was Sexually Harassed 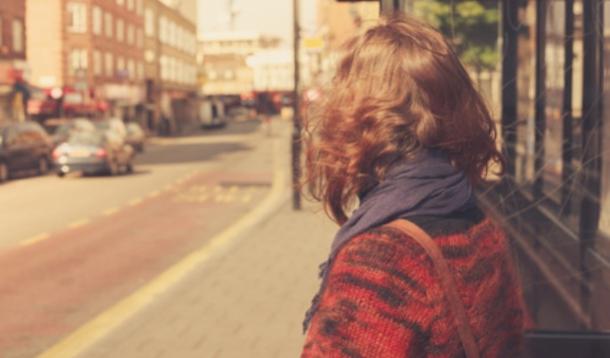 The scariest thing is that I never even thought about it in sexual harassment terms until my husband shared an alarming statistic with me about the number of girls who experience assault in our home country. The numbers seemed unreasonably high and it got me reflecting on my own experience. I was never raped. Nothing TERRIBLE ever happened. It’s not like I was groped. Or was I?

I was riding the public bus with my grandma. I must have just turned thirteen. I was getting ready to get off the bus. Embarrassed to be accompanied by a grownup, I rushed past a group of boys my age and made my way to the exit independently. I was close to the doors when someone pinched my butt strongly, in a “make it count” kind of way. I didn’t say anything. I got off the bus, not infuriated but kind of shocked and embarrassed. I don’t remember if I told my grandma. This memory was then archived somewhere in my mind where unpleasant but not terrible memories go, since, hey, nothing terrible happened, no one got hurt. Sure, I was uncomfortable, embarrassed, and a little bit disgusted with the way the light blue tall cut Levi’s must have emphasized my rear end, framing it as something asking to be touched, but this wasn’t really sexual harassment, because sexual harassment practically didn’t exist. There was no internet or open discourse back then and sex education was about how our bodies will change, not about how to say no and maybe this was even before sex ed, who remembers?

And then I was 20 and waiting for a girlfriend not too far from the entrance to a park on a busy Tel-Aviv street on a Friday noon. A middle aged man walked up to me, quickly profiling me as Russian (there was a huge immigration wave from Russia happening at the time. My family immigrated earlier in the 1970s). He addressed me in Russian without even confirming that I spoke it first, because let’s face it, I didn’t really matter. In a saccharine tone and with a thick accent of a non-native speaker, who memorized the sentence, he asked “are you working, sweetheart?”

Disgusted, I deliberately answered in Hebrew. “Pardon me?” He chuckled dismissively and went on to babble as I listened to his incoherent and not at all apologetic cop-out. I listened, programmed to follow social cues, not knowing how to rock the boat even if I wanted to. When that short interaction ended, I was equally disgusted with myself for my inability to tell him off and the way I must have brought this on myself in the first place. There was nothing in my appearance or clothing that I would consider provocative (“it’s about how YOU dress, the message you send, SHE wanted it”). I was wearing a floral-pattern brown, flowy, loose dress with wide straps and a white t-shirt underneath. The dress was long, hitting my ankles exposing only the tall, brown military-type boots I was wearing. It was the 90s and this was one of my favourite dresses. I bought it with the small salary I was earning as a soldier because it reminded me of something that Kelly wore on Beverly Hills 90210.

I don’t think I ever wore that dress again. THAT wasn’t sexual harassment either. Nobody ever touched me. Nobody got hurt and let’s not forget that it was partially "my fault." Despite being born and raised in Israel I didn’t look local enough. I looked too Russian, and human trafficking from Russia was happening, increasing the percentage of Russian-speaking prostitutes. The whole interaction was perfectly disgusting yet made perfect sense.

There were other instances where my will as a grown woman now living in Canada was both more clearly stated and just as blatantly ignored, but the past few days in our news cycle made me think about that early stage in life when our views on what’s normal and acceptable are shaped.

And this is what I realized:

A terrible thing had happened to me those years. I never learned early in life (in a non-sexual context) how to say: no, stop, or I don’t like this and that influenced not only my reactions to situations like the ones I described above, but also my relationships. It dictated my decision making processes and sometimes shaped my life. But most importantly it shaped my relationship with myself. I got hurt by other people and I didn’t stand beside me.

Last week at recess my seven year-old son got banned from a game by an older friend because he didn’t understand the rules. When I picked him up at lunch time my son told me this in a defeated tone yet reassured me that he was “cool with that:” that being banned from all games initiated by the older friend.

Last week we watched what happens when two older dudebros (a term coined by Luvvie Ajayi of the blog Awesomely Luvvie) are dudebroing about grabbing women by their private parts and kissing them against their will.

So far despite my best efforts all evidence points to the fact that I’m raising a people pleaser, similar to myself. I am going to make a concentrated effort to equip him with tools to know his own rights, when and how to say NO and advocate for himself and to understand the meaning of consent and the rights of others and how to say no and stop on their behalf when those rights are being violated. I’ll know that I’ve succeeded if I ever hear that upon witnessing injustice my son felt infuriated and outraged not shocked and embarrassed.

RELATED: Scott Baio Wants Us to Grow Up, So Men Like Him Don't Have To

Katia Bishops: The Designated Grownup Do You Cringe When Your Chatterbox Child Goes On and On?