Why We Should Stop Using the Term “Struggling Moms”

And It’s not because the struggle isn’t real 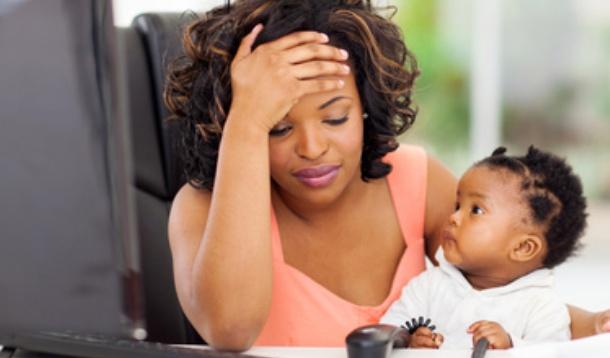 Let’s just get with the times and ditch the term “struggling moms” once and for all. I mean, it’s 2016, for God’s sake.

No, it’s not because the parenting struggle isn’t real. Parenting, and motherhood in particular, might be the realest struggle that ever struggled and it’s precisely because of that that we should stop. Let mommy explain.

You may have seen this viral Facebook post by an Australian blogger mom, Constance Hall, or heard about it. In her post Constance pays tribute to mothers doing whatever it takes to get by, maintain their sanity - regardless of the criticism it might earn them – and ultimately show up for their kids. In her post she salutes the mother who is checking her phone on the playground, leaving a sink full of dirty dishes for the sake of refuelling at the coffee shop in the company of friends or refilling an antidepressant prescription. I first came across the post earlier this week when a leading online publication referred to it as a post dealing with and appealing to “struggling moms.”

While the article discussing the Facebook post was mainly informative, non-judgmental and one might even say supportive, something about the use of the term “struggling moms” in this context played the red fabric to my inner bull. The term "struggling" inherently implies that there is someone else out there who isn't, someone who's a "natural." Like that kid who never needed a tutor to ace their tests in Math. Well, I’ve been doing this for six and half years. I have many mommy friends some of whom I’ve known before we became parents and others I’ve met after becoming one. My mommy friends live in Canada, the United States, Europe, and Israel and I have yet to meet that one mother who doesn’t struggle. Perhaps it’s because I’ve never met anyone from Somewhere Over the Rainbow.

Here’s the part you already know:

Parents, welcome to your brand new all consuming 24/7 on call job that you’ve had exactly zero training for. Some of you may have taken it on in addition to the full time job you’re already doing on the side. You’re hereby entrusted with the lives of those who matter most to you. Don’t break them (you’re not allowed to sleep, BTW). They will constantly test and challenge you to make sure that you’re fit for the task of protecting their lives. They will also constantly test and challenge you just because it’s fun to watch you act like an idiot. Other than that it’s not stressful at all and you can’t quit. Remember, you’re not allowed to sleep. Okay bye.

I’ve just given you the job description for the role that some of us seem to “struggle” with. So where do we find those naturals who have it all figured out? Mostly on social media which is where you edit life. It seems to me that an artificial separation and juxtaposition has been created in public opinion via online content between two non-existent groups “moms who struggle” and “moms who enjoy every #blessed minute.” How to tell which one is which? The first one tells it like it is and occasionally uses swear words while the second one posts pictures of their twins slurping Kale and zucchini smoothies from the same cup while lovingly staring at each other. Reality check: should those be opposites? Can we not enjoy the blessed minutes and struggle through the difficult ones? As long as we don’t let the term “struggle” to define the entire parenting experience for us isn’t it safe to say that WE ALL STRUGGLE with certain aspects of parenting? And doesn’t that then make the use of the term “struggling moms” irrelevant? Doesn’t the use of the term “struggling moms” in reference to women who prioritize their mental well being in order to be there for their kids perpetuate the archaic myth of the good mother?

That is not to say that everything is forgivable. I think we’re all intelligent enough to realize that the author of the post was not referring to extreme situations like complete neglect of household chores or cell phone dependence. We could all benefit from a healthy dose of self criticism or better yet introspection. It’s important because it drives us to do better by our kids. Self compassion of the variety described in the post is no less important providing us with the fuel that we need in order to make positive changes.

Let’s set the record straight. There is no such thing as “struggling moms”. While fair game as a verb, this term used as an adjective doesn’t belong in the 21st century. Struggling moms are just moms. They’re every single one of us.

RELATED: How Not to Be a Terrible Parent