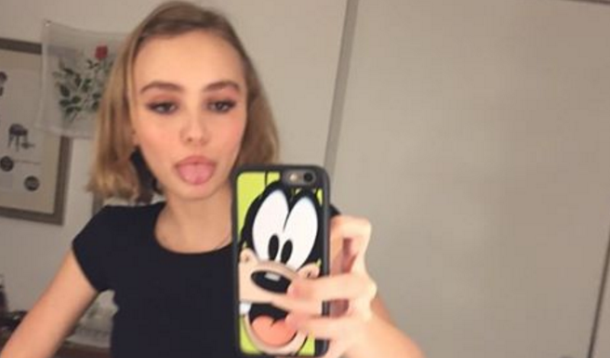 My social media feeds were flooded with Paris on Friday just like yours were, I’m sure. Messages of support and words of bewilderment, hope, and despair were sent traveling up my phone screen to make way for older posts and updates, as feed chronology dictates. In moments like these – when you know what’s on everyone else’s mind - so many of us experience a sense of connection to something larger - humanity, if you will, and pardon the cliché. It’s a pretty powerful feeling completely lost on some of us.

Amongst the Eiffel Tower as a peace sign and other frequently reoccurring memes there was one photograph that stood out to me, as I was checking my Instagram feed. It was a photograph with a night view of the Eiffel Tower. The accompanying caption spoke of a previous image that apparently earned this Instagrammer some significant backlash. It read:

People were complaining that my last photo discussing the paris (sic.) attacks was a selfie. If what you're worried about is what photo I post to talk about the paris attacks and not the attacks themselves then you are very small minded. That was the last photo I took before the attacks happened. It is a terrifying and emotional night for everyone here in paris, please only express good vibes and love. that is what we need right now.

This was right before I left the house tonight to go to a party where all my friends are still locked inside waiting for this to be over. I'm so lucky to have left when i did and to be home safe but I've never seen more panic in my life than on the streets on my way home. This kind of cruelty is heartbreaking. Sending love and prayers to everyone anywhere near this danger. Stay inside #prayforparis

Lily Rose has a great sense of style, famous parents, and 1 million followers on Instagram some of whom have more important things to do on Instagram than read captions. They’d much rather educate  (“you’re too skinny”) or preach (“this picture is not appropriate”). These were two of the mildest comments posted by criticis and addressing the 16 year-old's selfie.

The photograph combined with timing may indeed come across as tasteless if you don’t read the caption:

This was right before I left the house tonight to go to a party where all my friends are still locked inside waiting for this to be over. I'm so lucky to have left when i did and to be home safe but I've never seen more panic in my life than on the streets on my way home. This kind of cruelty is heartbreaking. Sending love and prayers to everyone anywhere near this danger. Stay inside#prayforparis

I’m not going to delve into a discussion on the evolution of our attention span in the era of social media and its sad and disturbing byproducts (the ease with which some of us disperse derogatory and shaming judgment). In her follow up post Lily Rose dealt with her critics very skillfully and seems to require no assistance. Instead I want to talk about why this image and accompanying text make for a more powerful image than any iconic symbol of the city.

Lily Rose’s words “I’ve never seen more panic in my life” resonate with me so deeply.

I was 17 when the first suicide bombing occurred in the country where I was born and grew up in and I watched terror inching closer and closer until it started hitting my hometown. Repeatedly. I remember calling my mom who was travelling overseas and trying to reach her when a bus exploded in Tel-Aviv. I wanted to tell her that I was okay but the phone lines were dead and I couldn't reach her. I remember an explosion on a Friday night about three years later, an explosion so powerful that I could hear it all the way on the other side of the city. I remember the routine check in phone calls from friends around the world and coming to expect them whenever something like that happened. I remember empty streets on national holidays. I remember sand bags in front of glass windows in restaurants and I remember the calculations mechanism. Would this happen twice in the same restaurant? Twice on the same bus? Am I likely to get hurt if I sit away from the glass window at this angle? I remember being a student and getting off the bus once and again and again and again whenever I saw suspiciously large backpack on my way home from the university. I remember being engaged and walking my dog ten years after the first boom and hearing yet another one. I remember hurrying home to my rental apartment for fear that there was going to be another one and that it would scare my dog. I remember not being scared myself. I remember the sense of relief over knowing that once again I wasn’t there where it happened. I remember it being replaced by the same recurring follow up question "yes, but what if someone I know was?".

And then there’s Lily Rose’s "before" shot. A perfect juxtaposition to the after, described in the text. Perfectly encapsulating the carefree state of before, one where a selfie was just a selfie. Not a symbol. The girl in the photograph represents a lot of what we expect our children to be at sixteen. Silly. Carefree. Possibly experimenting with fashion choices we may not approve of. She’s pulling her tongue out. Holding a Disney phone case. I mean a Disney phone case – for God’s sake, what could be more opposite to the reality happening outside?! Lily Rose chose an image that perfectly captures that tension between two states before and after. Inside and outside and in doing so she masterfully summarized the hell that is terror.

By threatening our most basic need for physical security, terror implants panic in our hearts and a suspiciousness chip in our brains. Especially continuous terror. I pray for Paris that this was an isolated occurrence. I pray for all the other cities who see terror on a more regular basis and who were affected by it on Friday. I pray for a miracle. Children need and deserve to be carefree. Everywhere.

RELATED: How to Talk to Kids About Scary News