Why Caitlyn Jenner is Not My Woman of the Year

The RIGHT Reasons to Criticize This Choice 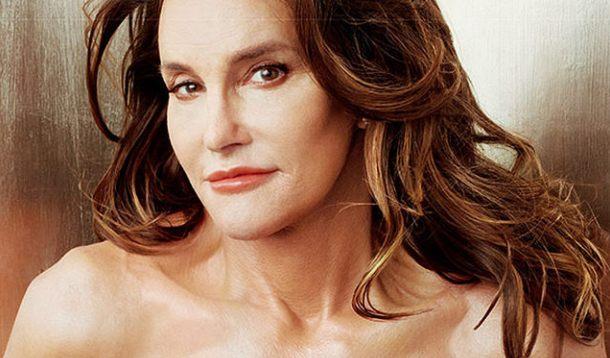 Let's start with the bottom line just so there's no misunderstanding.

Woman? Absolutely. Of the year? Not so much.

Although it won't be officially announced until November 3rd, online media is reporting that Glamour Magazine will be honouring Caitlyn Jenner with its Woman of the Year award - a choice that sends many an eyebrow aloft. And not just for the wrong reasons.

Let's clarify. It's possible that you're opposed to this choice because you're a jerk; that you don't believe in an individual's ownership of their own identity and their right to choose happiness and to feel comfortable in their own skin (or well, in the opposite gender's skin, as it were). It's possible that in addition you also do not believe in an individual's right to love and marry whoever they want to love and marry. Even though you can't exactly pinpoint how the latter applies to Jenner, you probably kinda sorta feel like it probably will at some point, so you just lump the two together and use them to fuel your personal opposition to the idea of naming Jenner Woman of the Year.

Those would be the wrong reasons to criticize this choice.

What is it then? What makes Jenner not worthy of the honour bestowed on her? Is it simply a matter of "tenure" so to speak? Are we promoting a rookie?

A New York post article quotes feminist author, Germaine Greer, criticizing the choice based on Jenner's personal biography as a man, which excludes her from dealing with some of the hardships that biological females deal with. I will spare you the colourful image Greer uses in order to demonstrate her point; let's just say that in essence she points to Jenner's lack of vagina and all of its relevant appendages and byproducts as the main disqualifier. That reasoning strikes me as odd at the very least. And it also sounds vaguely familiar, doesn't it? By equating women to their physiology (vaginas, periods, etc.) aren't we reducing womanhood and femininity and objectifying women? Isn't that exactly what feminists accuse those guys who think you're a special kind of a boob ventriloquist of doing?

I think that reduction is exactly what we're subjecting Caitlyn Jenner to.

I disagree with the author of yet another article on Iowa State Daily that this act of nomination should be insulting to women everywhere. The (male) author of the piece that I mostly agree with sees this nomination as a statement that will be viewed by women thus: someone born with a penis actually beat me at womanhood. Nope. That's not how it works with us. Yes, she was born with a penis. Yes, Feminist Greer, she didn't do the whole vagina struggle thing. Yes, she didn't spend much time being a woman. It's not about that, people.

We're not going to punish someone for being born with a penis or not being born with a vagina. But aren't we taking one transgender person and making them a symbol, an embodiment and a living monument to their own act? And therein lies the problem: Caitlyn Jenner, I think you'll agree, hasn't accomplished much AS A WOMAN, YET.

That is not to say she won't in the future, hence the "yet."

I believe that by awarding her now, we are saluting an act (courageous as it is), not a person. I believe the title Woman of the Year to me should salute a remarkable woman, not a remarkable act.

Some of you will argue that Caitlyn, former Olympic athlete Bruce Jenner, is indeed remarkable for that reason precisely; that Caitlyn, a family person and a public figure well into her sixties, decided to relinquish Bruce. That must have been difficult, I'll give her that, potentially excruciatingly so. Is her choice more difficult than that of other transgender who don't endure public scrutiny but also don't enjoy public support? I can't tell, but what I do know is that  we're not awarding the transgender activists recently murdered in Argentina.

We're awarding a celebrity. What is it then that we're recognizing? One person's step toward self actualization? Or are we so grateful that we, the "weaker" sex, the underdog, were willingly chosen? Are those sufficient reasons to celebrate an individual as Woman of the Year?

Woman of the Year to me implies something broader, the full package (excuse the pun), if you will. Woman of the Year should be defined not by her physical attributes, but by what she's done as a woman FOR OTHER WOMEN.

And not a lot has been done. Yet.

RELATED: The Dos and Don'ts of Talking About Gender