Parenting Bravely - You Can Do It! 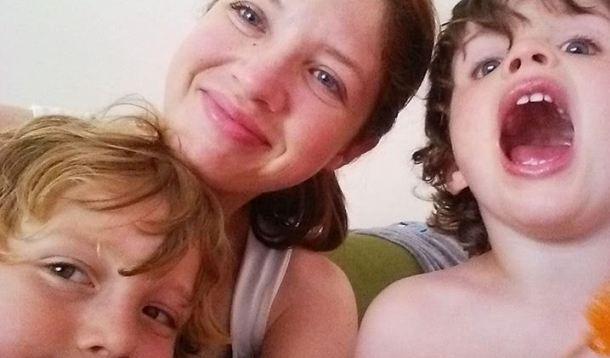 About two years into becoming a mother of two (and about five years into not sleeping), something in me must have snapped. I began watching myself, the same way you would a stranger, as I behaved in a way that was completely unnatural for me. I didn’t recognize nor like the uptight persona I was observing. With her clenched teeth, impatient hissing, occasionally raised voice, and distorted anger grimaces, she reminded me of that parent who behaves like they took a wrong turn somewhere and landed on parenting.

The fatigue that comes from the kind of sleep deprivation which seems to have no expiry date attached to it, parenting two rambunctious little boys while juggling work, house chores, and guilt could maybe account for my increasing lack of patience, but did my kids deserve to be at the receiving end of it?

Definitely not. There was never any doubt about that.

I started “self-medicating” with books. In my attempt to excavate and restore a more recognizable self, I consumed The Happiness Project, Happiness at Home, Buddhism for Mothers and The Untethered Soul to name just a few. I've signed up for online mindfulness courses for mothers and daily happiness project mantras to help me reinforce, maintain, and keep the resolutions I came to through reading.

Last week at a YMC event, I listened to colleagues I look up to talk about bravery in writing and that got me thinking about bravery in parenting. What does that look like? Certain principles emerged in my reading which tie in with the idea of bravery and I've adopted and adapted them to our unique family.

Admit that you're wrong.

I mean, you’re a parent, right? It’s not like you have any ego left in you. It’s very simple: If you mess up – fess up. It'll show your children that it's okay to make mistakes and the importance of taking responsibility for your actions. Don't fret if it was actually your child who called you out on your behaviour first. Watching you correct it and realizing that their voice is heard will empower them and provide that sought-after sense of validation.

Remind yourself that empathy is not a sign of weakness.

It's easy to get sucked into the self-imposing dynamic of an argument. Play devil’s advocate and remind yourself that in internet talk, your child’s struggle is no less real than yours (unless their struggle is about being a toddler who doesn’t want to eat a banana after arguing the opposite standpoint for the last forty five minutes and you’re two hours into bedtime. Then YOUR struggle wins).

Remind yourself where they're coming from. They are probably not driven by a desire to drive you crazy, no matter how compelling is the evidence in support of that. Behind seemingly ridiculous tantrum triggers are often much bigger issues, like a sense of not being heard, treated as equal, or validated.

I know I said parents don’t have egos anymore because they were annihilated via exposure to their children’s honest feedback. I lied.

It's super hard to set your ego aside. Kids often recognize your triggers and will push your buttons and things will snowball even though you’re fully aware that you’re arguing with a three-year-old while applying their argument tactics (“no, YOU started!”). But you can’t stop and retreat, because well, THAT would be stupid (says our phantom ego). I have many triggers: two-to-three-hour-long bedtimes, serving as a Karate kick practice aid, being ignored, being ignored when I’m warning about something that isn’t safe, being ignored when I try to do something nice for them, etcetera. These are the red fabric to my inner bull.

Both Buddhism for Mothers and The Untethered Soul talk about distancing yourself from your emotions by labeling them. When I sense the bull awaken, I’ll try to take a step back and examine my frustration and how it makes me feel physically and emotionally. Then I'll handle the physical symptoms (take a deep breath, relax my shoulders). If that doesn’t help, I’ll try to remind myself that the frustration fire cannot be put down with anger. Sometimes it actually works.

Re-examine a routine that's not working.

Flexibility is key in parenting, and sadly, I am probably not the most flexible parent out there. My husband and I had a discussion about the difference in how the children behave during bedtime with each one of us (think "war" for mommy vs. "peace" for daddy). One of the differences my husband pointed out was that even though he doesn't check the time nearly as often as I do during bedtime (read "never" vs. "all the time"), the kids will usually go down earlier and with less of a fight when he puts them to bed.

The difference in our approaches is that while I try to adhere to a very rigid agenda and get nervous when it’s being challenged, he allows much more freedom of choice within the same timeframe by being attentive to our children's particular needs and moods that evening (substituting a bedtime story for a game of Dungeons and Dragons, for example) and lets them take the lead and acquire a sense if control over the situation.

Making these little adaptations makes me feel like I’m one step closer to the mother figure my children deserve. I am old enough to realize that, on a graph, the improvement I’m seeking will not present itself as an upward leading staircase. Instead it is more like tiny waves - with occasional highs, and hopefully proportionately moderate lows. 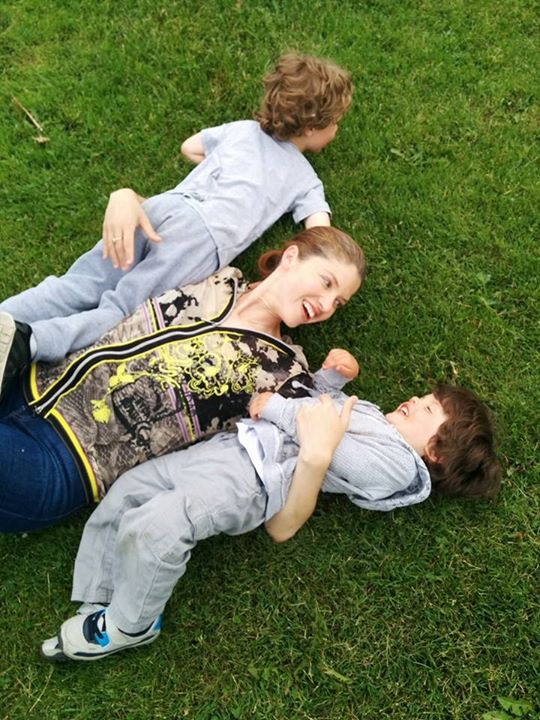 RELATED: This Is Who The Parenting Experts Trust

Katia Bishops: The Designated Grownup In Search of Cinderella's Backbone