Because someone needs to explain this to us 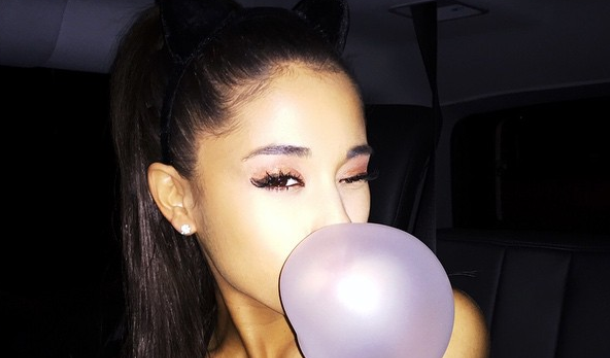 I may not have read US Weekly in a while but I do ride public and peruse their monitors, which is why I know about the Ariana Grande doughnut licking and America bashing scandal and I am here to muse about this with you.

A video was released earlier this week showing Ariana Grande in a doughnut store in California, accompanied by her boyfriend, licking the doughnuts sitting on the countertop while expressing her hatred for America. No, she didn't purchase the doughnuts, in case you were wondering. The video could be seen on TMZ, the website you only use for the articles.

This incident merits about a thousand questions, but I’ll give you our top ten:

2. If you followed the story you know that Ariana later pontificated about America’s nutritional habits and child obesity thus explaining and tying together her thought-provoking deed and anti-patriotic polemic. This leads to the question: should we view this as an act of a passionate social activist, then?

3. Or is there some bad blood with donuts?

4. Was it performance art ala Lady Gaga?

5. Who leaves their perishable produce on the counter top unattended – a question currently being investigated by the health officials.

6. Addressing the logistics now: was that a really low counter top? Ariana is a tiny kitten.

7. Jeni would also like to know the flavours, because if it was glazed then she claims the licking is fully justified. I, on the other hand, would only go through with this social protest if it was chocolate. Or a honey cruller.

9. Let’s talk psychology: how do you stop yourself from going too far, because I find that once you've licked the doughnut things usually tend to move into the "one thing led to another" realm.

10. Ariana is being questioned by the police. Is it for the "malicious doughnut licking" or her anti-American speech? And could she survive in prison, a decidedly donut-free environment?

Bonus question from the older crowd: Who the hell is Ariana Grande?

Until we have some answers, you tell me: are you Team Ariana or Team Doughnut?

RELATED: Has Your Taste in Pop Culture Changed?