The Case for Not Jumping the Gun 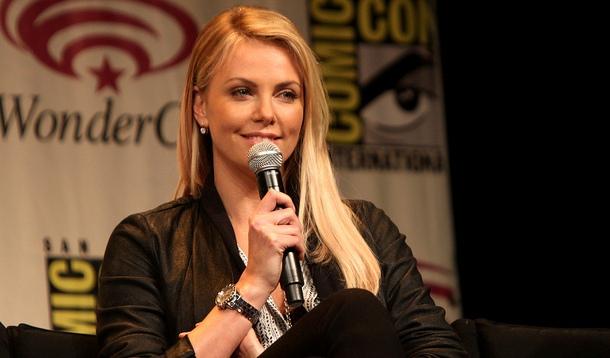 You may have already heard the story about Charlize Theron being wrongfully accused of mistreating her son, Jackson, while the family was out on a hike. How exactly did it go down? Here’s a short summary.

Overly Eager Hiker (no oxymoron there) spots Charlize Theron’s son having a time-out-induced tantrum and decides that she must be “mistreating” him. Overly Eager Hiker judges the situation as pure 911material and places a call. Overly Eager Hiker gets totally ahead of themselves and presumably assumes a) that photographic evidence will be required to satisfy arresting officer b) that photographic evidence will be required to satisfy TMZ so naturally they try to film Jackson. Finally police arrive at the scene of the crime and Ta Daaa! Charlize Theron is NOT arrested, because if putting your tantruming child in a time out was a crime, then there wouldn’t be enough room for all of us in jail.

I sense a raised eyebrow. You may judge this as a case of an individual simply performing their moral duty. Isn’t it better to investigate a thousand false accusations than to overlook a legitimate one? No doubt, but something tells me that if, indeed, we’re looking at what the police dismissed as a case of time out, a pause and longer observation period may have been more beneficial than a quick finger on the dial button.

Your eyebrow is still raised. What’s the big deal? Buttinskys have walked amongst us, not minding their own business since the beginning of time as their archaic name suggests. True. The problem here, as I see it, is not with meddling – justified or unjustified – but with the way the individual operated and with the underlying sense of limitless access that Buttinskys turned i-Butts get nowadays. In reversed consequential order, the existence of multiple platforms intended to make potential assistance immediate and accessible generates reasons to use them, instead of the other way around, preventing itself from functioning efficiently. What do I mean by that?

A few weeks ago I was about to hit “send” on a Facebook post on my neighbourhood group’s wall. At that particular time it seemed like the group was flooded with messages about break-ins and other types of criminal and borderline criminal activities. Detailed updates from neighbours and responses from Officer Jon, our neighbourhood precinct cop, were constantly popping up in the feed. One morning, at 6 am,  I’d noticed a man running across the street with a backpack. Flooded by the ghosts of previously read and internalized Facebook stati, I took to the keyboard and started typing with confidence reserved to someone who posts wanted ads for a living: “baldish man, late 30s,  seen running with a backpack toward”...

Do I know him? He does kinda look like someone. Hmmm.

Same guy calmly walking back having evidently retrieved something from home.  His home. We’re cool.

So why are we talking about me and what sounds like my super dodgy neighbourhood which you would totally not want to live in but actually totally isn’t? Because this is essentially the same story.

That sense of limitless accessibility removes certain psychological boundaries and I was about to fire up a message to Officer Jon because he’s there a “send” click away and I don’t actually have to talk to him and maybe there’s less accountability? But then I paused and questioned myself. Yes, the hiker in question wasn’t hiding behind a keyboard. They were hiding behind a cell phone. Same difference. I’m talking human psychology here. Is it possible that our intensive online lives and multitude of platforms where we often criticize others and voice our own opinions, ridiculous as they may be, sans interruption contribute to the shaping of individuals who are quicker to judge and less likely to self criticize?

In addition, we decidedly steer away from previously practiced forms of human interaction. Friends with teenagers tell me that kids don’t call each other anymore, because they’d rather interact with their cell phone, or at least filter human interaction through it, by texting. Should we be surprised then about the lack of direct confrontation in the Charlize Theron incident in a culture that seems to be working hard to eliminate “direct human”?

Category:
Culture - Celebrity
Tags:
time out
dealing with tantrums
charlize theron
celebrities are just like us