Yes. You Read That Correctly. 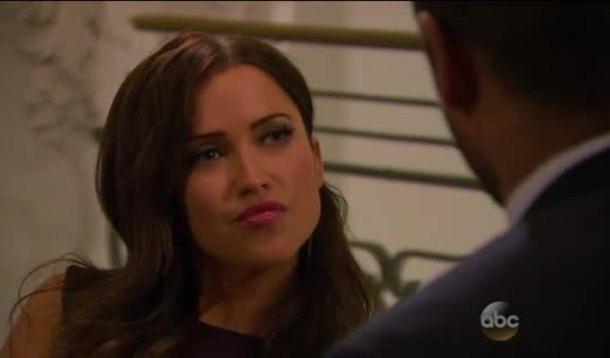 I have a confession to make. Not only do I watch The Bachelorette, I also let it get to me. It took me days to recover when fancy Colon (Kalon?) from Emily’s season referred to her daughter as "baggage."  Last night when my personal front runner, Let’s Hope He Has a Sense of Humour But Just Isn’t Using It Ian, went on a long tirade fuelled by his failure to properly Mariachi Kaitlyn, I went ballistic on the inside and started writing this furious post in my head at 11pm when hello, I should be effing sleeping, because I have a real life and two kids who like to wake up early and in the middle of the night.

But enough about me. You know how when you’re a Princeton graduate and a catch sharing a house with 25 other eligible bachelors and you don’t get the attention you feel your degree and personal biography and looks merit it only takes one more straw to send you off the edge? Well, that happened last night when Ian’s voice betrayed him at the wrong moment as he was serenading Kaitlyn Mariachi style.  Surprisingly it wasn’t the outfit or the hat.

The show later concentrated on Ian who at that point was still just a mirror image of me sulking on the couch but the observant viewer is now able to appreciate in retrospect that these were the exact moments the following rant started forming within. Some of the observations/accusations presented in the rant are summarized below (and I apologize that this is non verbatim):

I’m a catch. I’ve got the muscles, brains and voice.

She’s not half as hot as my ex-girlfriend.

I get attention from lots of chicks. I get a lot of sex too.

The men in the house share fart and poop jokes which is not my thing (to be fair to Ian, he didn’t say thing) although it might be yours (oh yes he did).

Are you really that shallow?

It seems to me that you’re here to make out with 25 guys on TV.

I liked Ian and I still agree with Ian about some of Ian’s good qualities, but Princeton Ian gets an F in Being a Gentleman 101. Call me an old fashioned fart (oops, sorry, scratch the word ‘fart’) but I care about manners. And even if we step away from the feminist perspective, a real catch doesn’t berate a fellow human being. Not on national TV, not in a tête-a- tête.

There are several different directions that I could take this. Do I really need to bring up the old beat up argument about how no Bachelor, as far as I remember, was ever called shallow for wanting to make out with 25 women on TV? Or do we talk about how certain things like manners, composure, and most importantly the fine art and discipline of Not Taking Self Too Seriously can’t be taught even in Ivy league universities?

When you join the cast of a show such as The Bachelorette certain assumptions are made. You are probably aware of the protocol and expect the woman you’re "competing for" to kiss other men. If you’ve watched the show before and are here specifically for her, you also know what she looks like and are aware of the way she conducts herself. I can truly appreciate how unnatural some of the situations cultivated by reality shows are and how they can affect one’s psychology and psyche and insecurities are likely to surface. Making this about HER instead of managing your own insecurities seems juvenile at the very least. It’s a shame because I really did like Princeton Ian. Here’s to an apology on The Men Tell All.

RELATED: How to Avoid Show Spoilers this End-of-Season Season

Category:
Culture - Television
Tags:
Bachelorette
reality tv
reality tv out of control
slut shaming
why do the bachelors act like a jerk
The Bachelor
the bachelorette