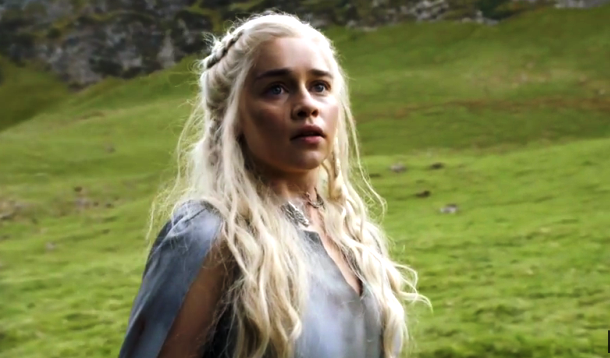 Everyone, including my 6 year-old, knows that there’s nothing worse than TV-induced real life disruptions. Like any normal six year-old (???) my son recently initiated a conversation with me about death and my own mortality. At one point he wondered “do you know what would really really break my heart?”

“Yes.” I solemnly responded. “Somebody you care about dying.”

“No. The TV splitting into two pieces.” Pause. “That AND somebody dying.” he added for good measures.

Last night I dodged a few bullets. Within a matter of minutes all of my social media feeds were awash with “Eff you, Game of Thrones!” memes and excited debates. I haven’t watched the current (well, last) season yet, so naturally I ducked and covered as spoiler bullets were whistling over my head.

If you haven’t watched the season or season finale, here are some effective coping techniques to help you get through the day and gracefully prepare for and handle similar kerfuffles in the future:

Step 1: DO NOT READ THE BOOK

This is key. I can’t stress enough how important this is. Whatever you do, do not read it. Remember: humanity is headed in that direction anyway, so why not take a shortcut.

You must’ve heard the endless talk urging you to lean in, put the phone away, be in the moment and thrive. Eff that noise. Don’t give in and keep fighting the good fight. Except for post Game of Thrones Finale Monday. That’s the only time you should embrace that tediousness.

Step 3: DO NOT ENGAGE

People are going to want to chit chat at the water cooler at work or at school drop off and pick up. This is unacceptable. Wear sunglasses so they can’t establish eye contact or pretend that you’re sleeping.

The best way to avoid the Spoiler Boomerang Effect or the Echoing Spoiler as the more romantic souls refer to it, is to fake your own malady. Start with one day and see where that takes you. At the end of the day cautiously plug in and poke your head out – while still wearing your headphones. Alternatively text a friend that you’ve established trust with and ask whether it’s safe to resume.