How to Spot a Modern Day Feminist

It's not about the stereotypes 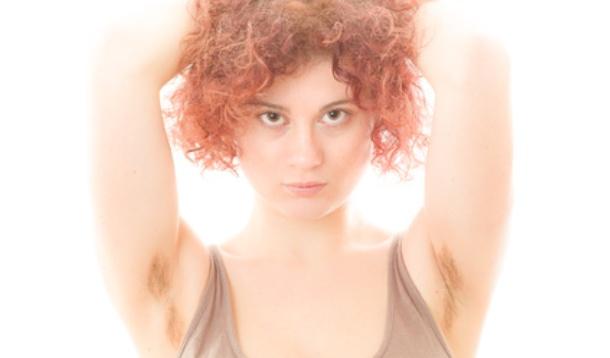 The hashtag #HowToSpotAFeminist was trending on Twitter and a real Think Outside The Boxtravaganza ensued with suggestions like “hairy armpits,” “patchouli smell,” “shrieking,” and “delusion.” I read them and find myself wondering whether rehab for misanthropes is a thing and how much it might cost.

Before you dismiss the opinions expressed in this post based on a strong probability of hairy armpits or lack of sense of humour, let me assure you that I'm all for humour, my only thing is it has to actually be funny. As for body hair, the only thing that might come between me and my shaved armpits is a zombie apocalypse. I've never actually defined myself as a feminist, but after having kids I started thinking in different terms - and I have two sons. Is it necessary to have girls or hairy armpits or a shaved head to think that girls and boys should be raised to believe and accept that they're equally capable?

It's easy to think in stereotypes and it's comforting to have them confirmed. Predictability offers a false sense of stability: Feminists will always burn bras.  Sitcom shows will always be recorded in front of a live studio audience, so that we know exactly when to laugh even if we don't understand why we're doing it. There. Information embedded and we never have to think for ourselves again.

The hashtag #HowToSpotAFeminist shows there's at least one stereotype in dire need of an update. The anti-Feminist stereotypes used in some of the tweets responding to the hashtag suggested detachment - not only from a sense of humour, but also from modern day reality. For the groovy souls stuck in the 70s, I give you my guide to spotting a modern day feminist, including some dos and dont's in five easy steps.

It seems Twitter users were subjecting armpits suspected of feminism as unshaved ones. She's probably just a new mom. Not only does she not have time to shower, she also hasn't slept in weeks. On second thought, go right ahead and assume she's a feminist - we hope she is, anyway.

There is absolutely no correlation whatsoever between one's belief that expressions such as “run like a girl” should be abolished and one's presence or lack thereof in the kitchen. I'm going to simplify this: Feminists CAN be found in the kitchen, whether cooking or just hanging out.

Do we really have to, though? It makes me queasy.

Once you've located the woman who asserts that naked face can be beautiful (look it up, it might have meant something different in the 70s), that carrying some extra weight shouldn't disqualify you from shopping in certain stores and that both genders should be reimbursed equally for performing the same role, you'll know you've found her.