Surviving Your Return to Work After Baby #2

Let's Try This Again, Shall we? 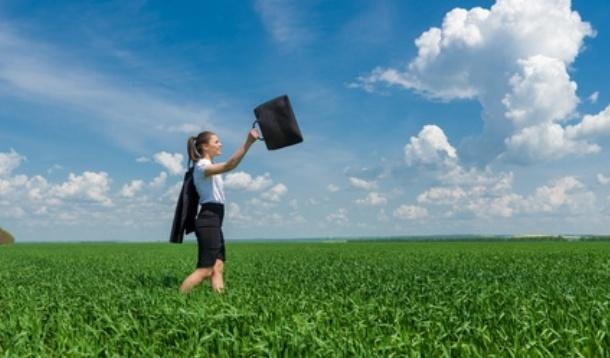 Being the designated grownup in your family can come with a surprising array of responsibilities ranging from explaining the origins of the world and rationale behind death (while making the latter more palatable) to having ALL the answers to EVERYTHING else (preferably around bedtime) and to other easier peasier tasks like finding and maintaining a job.

When my first child - now five years-old - was a thirteen month-old toddler, I went back to work for a new company and the adjustment was HARD. I’m talking get-me-out-of-here-I-want-to-drive-a-lawn-mower-for-a-living (is-that-a-thing-and-would-I-need-licence-for-that-?) type hard. After spending two years at home with my second child I was not eager to experience that overwhelming stress all over again. I was crying “Marco?” as I searched for part time work in hopes to ease my way back into the workforce but no one answered “Polo!” so once again I took on a full time contract role as a Recruiter and held my breath as I plunged in.

I Don't Want to be a Stay-at-Home Mom

On the last week of my employment, as I reflect upon the experience of returning to work as a second time mom, I want to share a few insights with you.

Being the designated grownup for quite a while comes with its own set of lessons that I was able to apply at work and one of them was:

"Fake it till you make it" IS a thing.

I guess you might – if you’re as young at heart as I am – refer to it as pulling the Ol’ George Costanza and doing the exact opposite of what comes naturally, if "naturally" is not your friend. Aware of the "This is a thing" of “fake it till you make it” I did the opposite of what I felt like doing during my period of adjustment to my new job. When I felt shy and self conscious I was the one to initiate conversation. When a task seemed insurmountable I said “Bring it on! I’ll figure it out,” and things fell into place. I’m not suggesting that you alter your authentic self or be anyone but you, but simply remember to occasionally play the angel to the self doubt devil on your shoulder. When not too long ago a colleague commented on a remark I made about staying quiet with “Quiet? You??” I knew that I maked it, as my two-year-old would say.

Remember: Going back to work for the second time may be hard but it won’t necessarily be that much hard-er than the first time around.

I remember having one of those weird conversations that only parents are capable of appreciating with a couple of friends who recently had their second child. The husband said that he thought that double the kids meant double the diapers, except somehow it didn’t. You can replace the “diapers” in this sentence with any other child-rearing-related noun (except for “sleep deprivation”) and the same principle would still apply. While being a parent might be the most meaningful, wonderful, and fulfilling thing you’ve ever done, it’s also very hard. Did becoming a mom for the second time make parenting double as hard for me? I wouldn’t say so.

You may have spent a significant amount of time auto-suggesting that you haven’t become obsolete during your extended period of absence from work, an activity which undoubtedly led to you convincing yourself that without a shadow of a doubt you’ve totally become 100% obsolete. Let me use the most beat up cliché in the history of clichés. Ready? Say it with me: going back to work is like riding a bike! If the environment and role are right for you’ll simply feel like you took a little pause, nothing more.

Dear Mom: You're Headed Back to Work

I want to say that mommy guilt is a bitch, but she’s more of a stalker. I’ll tell you now: your kids will forgive you so save yourself the time and heartache. Forgive yourself.

If you have concerns based on your previous experience going back to work after having your first child, remember: just like your second child wasn’t a replica of your first one, this experience won’t be either.

As I prepare for the daunting task of job searching all over again I am walking into it a bit more prepared. Supported by the friendships I’ve made. Reassured by my performance. Empowered by overcoming the hurdles that weren’t really there and I was able to notice that, for the first time maybe.

What has your experience of going back to work been like?

Katia Bishops: The Designated Grownup Do You Cringe When Your Chatterbox Child Goes On and On?