Quantum Physics Goes To The Circus 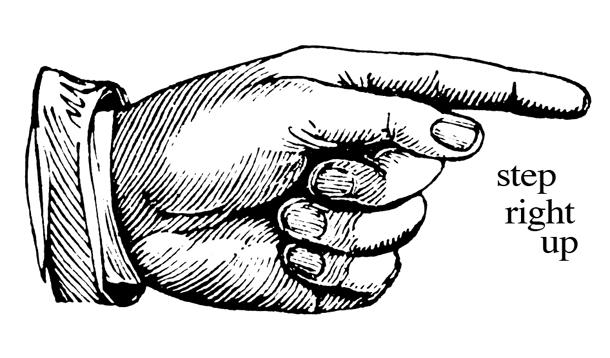 This week I found out I was pregnant.

Not kidding. Actually it’s more like a bizarre case of Schrodinger’s Kat. Depending on earlier random events and the Copenhagen interpretation of quantum physics, I am simultaneously both pregnant and definitely not pregnant.  Let me explain.

It’s been about 5 weeks since my D&C for Little Bean Number 2. In that time frame, my body has undergone the most complex chain of events, that it feels like my luck went to clown school and I should have a Big Top theme playing as my soundtrack at all times. I made a diagram to illustrate this because I’m getting sick of hearing my own voice as I talk about it. That’s normal, right?

Why don’t we just run with the circus theme, and I’ll say it’s my salute to the art of mime.

Here's what's been going on with me - I never kid about mime: 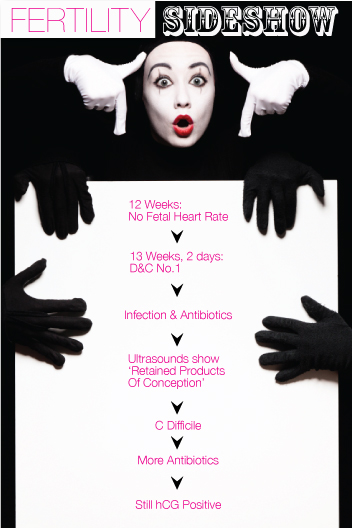 This week my doctor asked me to drop by for some more blood work. As an aside, I have had so much blood work done in the past month that I am convinced they are selling it on the black market. The requisition was to check my beta hCG levels to make sure they were going down properly after the D&C.

I guess I was seized by a weird MacGyver moment or desperately wanted to feel like I had control over something, because when I got home I decided to see if the levels were high enough to be detected in urine. Actually, I just really wanted to pee on one of the fancy Clear Blue digital pregnancy sticks that tells you if you’re pregnant, how far along you are, and what the long-range weather forecast is.

The scientist in me was proud to see a positive. My soul, however, choked on irony.

“You have got to be freaking kidding me.”

I don’t think I’ve ever seen something in my life that has upset me more.  I kept staring at the test like it was this totally alien object, telling me something incomprehensible but vital that my brain kept stuttering over. I felt sick to my stomach and sad at the same time. It was like my uterus had reached out and smacked me across the face.

And before you go there, no. There has been no sex. Let’s just say that fear of miscarriage, D&Cs, infections, and C. Difficile, aren’t exactly the lubricants of anyone’s primal fantasies. This isn’t some awesome “Just in time for Christmas” miracle story, although I have fervently wished it to be. It’s purely science-meets-clown-school-luck.

Sometimes hCG levels take a longer time to come down after a D&C, but because my ultrasound had already showed that I had retained products of conception after the D&C, I knew that it was going to mean more drama.

The next day the lab results were back and my doctor called to confirm a positive on her end too, as well as some concern about my condition. She used the word 'worrisome'. That’s when I lost it. The only thing I could think to say to her through a kind of laughing sob, was “Unkle.”

I love my doctor, because that’s all I needed to say. Within 2 hours, I was at my OB’s office, discussing the ‘what-now’ next steps.

I am trying to stay upbeat, but I am starting to seriously discredit this whole ‘third time’s the charm’ thing; and is it just me, or does the movie Ground Hog Day jump to mind?

I am so going to unleash my inner Bill Murray to get through this.