Gulp. Back to the Fertility Specialist.

29 Vials of Blood On the Wall 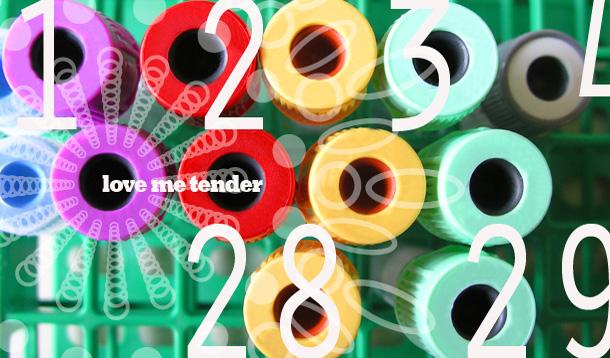 It was the day I had been dreading for months.

I was finally at the office of the new fertility specialist.

I thought I was going to throw up. Instead, I busied myself with conducting a design critique of the waiting room. Just a thought, but maybe lime green and sky blue in every variation of stripe and polk-a-dot is a bit too much. Just a bit. Ok, breathe Kat, just breathe.

Have you seen the movie ‘Say Anything’? You know at the end when they’re sitting there on the airplane waiting for the ding? That’s what I was like.

Impatiently, I wheedled my sweaty, white-knuckled hands into Hubs’ cool smooth ones. Where’s the ding..

“She’s late. This is ridiculous. What could she be doing?”  My voice was hard and judgmental. “I want to leave. Let’s just leave.” I had started to sweat. I felt like there was a monsoon in my coat, but I didn’t want to take it off yet. Just in case I needed to bolt.

The sweat trickled down my back. There were a few beads of sweat pooling on my nose. I was flushed and swallowing hard.

“Why don’t you take your coat off?” Asked my husband conversationally.

“Don’t patronize me! You don’t have a uterus!”

“Well do you?” My glare plunged him into a cautioned silence. Ordinarily we would have barked at each other or made some joke about how snarky I was. Instead, Hubs kept looking at me with this wry, understanding, patient smile that irritated the hell out of me.

As soon as Dr. S ushered us in I could feel the quivering lump in my throat. I knew that I had to talk quickly because I would either start crying or possibly explode.

“I don’t know if I’m ready to be here, Doctor, so please don’t take it personally if I’m bitchy.”

That was it. She had disarmed me.

I sat down in the pretty contemporary Danish seat opposite her and swallowed hard. Then I started ugly crying.

After a few moments I realized I had managed to scare the crap out of Hubs. His schooled expression of supportive husbandry had given way to that helpless and panicked look that flits over the face of every man when his female counterpart publicly dissolves into a puddle of tears.

He looked from Dr. S to me, and back to Dr. S, standing awkwardly as if he needed a prompt from backstage. He opened his mouth. Closed it. My crying crescendoed.

Thankfully Dr. S took the reins. She gestured for him to sit down, handed me some tissues, and motioned for me to take off my coat. It was the Fertility Doctor equivalent of walking someone off a ledge.

“There’s nothing wrong with you. It’s very common for you to feel like this. This is a place where you can let your feelings out. Where we can talk about anything.”

“You know, I blog about this. I tell strangers about this journey I’m going through, but I’ve never really talked about it. That’s weird, right?”

“No. I think that’s natural. I think there’s a difference between talking about issues, and giving them a voice. Really, we need to do both to heal especially when there’s been trauma. And you have been through trauma...”

Had I? I swirled the word around in my brain, but it didn’t feel real yet. I just felt exhausted.

We ended our session with an armful of test requisitions and ‘homework.’

Hubs and I walked down the hall to the lab, and I had 29 vials of blood drawn.

Pinched, drawn, and track-marked, I looked over to my sweet, tough-as-nails husband who had passed-out they started on his 6th vial.

For a moment I felt a kind of strange mirth bubble up in me.

Maybe I am stronger than I think I am after all.