Battling PTSD During Pregnancy? You're Not Alone

Stop Being Held Hostage By Your Own Past 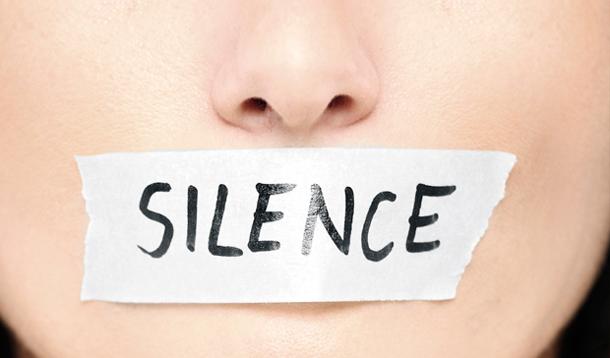 Post Traumatic Stress Disorder has managed to carve some pretty intricate logic-loopholes as it’s etched its path through my life. A leftover relic from fertility issues, miscarriages and separation, it’s cut me deeply.  Now that I’m finally pregnant and safely into my second trimester I want to feel unbridled joy, but sometimes I feel terror and paralytic trepidation instead.

More than once I’ve warred with myself, telling myself to just ‘get over the past’; staring down my volatile emotions from a perch of detached intellect. I know when I’ve been triggered and why. I know why I am now a superstitious, jumble of irrational if-then statements. But I don’t know how to stop just yet.

The other day I was cleaning a puddle of thawed blood from a package of leaky ground beef off the kitchen floor.

“It’s just some messy food.” I repeated to myself as my movements became more agitated and I tried to keep pace with breaths that came harder and faster than ever. And all of a sudden I wasn’t there.

I was in a different house, in a different time, watching the blood drip softly on the hardwood floors as I lost my baby. There was always so much blood.

I snapped back to reality in the kitchen and started dry-heaving. “Come back Kat… you’re here. You’re now. It’s over. Steady….”

Therapy has taught me how to breathe through those moments. Now I know how to re-engage the here and now, be patient with myself and understand that this is ‘normal’ for me. But I still struggle with accepting the sudden experience filter that seems to take over just when I think I have it all figured out.

Like when seeing my pregnancy test turn positive plummeted me from wonder into cold sweats. Not because I wasn’t prepared to see that answer, but because the potential of reliving the nightmare of loss sat there clearly as 2 lines in the test window.

Cap’s surge of surprise and happiness at the prospect of fatherhood was instantly squashed by my avoidance and terror. “Don’t get too excited.” I said it over and over again.

I hated myself intensely for militantly managing expectations, desperately wanting to feel elation, but petrified that I would break Cap’s heart with a miscarriage.

My trauma-brain had fused everything together into one huge solid mass of inevitability.

“If I lose another baby, I’ll ruin this relationship too.”

I told myself that was not a logical assumption, but somehow my emotions had dragged the reigns out from my hands and no one was driving. I tried to quell the past by focusing on the now, but it didn’t matter.

Every time we got any news about blood work or ultrasounds I became more and more numb. After a rocky start with low hCG levels and a slightly lower heart rate, we were doing great. Everything was as it should be, and Cap was smothering his excitement because my constant edginess and fear interchanged with stoic detachment was more than noticeable. I couldn’t get on board with the magnificent thing that was happening inside of me because I was already planning for the death of my unborn baby.

We slowly leaked the news. I told my mom. Cap told his brother. But instead of the contagious warmth we usually feel sharing news with family, it was under the guise of preparing a support network in case the worst happened.

In the week leading up to my 12-week ultrasound I kept reliving the moments I was told my babies had died. I ate, breathed, slept, those memories. When I least expected it images and sound bites would play like a painful reel in my head. It exhausted and haunted me, and everyone felt the strain.

Forget the surge of first trimester hormones I was feeling—I was jumpy, angry, defensive, emotional, and listless. I’d throw myself into work so I wouldn’t have to feel or process my thoughts and my pain. I was terrified of stopping because the moment I did, the past would bubble up again and rip my heart. I couldn’t write because when I did I’d end up shaking, locked in a superstitious double bind.

If I write about it I’ll have to feel and I don’t know what will happen… I don’t have time to fall apart… If I don’t write about it, things will get worse. But the last 2 times I told everyone and I lost the babies so what if not writing is actually keeping my baby safe?…

It had taken me weeks to work up the courage to say those words. I couldn’t even look at Cap. I felt his hand softly take mine.

I slowly raised my eyes to his and I knew too.

It was time to get help.

To read about about overcoming miscarriage grief, check this out. To get a glimpse into part of my miscarriage story, read this now.