Thinking About Freezing Your Eggs? Me Too

I Have A Gazillion Questions 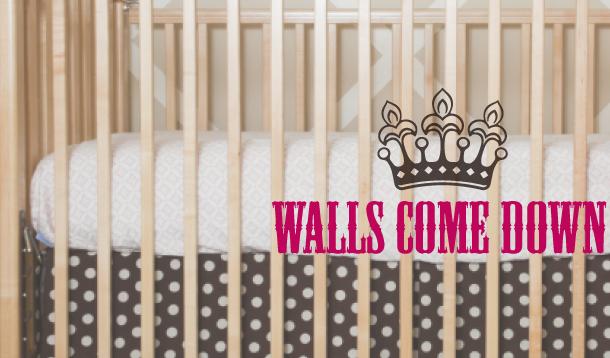 When Baby Girl would ask about me having another baby, I’d look at the crib in her room like it was some kind of oracle. Like it was somehow going to tell me if I stared at it long enough.

“Mummy, I want another sister, ok? Maybe a brother. Maybe both. I really love babies and you’re a great mummy. You should have some more. We don’t really need a daddy. Maybe you can ask your friends to help you...”

Hmm. Oddly convenient that the crib decides to stay quiet at times like this.

I don’t know what else to say to her. I’ve been separated for almost a year now so I have no idea how to even field the question. Luckily she doesn't seem to mind. She shrugs, and moves on to something else.

It’s when the crib has been put into storage that I start really contemplating my ovaries. Naturally.

I stand there in its empty space and wonder about it, my eyes darting around for its cherry frame.

Well? When am I going to have more kids?

Am I going to? Ever?

I realize I’m separated and that’s still fresh in the grand scheme.

And I’m still young, and there’s plenty of time and all that. But… is there?

I mean, I’m 35, I’ve had fertility issues for 6 years, and now I’m pretty much the farthest out of baby-making orbit I could possibly be.

So while it seems the most counterintuitive time to actually think about having more kids, maybe it’s actually the most important time. Right?

And yet… I feel weird about it.

We spend hundreds on fashion, restaurants, entertainment each year.

But what about our own legacies?

My foot is outlining the dent in the carpet left behind by the crib foot.

We don’t often talk about our future selves procreation-wise, except in the context of prevention.

What about the decision to make sure that we have optimal reproductive health regardless of where we are in our relationships?

When was the last time you heard anyone who wasn’t actively on the baby-train, or who was single, say ‘I just want to make sure my tubes are open,’ ‘Gee I really hope I have awesome eggs,’ or ‘My goal is to have a great sperm count.’

I guess we don’t think about it until we’re ready to move to the next step with someone.

But what about someone like me? And what about the single professionals in their 30s who just aren’t ready to try right now?

Right now, when we think about eggs or embryos being frozen for future use, we may be a teeny bit more prone to look at it as part of a ‘couples’ fertility safeguard instead of something women or even men can do alone to make sure their futures are secure.

I have been thinking about it. I really have. Considering it, even.

Why not freeze my eggs, and then try later on with optimal materials that haven’t degraded over the years? Why not have that extra chance at conceiving—I could still be trying naturally and have some fr-ova (ha, see what I did there?) as my back up. Right?

How would the guy I was with feel about this? Would it be weird for him to think about using an egg from another time?

And if there is no guy? But I found myself in the right circumstances, I could still get a sperm donor and proceed. Right?

It’s a fascinating subject and I don’t know all the answers.

All I know is that I would love to try having more kids at some point.

And I want to make sure that I can.

I’ll keep you in the loop as I do my research and learn the best option for me.