5 Ways NOT To Fight With Your Ex During A Separation 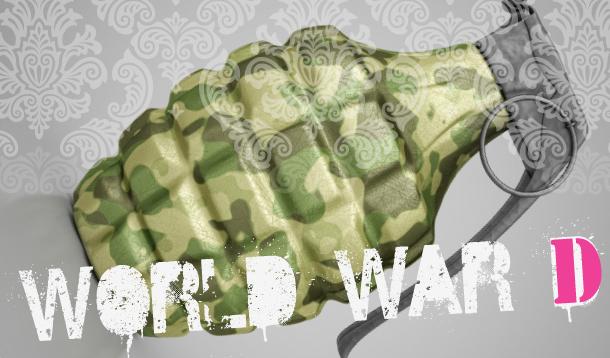 Generally the Ex and I don’t fight, which is pretty awesome. But when we do? Good. Lord. It’s like listening to Sean Connery spiel about Capone in the Untouchables.

“They pull a knife, you pull a gun. He sends one of yours to the hospital, you send one of his to the morgue. *That's* the *Chicago* way!”

A couple weeks ago we were both so tired and stressed that almost an entire year of amicable, laissez-faire friendship and awesome parenting unraveled in 5 short minutes.

I don’t know how it happened. One minute we were fine and the next, um… incendiary.

At first it felt good. I’m not going to lie. It was like this amazing release of molten hot rage that had been bubbling up for months.

And no one was going to back down. Because all of a sudden, our positions were life-and-death important. Which is hilarious because I can’t remember what those positions were.

All I know is that the dirty Ikea couch in the living room? It was going to be worth $25, 000. The house? 10 rounds, minimum. Custody? Ever seen Irreconcilable Differences?

“You’ll be hearing from my lawyer!!”

I was shaking with rage and my eyes were burning (think Zuul) as I slammed the car door.

And then I stopped.

I sat there for a few minutes desperately wanting to reset the last 5 minutes of animosity.

And then I realized I could.

I walked back to the house and knocked on the door — that’s all I needed to do. There were hugs and tears and lots of snot.

Then we talked about 5 things we were going to do to make sure it never happened again.

Apologizing Is Not Backing Down

Leave your ego at the door. If you don’t feel good about what you’ve said, and you’re sitting there feeling like crap about the way you’ve dealt with the situation, change it.

Saying your sorry isn’t saying ‘Oh by the way I totally reneg every valid point I made earlier.’

It means ‘I didn’t want to hurt you.’

It also means ‘This sucks.’

It also means ‘This is so hard.’

You are the one who ultimately imbues it with meaning, so use your voice.

What did it take for you to get to the point of no return? What did it take for your partner/ex to get there? More often than not a big fight has very little to do with the other person. Think about how often you’ve had a horrible day compounded by let’s say, the worst traffic in the world, and then the fact that your ex is 5 minutes late to meet you catches you off guard and you explode. Try and step back and look at it from the other person’s standpoint. You may not be able to stop the explosion, but understanding that it has nothing to do with you can contain it somewhat and give you that extra dash of patience and compassion to deal with difficult conversations.

Acknowledge Your Feelings, and Be Proactive

If you know you are having a doozy of a day, be honest with yourself (and your ex). Take time for yourself. Rest. Acknowledge that you’re frustrated and that you have a short-fuse. There’s nothing wrong with saying: “Hey. Let’s do this tomorrow. Today is horrible, and I’d rather chat when I’m in a good mood and focused on a solution.”

Keep It About the 2 of You

People weigh in on situations. We all do it. And even if we don’t take their advice it sits there in our brains, maybe influencing the way we filter through future information.

During an argument it’s no different. Except that those perspectives — as well-intentioned as they may be — are basically high ethanol fuel to the fire.

How many times have you been in a spat and then out of no where you whip out the ‘Well my mother HATES you’ card? And what exactly does that have to do with anything?

Be Kind To Your Future Self

When you start getting to the boiling point, remember your goals. Project into the future and see you and your ex being amicable. See your amazing kids laughing. Visualize yourself in a positive, healthy relationship, and imagine everyone happy and thriving. You’d be surprised how doing this for 10 seconds when you hit DEFCON 1 can change the entire course of a conversation. Try it. Trust me.

You are probably going to fight, and that’s ok. Fighting isn’t bad. It’s just conflict, and conflict is the harbinger of any kind of change and growth. It’s not the most pleasant aspect of life, but it can also lead to amazing transformations.

Try and remember that the struggle you are experiencing now is giving way to something completely different.

And you have a say in what that is, and how it rolls out.