How Are We Marketing Marriage to Kids? I’m not an expert. I’m just a separated woman trying to shop for her toddler...and I’ve got to ask this question. What the hell are we teaching our kids?

This is not a post about gender roles. This is not a post about mass consumerism making Romero-type slow zombies out of our kids — Ok, maybe a little bit. This is a full blown rant about how messed up it is that we blitzkrieg market the institution of marriage to little girls without batting an eyelash, and then expect them to make sound decisions about sex, relationships and career later on in life as individuals.

Look, I get that some kids are maternal, paternal…nurturing. I understand the anthropological aspects of toys and how they can be amazing for social development. I get that there will always be a market for little dollies and playing house for both boys and girls. I know that at some point everyone fantasizes in varying degrees about finding their missing puzzle piece, and that may or may not involve putting a bath towel on your head and holding a curling brush as a bouquet as you envision the scene.

But do we have to reinforce it on a consumer level so early? Do we need toddlers to start thinking about what kind of wedding dresses they want? Aren’t we past telling little girls that one of their dreams has to be marriage?

And let’s clarify this before it gets murky. I personally think marriage (so long as everyone knows what they’re getting into) is awesome. But I don’t think it should be viewed as a prerequisite for having a fulfilling or successful life. That’s what blows.

That and the fact that the ‘till death do us part’ marketing is vastly one-sided. When was the last time you saw a boy’s toy in a tux? I’ll give you a hint. It wasn’t anything wedding related. I mean, it would be hilarious if every time they put out a boys toy they paired it with a random bride like they so often do with girls' toys and grooms, but nope, that doesn’t seem to ring in the cash.

And what are the little boy protagonists of the now? Superheroes. Ok. Fine. I can handle that. But again with the one-sided positioning: girls don’t get the message that it’s ok to want to have a special, unique, skill.. That it’s cool to be deceptively strong and smart. That there is power in being different and special. That the world needs them to fulfill their destinies unless it's saying 'I do', riding side saddle, or getting a date to the prom. Hell. It’s not ok for little girls to even want to be the awesome females on the same superhero continuum. Where is the big box retailer, kid-marketed Black Widow doll, Marvel? Where is Catwoman, DC?

Are you waiting until you design their wedding gowns? Finish the plastic moulds of their grooms?

Most importantly, why is my kid stuck looking at crap like this? 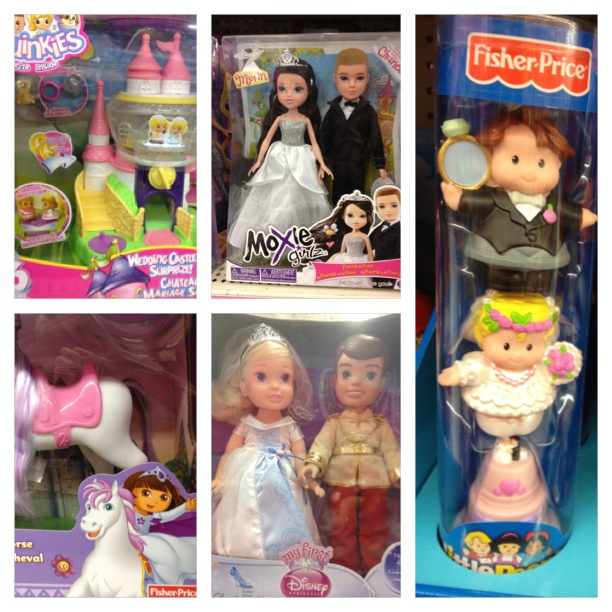 Why does she have to be given the message that she is no one unless she is part of a couple?

Luckily my kid is pretty unique. She sings Barbie princess songs with Ironman at bath time. She thinks that Spiderman is really pretty. She calls the Hulk ‘Hulkie’ and croons lovingly to pictures of him. She will put on a beautiful princess gown, play with her dinosaurs, and zoom around at warp speed, saying she can fly and that she’s magic.

And I believe her.

To be completely honest I don’t know what’s right. What’s wrong. How much of marketing is reinforced with at home values or environment, or anything else.

But I do know I was seriously relieved to find this for her birthday. 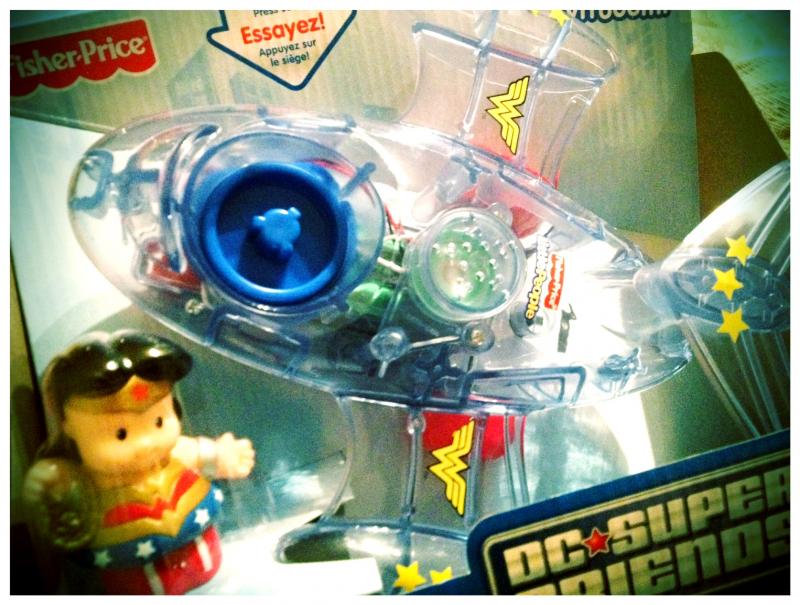 And I hope I can teach her to take an invisible plane over a glass slipper any day.