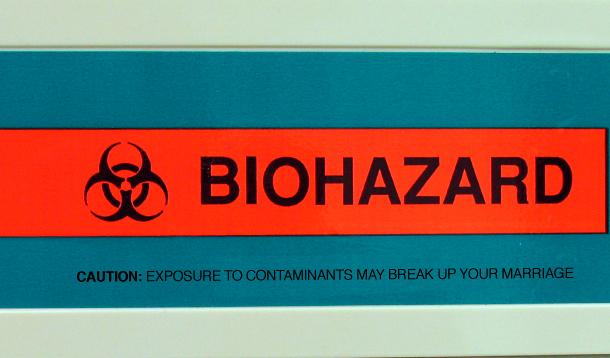 My married friends are staying away from me because I’m going through a separation.

There. I’ve said it.

Some of this is of course meant jokingly because we’re all busy moms and frankly it’s damn hard to make the stars align in favour of a margarita and good old-fashioned catch up.

Some of it however, means exactly what you think it means.

“I can only come out for a couple hours because M is watching the kids tonight.”

“Hahaha..contagious.. You know… that we’re going to get separated too.”

Ok. I kind of get it, but I’m totally back in grade 8 right now feeling like my friends can’t hang with me because then the cool kids won’t talk to them at lunch. It’s because I don’t have Tretorn sneakers or those cool pompom socks, isn’t it?! It’s because I wear Converse hightops instead..

How did this happen? Is it possible that somehow I have become the dreaded ‘home-wrecker by association’?

In the past I’ll admit I’ve fully avoided couples or friends in certain types of distress because I didn’t want to be caught in the middle, or find myself picking sides. I’ve given them space to work things out, sent meek emails or left voice messages now and again, but barely engaged with them the way I used too.

Also, it’s not grade 8, my footwear is rocking, and I’m emotionally secure enough to look at these issues from multiple perspectives. Giving someone space is pretty much the same as treating them as if they’re contagious if you think about it, except that instead of being purely self-preservational, couples are more assertive because they are also trying to save their own relationships.

Now I know that this points to ‘well that just means that they know they have issues in their own relationship’ but guess what? I’m going to say that couples are fully allowed to be fragile and protective of each other.

I kind of get why it would be scary to have your partner hang out with the devil incarnate ‘friend who is going through a separation.’

Any group of friends can be a fast study at mob mentality. Throw in some drinks, and voila. We've all done it — gone home with someone else’s problems coursing through our veins along with a batch of martinis, and all of a sudden our significant other is listening to our newfound enlightened truth about how men and women communicate.

But when did I become a bad guy, and more importantly...am I a bad guy?

I called one of my other besties to gain perspective.

Ah. Well now, that makes more sense. It doesn’t make me feel better, but does give me a vantage point from some Ledge of Emotional Maturity.

Are we all secretly petrified that the relationships we have and cherish could just ‘poof’ disappear?

Is it actually different than grade 8?

Is my relationship status right now, the bad pair of glasses, the head-gear, the zit in the middle of my nose, or the bowl-cut my mother gave me that made me a complete pariah?

Or do the cool kids know deep inside that this shrimpy little geek is going to rule the world one day?

That’s right. I’m drinking my milk. I’m going my own way. I am totally going to rock whatever life throws me.

I’m going to be bigger than Tiffany.

Even if I’m not wearing the right shoes.

Are you comfortable with your hubs or wife hanging out with someone newly separated?

Do you think that because they are ‘newly single’ and ‘going through a rough time’ that it translates into ‘a license to be party/indulge’? Does that intimidate you

Do you think that your relationship could ever be influenced by someone else’s situation?