From Conchita to Sam—A Great Weekend For LGBT

Baby Steps Towards Tolerance Are Still A March Forward

From Conchita to Sam—A Great Weekend For LGBT 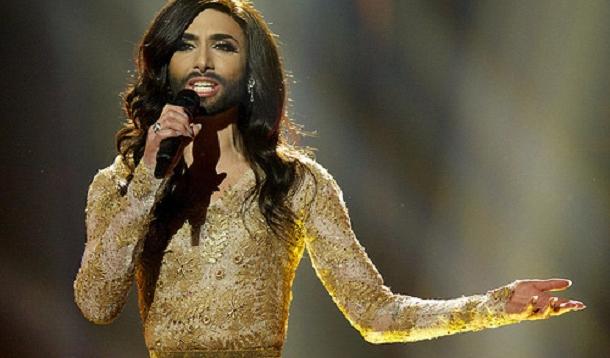 This weekend was glorious in Toronto! Mother's Day happened, the weather was great, and news hit about two things that I think show we are slowly changing our mindset as a people, and I couldn't be happier.

First, Saturday Night saw the Eurovision finale. The annual contest (for those who don't know) was started in the 50s to help connect Europe post-WWII. Celine Dion sang at Eurovision as a teen, and many singers and songwriters have used the contest as a jumping off point for their careers. This year's winner was Austria with the song, "Rise Like A Pheonix." Great, Austria won, big deal, right? Well, this is the big deal—the singer is Austria's drag queen superstar, Conchita Wurst. Here's the winning performance:

I love, love, love that Conchita won, because it shows that the world is slowly changing. Sure, there are shows like RuPaul's Drag Race, but it seems to me that more people are becoming less likely to care that someone is gay, performing in drag, or whatever. This thrills me.

After this amazing win, the news came out that openly gay football player Michael Sam had been drafted to the Rams, making him the first ever openly gay man drafted. There was live video of him getting the call and celebrating by planting an amazingly adorable and romantic kiss on his boyfriend. The video is tear-worthy.

Each step we take towards true equality, even with bumps and breaks in the road, is a major milestone. And for every person making some asinine comment about, "What do I tell my kids?" there are thousands of allies and friends making sure that our kids know that there's nothing abnormal or strange about being who we all were born to be.

What about you? Do you think Eurovision made the right choice in the winner? I know nothing about football, so if you do, tell me, is Michael Sam a good player?

What Is Going On With Avril Lavigne?

From Music Video Mishap to Backstage Awkwardness, What Is Her Deal?

What Is Going On With Avril Lavigne? 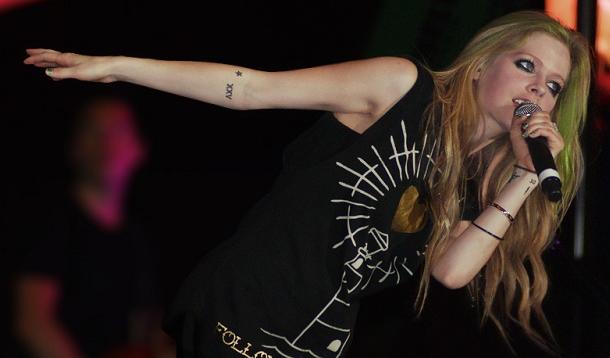 You guys, Miley Cyrus isn't the only celebrity raising eyebrows these days.

First, Avril's Hello Kitty video hit the internet. The song is on her co-written album with new husband Chad Kroeger from Nickleback. The song is atrocious. Some called the song racist, while Lavigne herself argued that she loves Japan and Japanese culture and was trying to honour it.

If you're going to honour something, Miss, please at least look like you are happy!

Now, comes word that as part of a backstage meet-and-greet in Brazil that fans paid the equivalent of $400 for, they were not allowed to touch, get close to, or even put their arms around the songstress.

The photos are hilariously awkward.

Although, to be fair, sometimes musician's handlers tell people all sorts of insane rules that the celebrity never asked for. This doesn't look like that, though. She seems like she doesn't want anyone to touch or look at her. She seems really unhappy. But I'm not exactly sure why.

I've never really been a huge Avril fan, even though I do have to admit that when she belts it, she sounds great. Since the bizarro announcement that she was engaged to her now husband, though, things have seemed, well, weird.

The photos look even more hilarious/sad/strange when paired with photos of singer Rihanna at her meet and greets with fans (thank you, Buzzfeed).

Want to read more like this? Check out this Fun Lady Gaga Cover.

Couch Dates Can Be As Rewarding 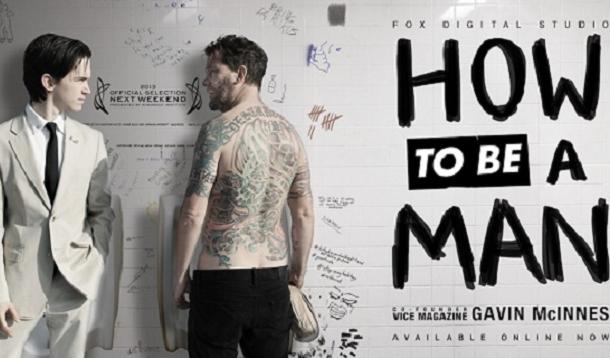 So, when I started this blog almost two years ago, I tried really, really hard to go to the movies at least once a month in order to write movie reveiws. It was fun, the odd time I got out, but having a toddler, working full time (at the time) with a husband who works restaurant hours was challenging, to say the least. Then, Lauchie came along, and, well, the last time we went to the movies, the projector broke and we were SOL.

Recently, I noticed a pattern with Matt and me. His one real day off a week is Wednesday, and we always settle in for a movie or to catch up on one of our shows after the kids go to bed. It's our own version of a date night, only on the couch. Usually, with Netflix. This got me thinking, why not review movies I know you guys are wondering about? So, here we are.

Instead of you scrolling through ten million things trying to decide what to watch, I'm going to start reviewing shows and movies we watch on Netflix so that you know what's worth it for your couch date nights.

Recently, Matt and I watched How to be a Man starring and written by Gavin McInnes. McInnes was one of the founding editors of Vice magazine, but left a number of years ago to pursue his own writing and start his family (he now has three kids). The movie centres around Mark (McInnes), a man who has breast cancer and has a girlfriend who is expecting their first child. He wants to put together a movie outlining all the rules for "manhood" he would like to impart on his unborn son before he dies, so he hires a young, budding documentarian to follow him around for a few weeks to make the movie.

Bryan (played by Liam Aiken), the young camera man, not only catches Mark at his best, (and also his worst) but also learns from him. At times, incredibly funny, this movie is also more vulgar than I expected. If you aren't into "dirty" humour, this movie might not be for you. If you're into something a little more edgy, I'd say go for it. This movie definitely aims to please young dads and dads-to-be between the ages of 30-40 and, depending on your cultural point of reference, is pretty decent.

I personally dug this movie, but I'm also a fan of McInnes' Twitter and love his website. It was a great way to spend a date night and gave us both something to chuckle about while giving us a bit of longing for those days before Henry came around.

Check it out and tell me what you think!