The Problem with Geekdom

You'd think a nerd would be a little more sensitive.

The Problem with Geekdom 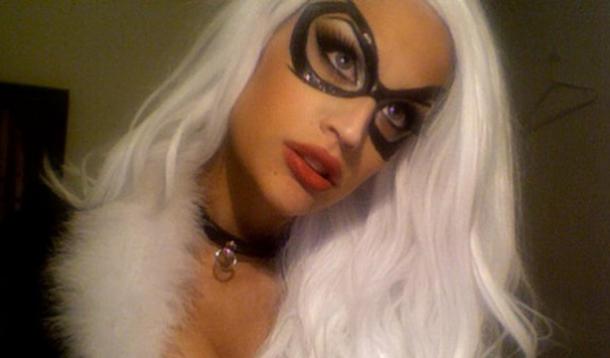 NYCC (New York Comic Con) is one of the premiere events on the calendar of fandom events throughout North America. For the uninitiated, cons (conventions) are just a place where dorks and nerds dress up in costume and spend a boatload of money on collectibles. For those of us in the know however, cons are a place to meet fellow fans, get a leg up and learn about the new product and shows coming in our favourite genres. But there's always been a darker bit that no one really talks about. Fans like to dress up in costumes (Cos-play or Costume Play) at these conventions. And quite often, women wear provocative and sexy outfits (many strong female leads are created by men and wear clothing beyond the imagination; but that's a discussion for another post). Something no one really touches on is the disgusting double standard applied to the world of Cosplay and how women are often treated. Until now. Mindy Caruso went to NYCC this past weekend dressed up as Marvel's Black Cat and got a whole lot of harassment. And she documented it on her blog.

I have several problems with what went down at NYCC to Mindy. First of all, being that NO ONE even bothered to tell this asshole that he should shut his pie hole. No one. None of the crew, none of the spectators, no one. Everyone just stood there in silence while Mindy held her ground against such blatant sexism. And this is straight-up sexism, folks. The idea that a woman in a sexually provocative outfit DESERVES to be treated like an object and should happily play along when someone asks her her bra size or to be spanked is deplorable.

Secondly, WHAT THE FUCK, NERDS? We all spent years and years and years being mocked, made fun of and mercilessly teased for things like braces, love of Star Trek: The Next Generation or D&D. Why is it suddenly OK, now that you've got a little bit of control in life to try and berate a woman and sexually harass her to this extent? Is it because this woman (and many like her, including some of my foxy Cosplay friends) is beautiful? If she were heavy set, or had small breasts or thick thighs, would you have sunk to that level? Doubtful. You assume that because a woman is dressed in a sexy outfit, is playing a role, is sharing her love of comic books, that you have ANY right to ask her what her bra size is and if she will spank you? What the shit, dudes? I don't understand where this comes from, and outsiders are just as shocked as I am. Comments on the Jezebel story include people's utter surprise that an already marginalized group would marginalize one specific gender. We're supposed to be inclusive. You wouldn't ask a hunky dude in a Thor costume what his jock strap size was or ask for a little butt spank. Get real.

My third problem is the fact that no one said anything nor came to Mindy's defense. No one. I doubt she was in a room filled ONLY with men—so ladies, where were you? You see something, you say something. This dude should have been shamed MERCILESSLY. But this is somehow the acceptable culture in fandom. Is it because you wish someone would ask you for a spanking or you don't know what to say?

"Hey man, that's rude." is a good starting place. Or how about, "That's inappropriate. I would appreciate it if you stopped objectifying this woman. She's allowed to dress how she wants."

The response to Mindy's tumblr post has been amazing and inspiring, and I really applaud the fact that she took this to her personal blog. However, she refuses to say who this group/website/podcast whatever were who treated her this way because she doesn't want them to get traffic. Mindy, I think you should out these dudes. They'll get traffic at first, but they'll loose clout and hopefully, be run out of town on rails. You deserve at the very least, a public apology. At the very least.

And nerds, let's stop being assholes to each other, ok? Especially women who are at conventions for the same reasons you are. To Cosplay, meet new friends and buy some awesome Jean-Luc Picard statues (just me?).

So, spill it, what do you think about sexism at conventions? 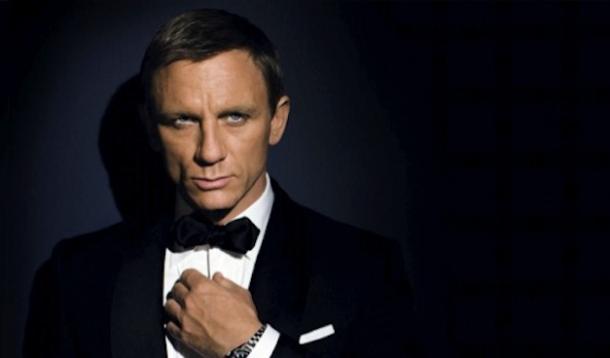 I don't know what to say about this trailer other than the fact that I'm INCREDIBLY excited for this movie. And this two-minute trailer is really getting me excited!

So, spill it: are you excited for the new James Bond movie?

Lena Dunham is Not Funny

And does not represent any women I know.

Lena Dunham is Not Funny 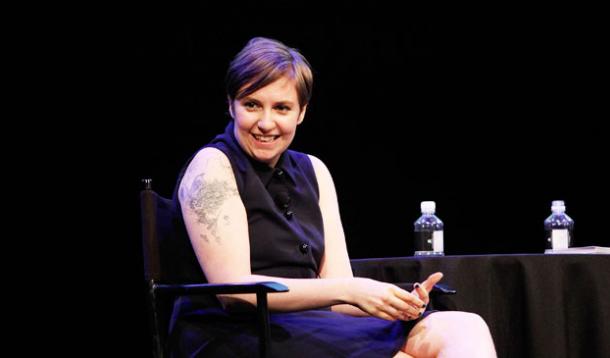 I haven't been able to sit through an episode of Lena Dunham's smash HBO hit Girls. I find the writing childish and the characters and situations unbelievable. Some people love her, and some loathe her. I was in the "who cares?" column until today.

Last week, Dunham was tweeting with friends Mindy Kaling (The Office, The Mindy Project) and B.J. Novak (The Office) about Halloween costume ideas and Kaling suggested they be the West Memphis 3 (you can read about this tragic story but be forewarned, it's gruesome and sad). Dunham responded with, "You guys go as killer Canadian couple Paul Bernardo & Karla Homolka. I'll be her sister they murdered. Scariest! Luv U"

My husband grew up in Niagara region during the time that Kristen French and Leslie Mahaffy were killed and the tone in which Niagara families speak of these crimes is still one of hurt and confusion, 20 years later. As a tween, I inadvertently overheard a family friend (who had been in court during Bernardo's trial) recount what they saw on the videotape of Karla's sister's murder. It haunts me still.

I know what those girls looked like from their school photos. Their faces flash in my mind just as clear as any other kid I may have gone to school with.

And I'm not someone who thinks controversial topics should be off-limits. But let's be clear, joking about child murders (and I'm pretty damned disappointed in Ms. Kaling's remarks too—the WM3 case is awful and sad and three sweet boys died) is not ever going to be funny.

I'm sickened that someone even finds this comical and that they have a public persona that allows them the soap box to spew such tasteless garbage.

People who lack the basic human emotion of empathy are not people I look up to, admire or would want children to look up to.

Someone likened Ms. Dunham to Tina Fey once.

Only if Tina Fey was uneducated and mean.

So, spill it! What do you think of Lena Dunham's comments?