Celebrating one of Hollywood's best actors 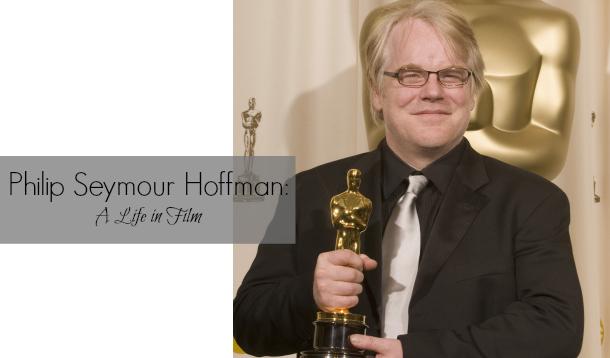 I was completely floored early Sunday when reports started surfacing that actor Philip Seymour Hoffman had died of an apparent drug overdose (a hot shot — the needle was still found in his arm, so it killed him instantly). He was found Sunday morning after he'd missed going to pick up his three kids, which was unlike the doting father. He'd checked himself into rehab in May for issues with heroin, but I hadn't heard anything about him since he'd left, so I thought he'd just been laying low and taking care of himself. It's just awful news from a man who has won numerous awards for his spectacular body of work, and by all accounts was one of the most lovely, down to earth men in Hollywood.

While I don't want to get into the horrible addiction that took his life here, I want to talk a bit about his varied work and some of his most memorable roles, because, well, the man was unreal.

For many women in my age group, he really came to life for us in Magnolia (though how can we forget his small part, Brandt in The Big Lebowski), playing Phil Parma.

Between 2000-2005, he was in a number of really fantastic movies, including Owning Mahoney, Punch Drunk Love, Strangers with Candy, and Cold Mountain. Then, in 2005, he played Truman Capote in the film Capote and won all the awards for everything. After 2005, it was hit after hit after hit and fantastic role after fantastic role. For me, his most incredible role and the most amazing movie was Synechdoche, New York written and directed by the insanely talented Charlie Kaufman.

Synechdoche is really, really hard to explain but is a must-see for anyone who really, truly loves movies.

And there you have it, we are all leads in our own plays.

Sadly, it seems that Philip Seymour Hoffman's play was a tragedy.

If you know someone struggling with substance abuse, there are a number of organizations you can contact in Canada. Let's stop these things from becoming examples for our kids.