Are You Carrying The Motherload? 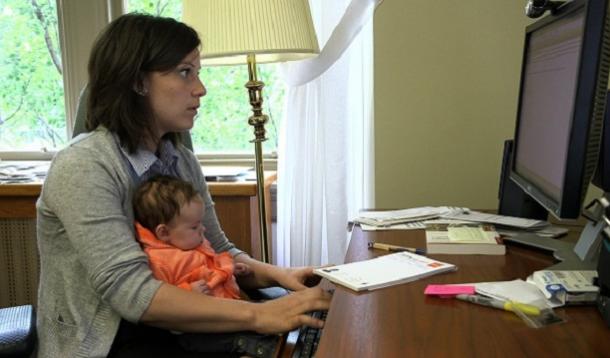 Early last year, I was interviewed during the preliminary data gathering for a new documentary airing this Thursday, January 9, on CBC's Doczone, called The Motherload. In the doc, Director Cornelia Principe takes aim at our society and the current pressures facing working mothers. I find this topic to be endlessly fascinating, and many of the topics and points that they bring up in the movie go through my mind on a regular basis.

For example, in the trailer someone mentions that working fathers are never questioned about having it all, nor are they criticized for working while their kids are in care. As a working mom myself, it really irks me that my decision to work (or not) has to be scrutinized not just by society in general, but also by other mums.

The movie was made after last year's Atlantic article called "Women Still Can't Have It All," and even just the title of that article is a bit bait-inducing to me. NO one can have it all—not dads, not mums, not single guys and gals. No one single human can have "it" all ("it" being whatever you want out of life). I'm curious to see what the movie's thesis is and if Principe also believes that the idea of "having it all" is silly.

As for me, I personally do a lot, but it's not because I "must." It's because I want to. My first maternity leave, I had severe postpartum depression, which I think was exacerbated by the fact that I had nothing to do but wallow. This time around, I'm using my time to build my business, write for YMC, and be better engaged. Is my house tidy? Are my dishes washed by me most of the time? Do I cook and do laundry? Sure. But so does my husband. If I'm carrying the motherload, it's because I'm choosing to. And while a lot of women don't have the choice, I know for me it IS my choice. Maybe it was my upbringing or maybe it's just how Matt and I do things, but it seems to work for both of us, and we're generally pretty happy.

Do I have it all? No way. Do I have a lot? Yes. I'm really interested in seeing what the working mothers in the documentary say about "having it all," and if, like me, many don't feel guilt about it or if they do.

Do you feel like you carry most of the burden in your house? Do you carry The Motherload?