Blackface Is Not OK 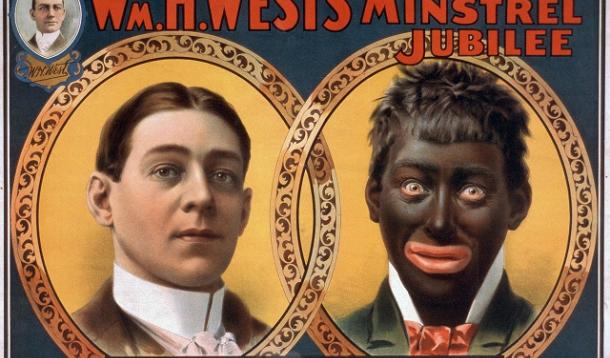 I cannot believe that I actually am about to blog about people in blackface in 2013 and it not be a historical piece about the racial inequality that black men and women have (yes present tense included) had to deal with for hundreds of years. But, to get everyone up to speed as to why this is a pop culture issue, and why we are still talking about this, a little history (in super brief):

Blackface gained popularity in the late 1800s (there is history going back to the 1400s!) in order to create a comical stereotype of "coons" that white theatre goers could laugh at openly. The travelling minstrel shows that had blackface comedies actually have a lot to do with the racial slurs, hatred and names still used against black people in North America today. With the exaggerated lips, crazy hair and "yes massa" routine, blackface truly was one of the most insane things that ever called itself theatre. That slowly faded in the middle of the twentieth century and most people started to understand that blackface in any form is not appropriate (and there are many examples of blackface the world over that are still used by whites to portray comical black characters. Google Zwarte Piet if you want your jaw to fall off).

I say most people only because in the last week there have been 3 high profile instances of blackface that highlight that there is still a lack of understanding of what racism actually is in 2013, and it saddens me as a parent and as someone who loves history and popular culture. The first incident was Julianne Hough of Dancing With The Stars, who, along with her friends dressed up as Crazy Eyes from the Netflix show Orange is the New Black. It would have been a fine costume if she hadn't decided to make up her skin with dark brown makeup.

But she did. And rightfully, a lot of people were up in arms about it. But Hough isn't the only one who thought blackface was an acceptable Halloween costume.

2 coaches and a teacher in California were also suspended last week after donning blackface. And just today (Tuesday) the Vice Principal of a school here in Ontario was suspended for wearing a Mr. T costume complete with blackface. There is currently a campaign to have the VP not suspended because he's a "revered, great teacher." I call bullshit on that.

I call bullshit on people being so apathetic that this racism is allowed to exist. I call bullshit on someone being a "nice guy" if they think for one second that blackface is acceptable EVER. As someone who teaches kids, the fact that he didn't think anything of painting his face black in spite of the history is appalling.

Now, because I've been vocal about this not being funny, I've been told this week (mostly by white males but by one person of colour) that I'm humourless and that our society is garbage because this is "nothing." I respectfully disagree. I was also told that minstrel makeup and "painting your face black" are not the same. WHAT?

I do think that it is fully acceptable if you want to dress up in costume of someone of a different race and think you can do it and not make it a minstrel show.

Case in point — the girl everyone loves to hate, Miley Cyrus. She dressed up as Lil' Kim for Halloween this year and shock of shocks, she didn't paint herself black in any way, shape or form. She dressed up as someone she admires and it didn't take anyone more than half a millisecond to know who she was (if you know about rappers from the late 90s, that is).

You can view the (slightly NSFW) picture here.

In my humble and personal opinion, you can dress up as a character from a movie you like, as your favourite singer or as anyone else you like as long as you don't add face paint to the mix. Unless, of course, you're looking to be the Incredible Hulk.

It ain't easy being green.

What are your thoughts on the recent resurgence of blackface in popular culture?