How To Meet Your Idol

Social Media isn't just for catching up with friends 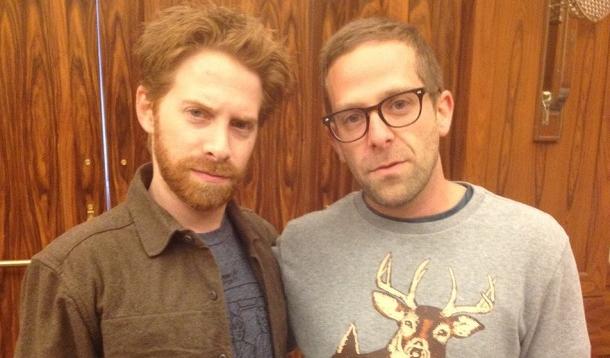 We've all seen campaigns where people ask celebrities to be their date for prom, or a banquet, or other formal event with moderate success, but what if you just want to meet someone because you know it will make a good photo op or it's just a lifelong dream? It's something that's totally doable, and something my friend Rob Chodos successfully did earlier this year with actor Seth Green.

Why Seth Green, you ask? Well, the two look a lot a like: 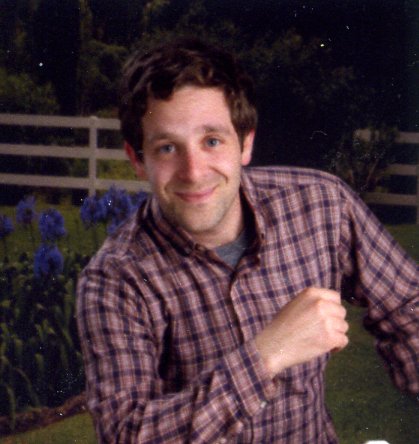 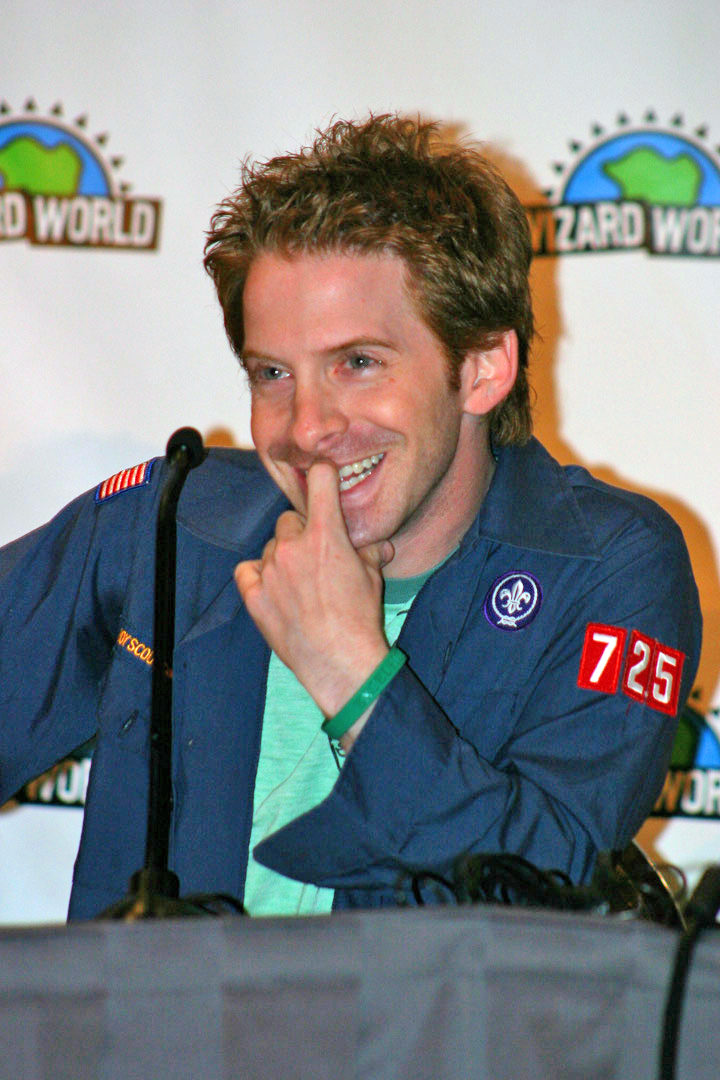 These two look so much alike that Rob admittedly has used this likeness to his advantage. He admitted to me that while on a Kibbutz, he was mistaken for the actor and played along in order to score some grub from other campers a number of years ago. He's also been stopped in airports, malls and the like. Rob doesn't mind it so much, and it's pretty flattering, I think, to be mistaken for a celebrity.

But why decide you want to meet your celebrity Doppelganger, or any celebrity for that matter? Mostly for fun, I would think, and I asked Rob what made him decide to reach out to Seth Green. He said, "Mostly for a good story...And I've been mistaken for him for years, so I thought it would make a good picture!"

Rob set out by doing a Twitter campaign way back in June, a few months before Seth was going to be in Toronto for JFL42. The way it worked, he asked his friends to tweet at Green asking him to meet with Rob while in town, and to have us (his friends) get our other friends in on the tweeting. Because of this campaign, some friends of Rob's from high school got wind, and they let Rob know that they would be interviewing Seth while he was in Toronto for a documentary about classic wrestler The Iron Sheik while Seth was in town.

They asked Rob to tag along.

Rob says that during their time getting ready for the interview, he was mistaken for the actor by one of the crew members! When Seth arrived, I think he looked suspiciously at Rob at first, and then Rob let him know who he was: the Twitter campaign got to Seth! He said, "That was you!?" and happily took photos and tweeted this out: 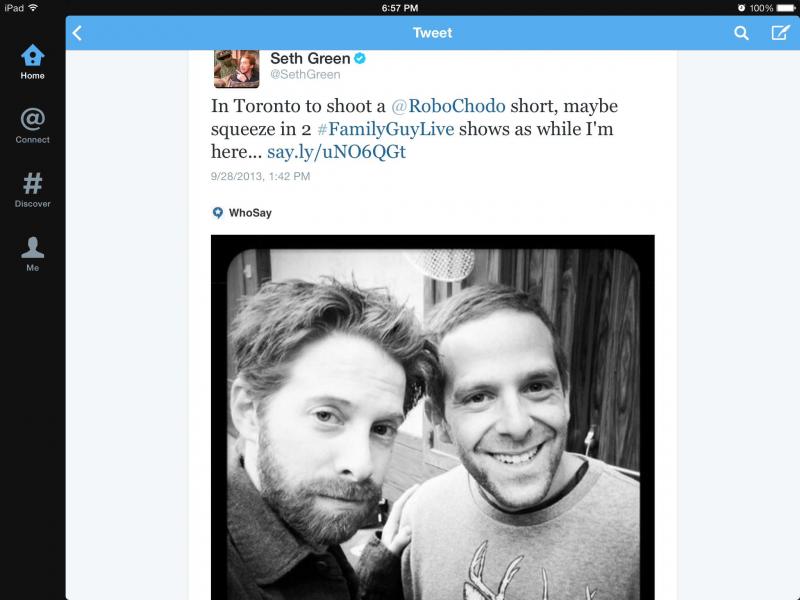 Obviously, there was no movie to be made, but Rob had told Seth the idea and I think Seth thought it was funny enough to tweet that out to his thousands of followers. I asked Rob if he'd do something similar again, and while he said he personally wouldn't, he thinks it's a fun idea for anyone to give it a try because, at the very least, a few great photos and a good story is all anyone really needs at the end of the day.

Rob was lucky because of his friend connection, but the fact that Seth took notice of the tweets is awesome. Social media can seem alienating, but in many ways, it's bringing all sorts of people closer together.

Have you ever used social media to interact with a celebrity you love? Tell me about it in the comments below.