Or: How to Succeed in Taking an Infant and Toddler to the Movies 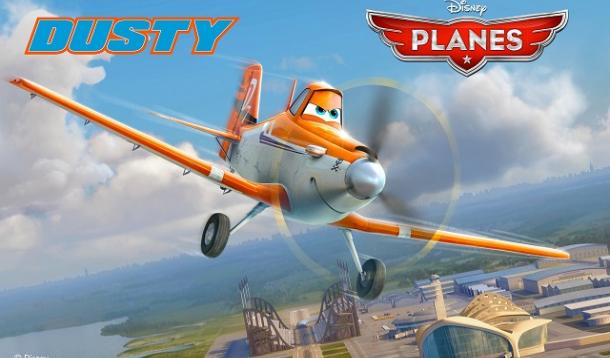 A few weeks ago, we were invited to go to the new Cars offshoot, Pixar's Planes which comes out August 9 and I thought it would be a perfect opportunity to introduce Henry to the joys of going to the movies, so I happily took the tickets. Then I realized that I would have to bring Lauchie, so I'd also need Matt's help. It was a Saturday morning, so it fit within Matt's work schedule. Henry had no real idea what "going to the movies" meant, and Lauchie, well, he's a baby.

So, I planned. We own noise cancelling headphones for the kids, so Lauchie got to wear his for the first time. Henry had a good night's sleep and a healthy breakfast and we waited for Matt to get off work because going alone would have been out of the question. I'm so so glad we decided to go as a family and not just mama taking the kids to the movies.

Lesson 1: For a first time movie experience, it's probably a good idea not to go solo parenting if there is more than one child.

This was good, because at one point, Lauchie woke up and needed to nurse, so Matt sat with Henry and I nursed the baby. At another point, Lauchie was sleeping and I followed Henry out of the theatre and into the lobby. He's a toddler, he's restless. I almost told Matt not to come, but I'm SO glad I didn't. The helping hands was great for stuff like snacks, walks and bathroom breaks. It really eased my stresses. Unlike lesson 2.

Lesson 2: Be prepared for your kid to not be able to sit still or even sit through the whole movie.

Henry has sat through movies at home before. He loves animated stuff and LOVES the Cars franchise, so I figured he'd happily sit around. Nope. It was loud and exciting and there was a lot going on, so Henry was up a lot. He also was really desperate for "more acorn" (popcorn) but the snack counter wasn't really open because it was Saturday at 10am. So, the popcorn we got was all we got. Which leads to lesson 3.

Lesson 3: Make sure the kids are well fed.

We thought Henry had a big enough breakfast, and that half a bag of popcorn was more than enough, but with the excitement, playing the Planes video game and all the people, he was ravenous.

Eventually, we learned the hardest lesson:

Lesson 4: Be prepared to walk out of the theatre before the movie is over.

Henry was overwhelmed and hangry before the movie was over, so we had to leave. I wanted him to stay and watch the whole movie so he wouldn't be upset that we left early, so we sort of had a family meltdown. Henry didn't even care that the movie never properly ended. He was happy to have seen any of Planes and talks about "see Planes again" (his new favourite word) on repeat.

I'd love to take him to another movie, just me and him, but I'm so glad that we did this first outing as a family. One day, Lauchie won't sleep through and won't have to wear his crazy big headphones and we'll do it all again for the first time.

Oh, and the movie was pretty decent, too. Especially for those of us with kids who love the look and feel of the Cars movies. The story is similar to Cars 2: an international caper with a race, hidden bad guy and romance.

Not a bad first flick for our little guy. And his El Chupacabra toy that he got is his new favourite thing in the world (mine airplane!).

If you're looking for a movie experience for your little guy that will make him happy in the dog days of summer, I think this is the one. Older kids may get bored, but as an overall experience, this was just right for us.

So spill it! Would you take two small kids to the movies?

Kat Armstrong: Celebritease Kim Kardashian Is Having A...