And her half-time show proved that you can be sexy, smart AND powerful 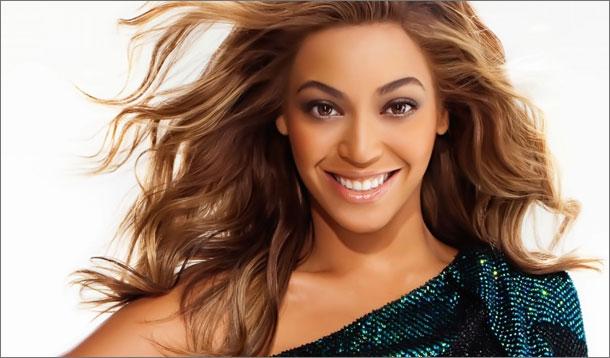 After I saw a comment on a mum's group early on Monday claiming that Beyonce could not be a "feminist" by wearing a sexually charged outfit (I'm paraphrasing), and that women who wear sexy clothes can't be considered feminists because they look "skanky," I took to Twitter to express my frustration. It frustrates me to no end that in 2013, we still need to explain to women as well as men that regardless of what a woman chooses to wear, she is not trampy nor asking for it. I also find it incredibly frustrating that we still try and put the onus of education on celebrities and pop stars whose job it is to entertain us to also parent our kids.

Beyonce, while stunningly beautiful, certainly doesn't fit the standard Hollywood beauty model. She's black, she's not particularly busty and she's got amazing curves complete with a big booty and thick thighs. She works very hard to maintain her looks as it's part of her job—because whether we like it or not, part of a pop star's job is to be beautiful. We shouldn't begrudge her for that. And we certainly shouldn't call her trampy for wearing a high-profile, over-the-top outfit to perform a 15-minute mini-concert for millions of people around the world.

We also shouldn't clutch our pearls and claim that she's too scantily clad for our children to see. What we should be saying to our kids (sons AND daughters) is that this is her on-stage persona, her costume, and she wears it because it's part of the bigger show. It's probably much easier for her to dance in a unitard than it is to dance in a full ankle to neck covering outfit.

And yes, this outfit shows a lot of skin. But no, we shouldn't expect that we will all have kids who grow up to look like Beyonce, nor should our kids feel threatened by that, or bad about it. And the onus of teaching our kids that is on us, not on her. Everyone is different in their own way, and everyone is beautiful in their own way, with his or her own abilities and talents, and I'm sure that at the end of the day, what's most important to Beyonce is her daughter, her husband, her family and her career. The same as every single mum and dad around. It's our job to teach our kids good values and self esteem, not celebrities.

The thing that really struck me, both on this mum's forum earlier today, as well as within the comments of a Jezebel article about the spectacular show, was people arguing that for all her talk of feminism, she was dressed too provocatively, that she is too sexualized to truly have the brains or understanding of what it truly means to be feminist.

A woman, by the same right as any man, is allowed to wear what she wants and achieve whatever she desires. And Beyonce has done just that. Independent Women isn't just a song. For her, it is truly a way of life. And there are those of us who believe strongly that women should have equality, be treated with dignity and respect and be able to wear whatever our hearts desire, whether it be prairie chic or mini skirts and high heels. This is the prerogative of a woman, a man, of any individual who wants to dress in a style of clothing that is pleasing to them. Beyonce wasn't walking into a board meeting at her clothing line, or a contract negotiation with her record label.

She was walking out on stage with all her beauty, brains, and sexuality and still owning the shit out of everyone in that stadium.

There are a myriad of reasons why I think Beyonce's half-time show has been lauded by some, but at its core, I see patriarchal divide and conquor sexism rearing it's ugly head. Sexual women, by their approximation cannot be powerful because they are sluts. Beautiful women are too stupid to know what power they hold. And these comments, along with many others can come from both men and women who don't fully appreciate that it takes a lot of guts, a lot of determination and a lot of hard work to get where Beyonce is.

Every single performance at at the Super Bowl was done by a black woman (stellar performances from Jennifer Hudson, Alicia Keys, and Kelly Rowland/Michelle Williams of Destiny's Child), and that alone should be what we're buzzing about, but what we're focusing on is what Beyonce wore and how unsavory that was. I didn't see the same backlash last year with Madonna's laughable show, and she even had thigh-high boots, fishnets and a mini skirt on!

It's time we started shifting perception and stopped lashing out at celebrities for doing exactly what they are here to do. Entertain, empassion and empower. Beyonce is one of the best performers, singers and songwriters of recent decades and to question her feminism or decry her ability to do her job based on an outfit is clearly rooted in bigger problems we have as a society when we see women, especially women of colour excel in their fields.

I'd like to lead that charge, and I hope others do the same.

Let's empower ourselves, our children and our families to have the right tools to combat the stereotypes portrayed through sexist comments and remind ourselves that while we all can't be Beyonce, we can certainly enjoy her kick-ass half time show.