Hollywood Divorces From All Over The World

Marriages Over In A Flash 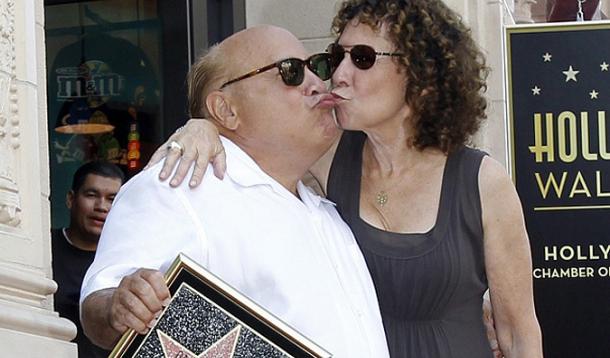 What is going on this year? I feel like there have been A LOT of celebrity divorces (TomKat, Heidi and Seal, Russell Brand and Katy Perry, etc., etc.), and now we can add two more to the pile. Earlier this week, we found out that after thirty (YES, THIRTY!) years of marriage, Danny DeVito and Rhea Pearlman are divorcing. It was beyond shocking. They seemed like they'd really beaten the odds.

Then, more information started trickling out—turns out, you don't have to be Brad Pitt to get a lot of attention as a famous actor in Hollywood. Nope. You can be a petite man in his sixties and still have foxy young ladies crawling all over you. Apparently, DeVito's wandering eye eventually got the best of him, and Rhea had had enough and ended their marriage. I hear the final straw came when he was driving around in his private car (with a driver), with a young up-and-coming (a.k.a. wannabe) actress, making out (apparently, this was his M.O. for YEARS). I would be filing for divorce, too! Apparently, Rhea had been unhappy for close to ten years, and Danny just wasn't willing to make things better.

And then, today (Sunday), news breaks from Australia that after nine years of marriage, Russell Crowe's wife Danielle Spencer has filed for divorce. Crowe is currently filming the Noah's Ark movie stateside, and, apparently, his hectic schedule has given her enough to want to call it a day. These two have also known each other for over thirty years! They had met and were friends for twenty-two years before marrying in 2003.

More info could leak out before we wake tomorrow, but I hope this isn't another he's-a-cheater thing. This is why dudes get a bad rap—men in power get overwhelmed/excited about their positions and do stupid, stupid crap (like sleeping with young wannabes when you have a perfectly great, loving, and long-term-putting-up-with-your-shit partner at home).

So, spill it—what do you think of all these celebrity divorces?