Just remember to plan ahead, and you'll do OK. Ah, Fan Expo. Nothing like a convention centre filled to the brim with everything from Star Trek to The Watchmen and every single imaginable steam-punk thing in between. I got a chance to chat with Event Coordinator, James Armstrong (no relation) about what's happening this year at the event, and I was surprised at just how family-friendly they strive to make the weekend. James said, "At Fan Expo Canada, we strive to entertain families. For a number of years now, we've had a coupon where any child under the age of 12, if accompanied by an adult, gets in for free." (Which, btw, is GREAT cause there is a LOT and I mean A LOT of neat stuff to buy. This isn't going to be a low cost day or weekend).

The weekend started with the original Hulk himself, Lou Ferrigno. Guys. He's adorable and charming and in AMAZING shape (he looks about ten million times better than Arnie or Sly). Just look at him: There are some pretty neat exhibits going on this weekend, too. You can take a photo of your family on THE THRONE from Game of Thrones (we've already got ours, thanks); there's loads of video gaming to try; about ten million comic books from rarities to complete collections bundled (for super discounts); adorable clothes (Star Trek onsies and cute stuff like Punch Brand clothing); local artists like Sean Ward (Toronto Batman and I sang back up on one of his records about 5 years ago!); giant Lego sculptures (see photo below) and cosplayers like you wouldn't believe (also below).

James says that the key to surviving Fan Expo is to plan ahead and make sure that you map out what you absolutely must see and go to those booths first, otherwise, you'll get far too side tracked. I'd like to add a few of my own to those tips. Don't wear open toed shoes, make sure you have snacks and water on hand AND money for food. I already saw at least 5 strollers today so I'm hoping we aren't the only ones with one Friday. We've also been told that Sunday is the least "crazy" of all the days. DO dress up, but keep in mind that a) people will want to take your photo and b) you may get uncomfortable.

With so much to see and do at Fan Expo, it's also probably a good idea to buy a multi-day pass. There's absolutely no way you can catch everything in one day. Between panels, autographs, celebrity photo ops and all the neat stuff you can look at (AND SO MANY STAR TREK ACTION FIGURES) this is definitely a weekend adventure...and probably a good idea for the little guys in your life to not get too overwhelmed in one day.

I'll be at Fan Expo this weekend in my Game of Thrones tee, with my little Ewok (or maybe C3PO or maybe even Avenger) and my Super husband....see you on the floor? 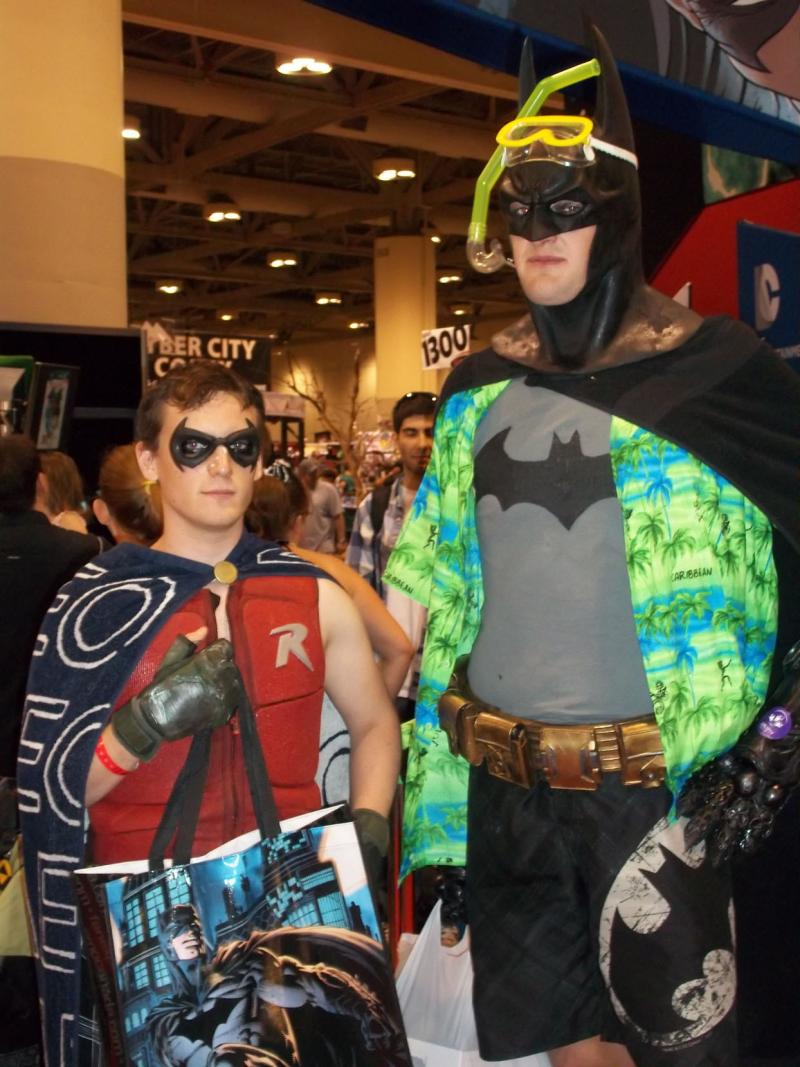 Batman and Robin are going to the beach. 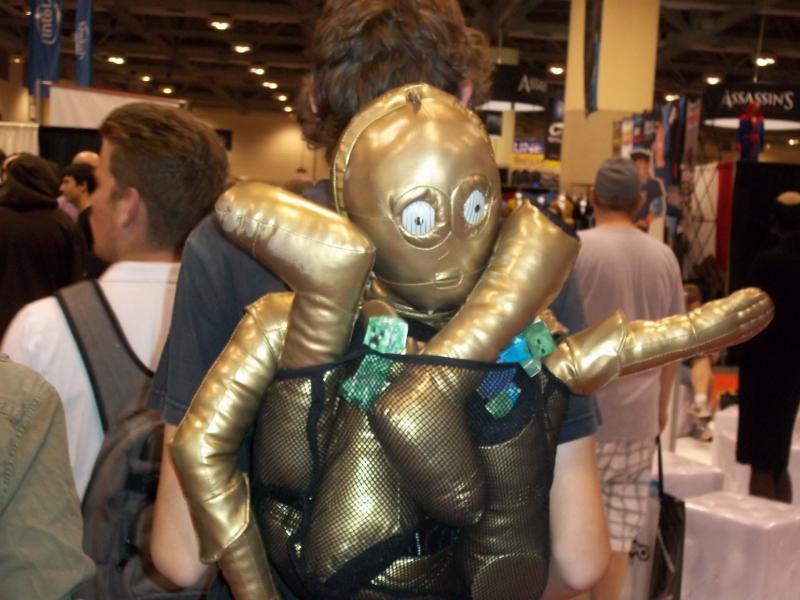 This is an actual backpack. I LOVE IT. 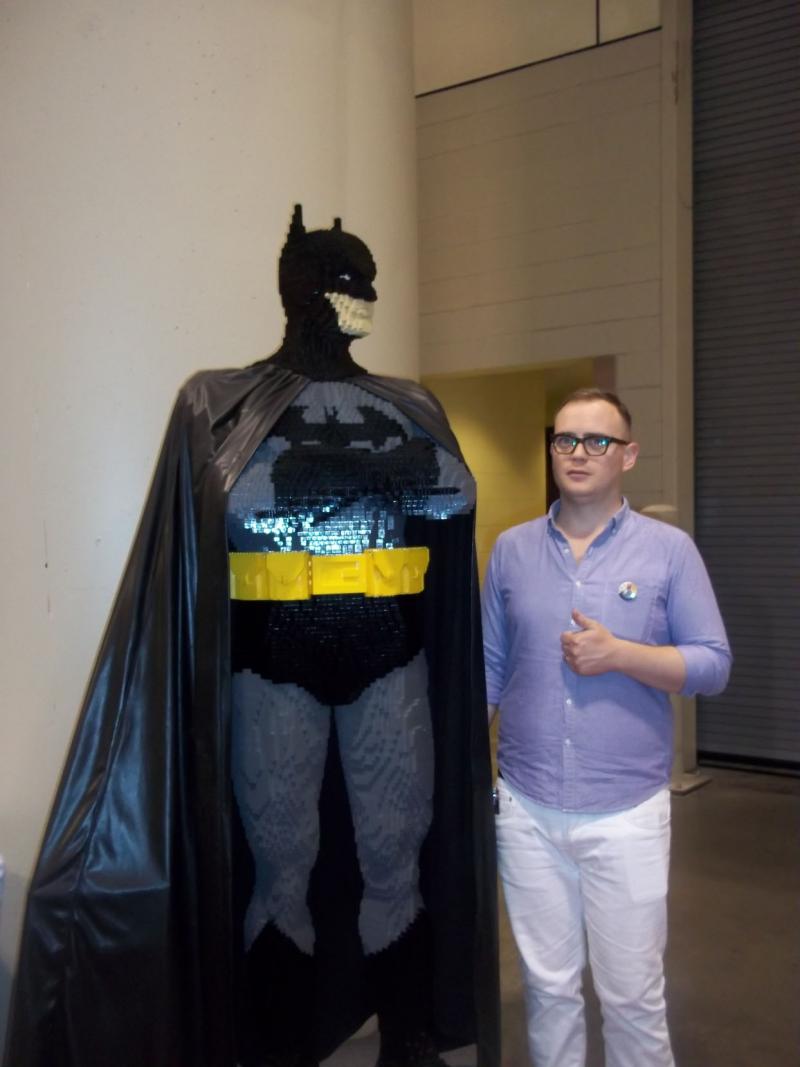 There was also a Lego Hulk, Gandalf, Bilbo Baggins and Django Fett.