Is it scandal or a career booster? 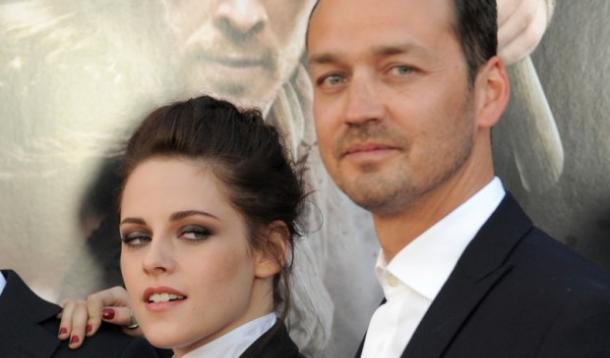 I might accuse you of living under a rock if you haven't heard about the "scandal" around Kristen Stewart and her Snow White and the Huntsman director Rupert Sanders. But I sat and waded through all the news pieces over the last two weeks and something always smelled fishy. I couldn't quite put my finger on it. But then it hit me. I'm pretty sure that Kristen Stewart used this as a career boost—after being in Twilight and trying to build a bigger name for herself, she "cheated" on her live-in boyfriend Robert Pattinson with director (and married father) Rupert Sanders. But in the process, she destroyed a family and ruined her relationship. This is what is stinky to me. I really think this was calculated.

Now hear me out.

It's clear that Sanders had a crush on his starlet (you can see his ramblings here, here and here) even when filming, since he uses words like "rebellious" and "intuitive" and "stunning." They also seemed to get along quite well during the press junkets, often standing fairly close to one another. There were even reports that during one stop, Kristen took Rupert and wife Liberty Ross' kids out for ice cream (dad's new girlfriend syndrome?).

The movie came out in May. It did OK for an early summer blockbuster and the reviews were fairly positive, but it was quickly eclipsed by films like The Avengers  and The Dark Knight Rises. Then, in July, the photos surfaced.

In at least one of those photos, it looks as if K-Stew is looking directly at the camera. Just a day or two after the photos broke (and I think that the photos were "tipped off" and in Hollywood, that usually means "celebrity X called the paps"), Kristen released a statement to People magazine. PEOPLE. If you got caught with your pants down, would your first response be to contact the media? What about your live-in boyfriend, Kristen?

The couple has been notoriously private in the past about their relationship and it was mostly speculated that they were together up until the last 6 months or so. So why did she think it was more appropriate to go to the media with her apology? This makes me think this was her plan all along. Both Kristen and Rupert have both stated adamantly that they never had sex, so maybe she thought this would be the perfect non-threatening scandal to boost her career? Her critics always call her flat and boring so a little steamy scandal could have been just what the Doctor ordered.

In recent days, Sanders has been spotted eating with his wife around Hollywood but news is that Robert Pattinson's final straw was the very public apology and not the indiscretion. He is notoriously shy and it's pretty clear that Stewart basically had her whole little game blow up in her face. Apparently, the drunk dialing won't stop.

I hope that at the very least, Sanders and his wife can work on something for the sake of their children (it's not up to me to decide if they should stay together, only up to Liberty Ross). Both RPatz and K-Stew have big movies coming this year, so the press will just keep turning. Because of this little fling of Kristen's, Rob's name is being thrown all over the tabloids—exactly what he has never wanted to have happen in his career.

Both Kim Kardashian and Paris Hilton had sexual things (aka tapes) help keep them notorious in Hollywood and it seems more and more evident that Kristen Stewart was trying to do something simillar with less repercussions, however, it completely backfired and now she's lost a decent man and any credibility she had as a "different' kind of starlet.

Spill it! What do you think of Kristen Stewart's affair?

Kat Armstrong: Celebritease Monster High Be Scareful What You Wish For!