Anarchy in the Cornfield

Being a bad citizen never felt so good

Anarchy in the Cornfield 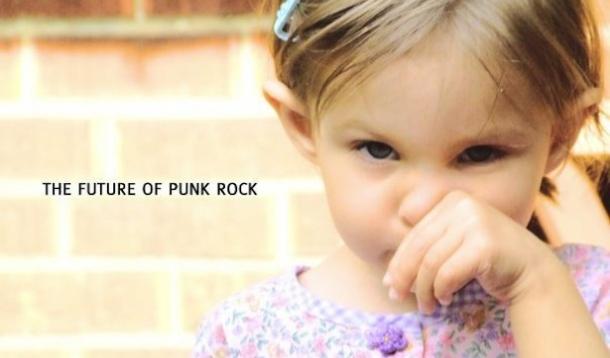 These things are simply part of the social contract when you live in a densely populated city, as are overpaying for coffee, pretending you are not standing in a stinky man’s armpit on the subway, and understanding that the difference between summer and winter footwear are the height of your Chuck Taylors.

In Toronto, I obeyed the signs that told me not to trespass, idle, enter, or stand. I did not hop fences (save for a few midnight picnics on the grounds of Casa Loma in my youth), enter through the exit or assume that I had the right-of-way. And I expected the same of others.

Then we move out here to the cornfield, and I swear to you, it is anarchy. And not the Emma Goldman/Noam Chomsky/socks-with-sandals kind of anarchy I am used to: these people do not obey the rules. In fact, I don’t think these people have even considered that the rules may exist.

Case in point: last May 24 (I hope you read that as May TooFor) we went to a friends’ house for a perfectly lovely backyard barbeque. The adults were relaxing and visiting, and the kids were running amok in the ample backyard (ample backyards are still a novelty for me). Once the sun went down, all the kids were given sparklers (my spidey senses yelled Danger! but the beer in my hand told me chill out! You live in the country now where toddlers get sparklers!), and we headed into the ravine to shoot off our own fireworks.

You heard that right: we headed into the ravine. To shoot off our own fireworks.

Trust me when I tell you that I was the only one in the parade of families heading into the ravine to shoot off our own fireworks, who punctuated nearly every step with, “Are we allowed to do this? Is this ok? Aren’t we breaking like, six bylaws right now? Is this legal? Don’t at least two of the friends in this group work for the city? Are we allowed to do this? How is this happening?”

And then, as we ducked out of the way of the exploding missiles being poorly aimed right above our heads, I understood:

This could never happen in Toronto because there are not enough ravines to accommodate 2.5 million cowboys and their homespun, questionably safe fireworks displays. Instead, we all went to the free, gigantic fireworks displays that the city put on in a designated, regulated space. In a city of 2.5 million people, that is how it has to be in order to keep everybody’s privacy, land, space, and comfort protected. As with all the signs and the ability to ignore the armpits in your face on a crowded subway, it’s all part of the social contract.

But there are less than 40,000 people in this town. Shooting off our own fireworks in a ravine in a sparsely populated area is fine. We were not disturbing anybody’s privacy, space, land, or comfort.

The social contract still exists here, but it is different.

Like children zooming by on ATVs, picnicking on a stranger’s private dock along the river, parking anywhere, or partying in a cornfield, what looks like anarchy to one is simply status quo to another.

And as long as people here continue to look both ways before crossing the road, I suppose I can get used to it.

One of the biggest surprises associated with quitting my job 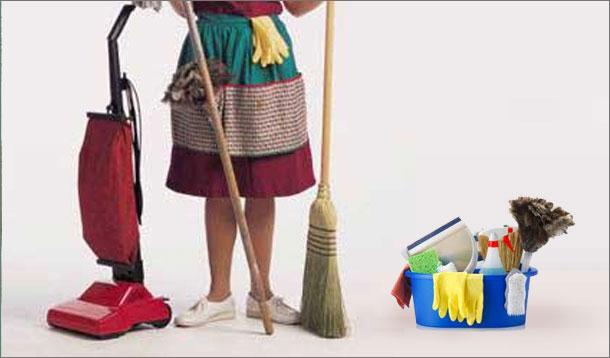 One of the biggest surprises associated with quitting my job, moving out to the country, and becoming a stay-at-home mom was…

a) I am still expected to get dressed every day

c) I am not yet bored

You could have answered a, b, c, or d and been correct, but I think you have already guessed that the answer I’m going for here, is d.

In addition to taking care of the kids, doing all the things associated with being a mother and doing all of the food planning/prep/cooking (all of which I adore, btw), plus spending my days writing, my husband actually thinks I am also a housekeeper now.

Of course, he’s not vocalized this misguided understanding of his (I said he’s funny, not stupid), but his not-so-subtle hints are evident. I honestly think he’s struggling — on one hand, he is a super-supportive, thoroughly modern man who left the decision to stay home completely up to me, and had previously supported and nurtured my 12-year career outside of the home.

But on the other hand, I’m home now, he is the primary money-earner, and, did I mention I’m home now? The implication, I have to assume, is that the cleaning of the home that I am now staying in all day, is mine.

And it’s possible that he is right; that keeping the house clean is now solely my domain. (And FTR, it’s not like our house is a sty, but still.) It’s possible that he’s right, but having never engaged our household in such a traditional model before, we’re at a bit of a crossroads in regards to the delegation of domestic responsibilities.

What that means is that he gives me side-eye while surveying the mess at the end of the day, and I glare at him in a way that suggests not helping me clean up will result in some very boring evenings for the next little while. (I kid. I don’t use our intimate relationship as currency. Much.)

Really, my point is, we are not sure which way this part is supposed to go. In Toronto, when we both worked full time outside of the home, we had a housecleaner come in every couple of weeks to do the real deep and dirty work, and equally shared the rest of the responsibilities. Now, we’re just not sure what our roles are supposed to be. I don’t want to do all the cleaning; I hate it. And quite frankly, I don’t want to talk about it with him because his assumption that I should do it might be right.

I am sipping tea and patching a hole in a quilt right now. No I’m not. 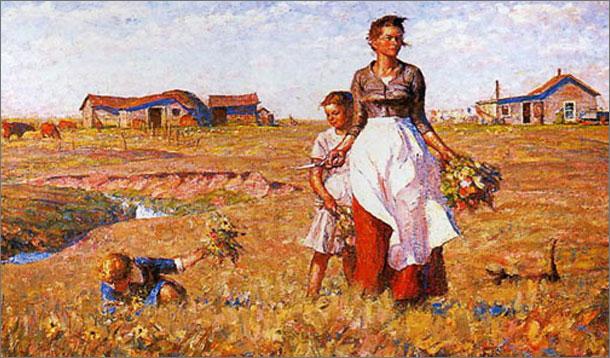 One of the reasons I thought I could handle leaving the city to move out here to the cornfield was because I have harboured a Little House on the Prairie fetish ever since Carrie fell down the well. I’m a pioneer at heart, I would say to myself, while ordering a Grande Americano from Starbucks and wondering if I got any actual mud on my Hunters. (Quel damage!) Then one summer I canned peaches, fancied myself a total pioneer rockstar, and knew I could leave the city for greener pastures.

Of course, the realities of rural-ish life are quite different than my fantasies. For one thing, the closest Starbucks is 100km away (I KNOW). For another thing, nobody will let me drive their tractor, and Jack the brindle bulldog went out to catch possums one night, and hasn’t been heard from since. Still, the pioneer dream remains alive and well. In fact, I am sipping tea and patching a hole in a quilt right now. No I’m not.

Ways in which I am similar to an Ingalls:

Ways in which I remain different from an Ingalls: