Cigarettes and tofu—it's what's for dinner 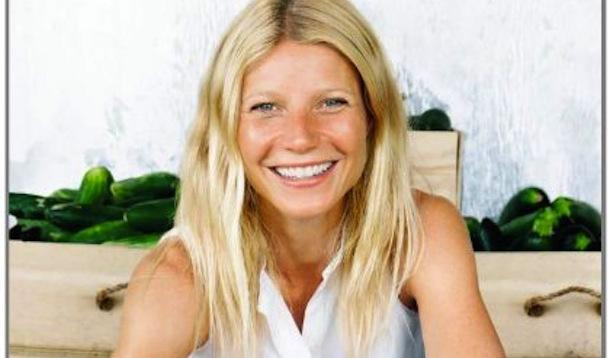 The harbinger of all things health admits to Harper’s Bazaar that she is still, “finding the balance between cigarettes and tofu.”

When Gwyneth Paltrow, the glossy, golden good girl that everybody loves to hate, suggests that “any pair of” $255 leggings or $895 Valentino flats will do for your spring wardrobe, I chuckle at the joke it is and wonder if she realizes even for one second per year, how very privileged she is.

But I get why she opts for these extravagances—she can. She can afford it, she has places to wear such things as paneled leather jeggings and metallic silk mini-skirts, and it’s completely on point with who she is and the world she inhabits. She is a glamorous fashionista movie star. I get it.

The other (public) side of Gwyneth is the fresh-faced, tousled, natural mom who is so concerned about her family’s health that she released a cookbook recently called, It’s All Good (perhaps you’ve heard of it), featuring recipes that follow the strict elimination diet that her doctor prescribed. This means that Gwyneth was so concerned with her skyrocketing stress-levels, plummeting Vitamin D levels, and worsening anaemia, that she was willing to adopt a lifestyle that, according to the publisher’s book description, “meant no coffee, no alcohol, no dairy, no eggs, no sugar, no shellfish, no deep-water fish, no wheat, no meat, no soy, nothing processed at all!”

I have no doubt that Gwynnie and her fam can live, at least for a time, on a diet as restricted as this. She has help. She has money. She has people to do things for her like, you know, shop and cook.

And I am not somebody that is screaming that forcing this diet on her offspring is akin to child abuse. Guys? It’s not child abuse. It might be projecting some of her own neuroses and perhaps disordered eating issues on her kids, but they will soon be off to McDonald's with every other teenager, laughing about what a loon their mother can be.

But here’s where all pretense of understanding for Gwyneth that I may have ever had goes out the window:

She’ll give up sugar, soy, dairy, meat, shrimp and coffee, but not cigarettes.

She’ll give up eggs because her stress levels are high, but she won’t give up cigarettes even though her dad died of cancer.

Granted, she claims to only smoke one cigarette per Saturday night, but that’s still smoking. And for somebody who spends her time telling other people how to live their best, healthiest life, I call bullsh*t.

If Paltrow didn’t constantly position herself as super-human, I might not be so harsh about this. I might give her a pass. We all have our weaknesses, I might say. But G doesn’t like people to see her weaknesses. She tells you about her problems, but only after she has overcome them. She doesn’t want you to relate to her as somebody with vulnerabilities, she wants you to relate to her as somebody with answers. With a plan. With a motto, with the knowledge that, It’s All Good.

Only this time? Sorry Gwyneth. It’s just not.