Two Squirrels, a Bunny, and a Lesson in Belief

Nature has a way of putting things into perspective 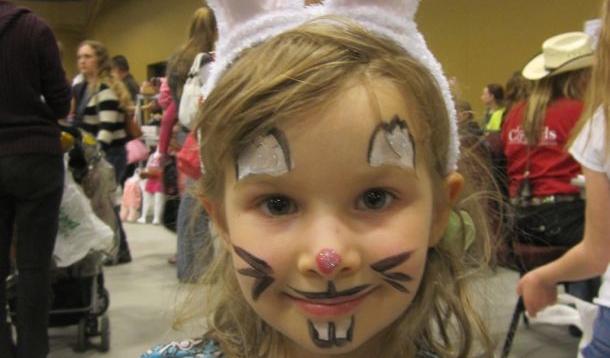 It was circumstance and not experience that told me the fist-sized package that had fallen 25 feet to the asphalt was a baby squirrel. At first I thought it was a dried pinecone or a clump of dirt meant to pad a nest that had been freed from the thick web of needles and fallen to the ground. Only when it began to scream — high-pitched, desperate — did I realize it was a living thing that had rained on my driveway, and even then, my immediate thought was, baby bird.

But as I ran over, I saw this tiny, hairless, squirming creature had a wispy tail and a mammal’s features. I had never seen a baby squirrel. It looked more like a vole or a mouse with a stout nose. It was beautiful in the way that all helpless baby animals, regardless of species, were beautiful.

By now my husband and the girls were standing with me, regarding the baby with a mixture of fascination and panic, as questions and theories were lobbed over it in an anaemic desire to protect it from the thing that had already happened.

This is nature, I told them. Don’t be scared, this is sometimes what happens in nature, and it will be ok.

It was only when my husband walked to the base of the pine that loomed some 35 feet above our sloping driveway, did we realize that this wretched creature was not alone in his misfortune. A second baby lay tangled in the dry pine brush below the tree.

We spied the mother moving down the trunk of a neighbouring tree. In its mouth was a third baby. See, we told the girls in hushed voices, Here comes the mummy now. We told them that we had to leave them, that the mother wouldn’t come get her babies as long as we were standing there. I did not add that we were late getting ready to leave for a pre-Easter family dinner and I had no idea what else to do but go inside.

Weeks earlier we had discussed whether or not the Easter bunny should be permitted to become part of the weekend’s lexicon. Like Santa, we did not encourage secularized, make-believe entities to play a role in the holidays, or become our children’s impetus for good behaviour. We had decided that, like Santa, we would neither confirm nor deny its existence. We were allowing their grandmother to host the Easter bunny at her house, but made it clear to our kids that the Easter bunny would not be coming to ours.

The children accepted this compromise, and chose to believe the story despite our lack of confirmation.

They looked to me in the driveway, and I assured them again that the mummy  squirrel was coming. We made our way into the house.

Once inside, Chris went online for advice, and found that while a fall out of a nest was a common occurrence, we could help keep the babies safe and comfortable until the mother came back for them by putting them in a box lined with something soft. He and the girls found a shoebox and an old tea towel. Chris put on gardening gloves, and with the girls watching intently, gently lifted each tiny creature into the box, where they instinctually moved together into a huddle. I went inside quickly and continued the business of getting ready to leave.

Hours later, we came back home, full, tired and ready to relax. As we pulled into the driveway, the headlights illuminated the little white box at the base of the tree. It startled me, as though in my conviction that the mother would come back for the babies, I had somehow, foolishly, expected her to take the box as well.

Check the squirrels! came the twin cries from the backseat. I took the flashlight from the back of the car and shined it onto what I fully expected to be an empty box.

Two baby squirrels huddled together, still and quiet in the chilly darkness.

I stood with the flashlight’s beam on the box, and willed a paper-thin chest to flutter. Please.

The girls were clamouring out of the car. Are the there, mummy, are they there? Did the mummy squirrel come and take the babies back up the tree? I turned off the flashlight and quickly corralled them towards the door.

Yes, I said, the mummy came. The babies will be fine. Everything is ok. Let’s go inside, its cold out here.

While I got the girls into their cozy pajamas, Chris dug a grave for the squirrels in the western corner of the back garden.

Go straight to sleep, I told them as I tucked them in tight. It’s a big day tomorrow. The Easter bunny is coming.